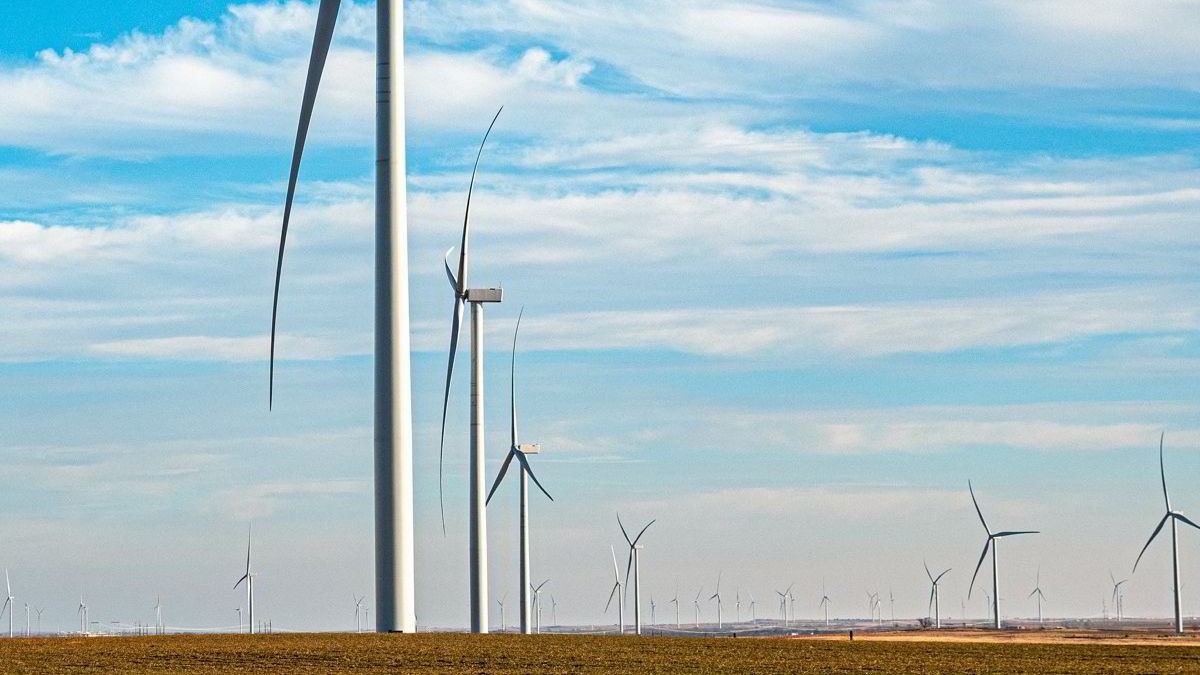 The 356 GE turbine-powered wind farm, which spans Blaine and Custer counties in north central Oklahoma, is one of the largest wind farms in the world.

Traverse is the third and final wind farm that makes up the North Central Energy Facilities, which also includes the 199 MW Sundance and 287 MW Maverick wind farms, which began commercial operation in April and September 2021, respectively.

All three wind farms were developed by Chicago-based Invenergy and are owned by PSO and SWEPCO. It’s also the largest combined onshore wind project in GE’s history.

North Central Energy Facilities’ three wind farms will provide 1,484 MW of clean energy and will save customers an estimated $3 billion in electricity costs over the next 30 years.

American Electric Power says that it is on track to reach an 80% reduction in emissions from 2000 levels by 2030. Nicholas K. Akins, AEP chairman, president and chief executive officer, said:

AEP is investing $8.2 billion in regulated renewables and nearly $25 billion in the transmission and distribution systems through 2026 to modernize the grid, enhance reliability and resilience, and deliver more emissions-free energy to our customers. Including North Central, we plan to add approximately 16,000 MW of wind and solar in our regulated states by 2030 as part of our goal to achieve net zero carbon emissions by 2050.

In April 2021, Electrek reported that the Public Utilities Commission of Texas chose not to partake in the huge wind project. At the time, Akins said:

We are disappointed that our SWEPCO customers in Texas will not be able to benefit from the low-cost wind energy the North Central projects will provide.