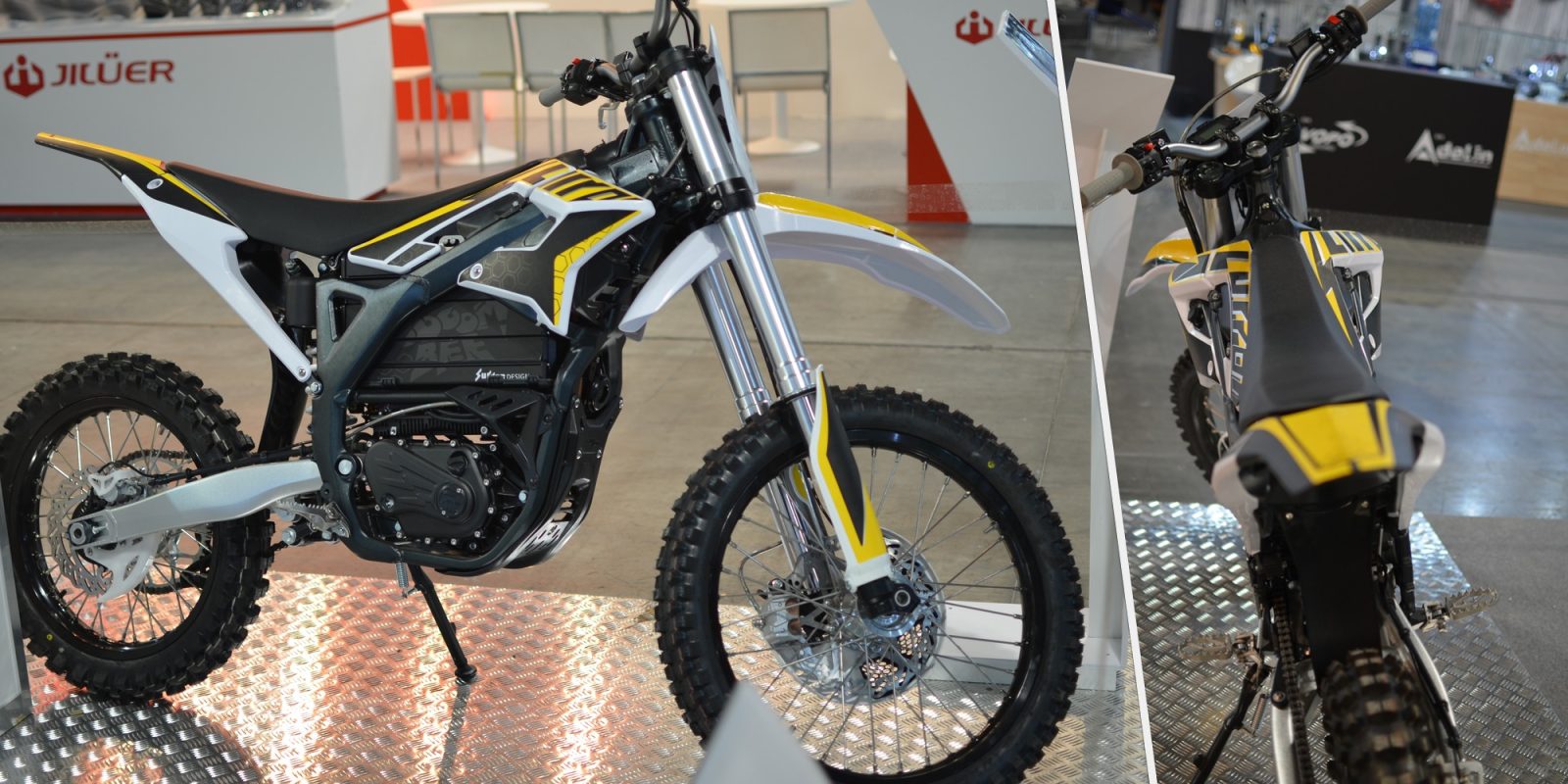 The Sur Ron Storm Bee electric dirt bike has seen a highly anticipated (and long-drawn-out) run up to its wider public release. Most of the models currently in existence are early production units sent to various dealers around the world. Luna Cycle, the US authorized dealer for Sur Ron, shared a video today showing the owner pushing the Sur Ron Storm Bee to its limit on a dyno.

Eric Hicks, the founder and owner of Luna Cycle, is a well-known colorful character in the electric bicycle world.

Just as Luna Cycle has gained a dedicated cult following for its nonconformist brand, Hicks has never shied away from pushing limits.

Look no further than some of Luna’s models, like the “Fat BABE” electric fat tire bike, with BABE apparently forming a backronym for Bad Ass Belt Ebike. Luna is also known for pushing the limits of speed and power on many of its e-bikes – not just its Sur Rons.

But the latest limit pushing comes in a full power dyno run on the Sur Ron Storm Bee, with Hicks even going full tuck for maximum aerodynamics on the run.

You can check it out in the video below.

The Sur Ron Storm Bee uses a mid-mounted electric motor with final chain drive. That chain drive contributes to most of the sound you can hear from the bike.

That means we’re likely looking at a speed limited model or perhaps some modified gearing that could result in higher torque but lower top speed.

Electrek got one of the first close-up looks at the Sur Ron ever when we spied it in Milan in 2019.

The path to full-scale production for the model has been a bit bumpy ever since the COVID-19 pandemic hit.

The Storm Bee was also slated to become available in a street-legal version that could have challenged bikes like the Zero FXE, though details are still sparse on when that model could be available to the public.

In the meantime, the original Sur Ron light electric trail bike has proven to be a hugely popular electric dirt bike. With 6 kW of power in a package that barely weighs more than an electric bicycle, the original Sur Ron was a breakout success and continues to pull in high sales. In fact, both Electrek’s editor-in-chief Fred Lambert as well as yours truly purchased our own Sur Ron bikes from Luna Cycle.

You can see Lambert’s Sur Ron in action in the video below.