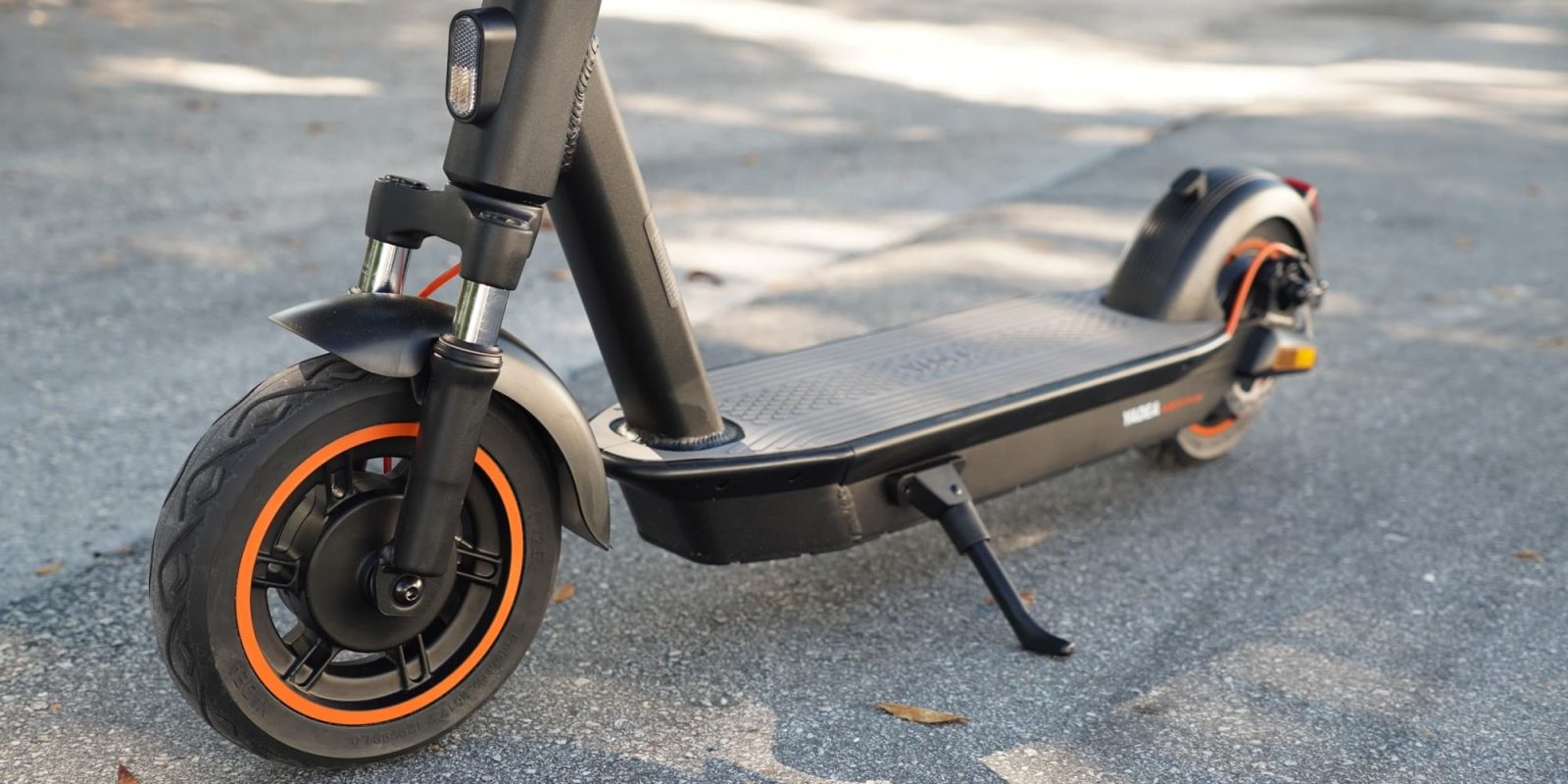 A range of rides

The KS5 Pro is Yadea’s big boy, but the company also has a smaller KS5 that has slightly lower range and lower speed, as well as an even smaller KS3 that again sees a spec drop. More on those at the end. For now, the KS5 Pro is the one you want if you’re after the best performance.

Flying at 22 mph on a scooter is about as fast as most people will feel comfortable with. Or at least most normies that don’t ride highway-speed electric scooters for kicks.

I’m also impressed to see that Yadea has stuffed over 550Wh of battery into the scooter. That’s much larger than most entry-level electric scooters, and means that you’re going to get great range out of the KS5 Pro. They claim up to 37 miles, but I think that 25 miles is the real figure when you’re riding at top speed.

Of course when you’re in a city, you’ll often be stuck going slower based on the speed of traffic or the congestion in the bike lane. In that case, getting closer to 37 miles is a possibility.

I really like the lighting on the scooter as well. The bright headlight up front is mounted high so that cars can see it, and the rear tail light is also nice and visible. It’s also shaped like the Yadea logo, which is a nice touch.

The 10″ solid tires are larger than the 6-8″ tires we often see on electric scooters, helping it roll over everything from sidewalk cracks to small potholes with less jarring of your ankles and wrists. This still isn’t going to save you from a massive pothole, but daily scooter riders are likely keenly aware of how important it is to watch out for those anyways. The bigger issue is all the small stuff you might not see. A 1-2″ hole or crack can sneak up on you, but it feels a lot smaller on a 10″ tire than a 6″ tire.

The front suspension fork works fine, but it’s not particularly high end. It is certainly better than nothing though, and will really make a difference when you find yourself on a brick path or other high-vibration surface. The spring fork makes the ride much less shaky in those circumstances.

Braking is also quick and responsive, and you’ve got the comfort of a rear mechanical disc brake combined with a front drum brake, plus motor braking from the rear wheel motor. The motor braking is stronger than I expected, and I often barely pull the brake lever to engage the motor braking before the pads, saving my brake pads and cables to further stretch out the maintenance interval.

The motor braking is strong for the same reason that the motor is strong. With a 500W continuous and 700W peak-rated motor, you’ll be able to climb modest hills at higher speeds than those weak 200-350W scooters.

The only real downside is that the scooter is a bit heavy. It folds nicely, but then it’s a bulky 45 lb. to carry around once folded. But hey, that’s life. You can’t ask for a powerful motor and big battery, then complain that the scooter weighs too much. You don’t get that stuff for free; the price is measured in pounds.

It’s also measured in dollars. Right now the KS5 Pro is priced at $799 on Amazon, though there’s a temporary $100 off coupon that can be clipped right on the sales page to drop the price to $699. At that price, this is definitely a good option for a higher performance commuter scooter. It can’t touch a full-suspension electric scooter, but then again it comes in at a lower price.

And with the app functionality as well, you’re getting some pretty cool features in a fairly low-cost electric scooter. To get an even lower price though, you’ll have to downgrade a bit to get the $639 KS5 or the $569 KS3.

Having tested both the KS3 and KS5, I can say that my experience has been quite positive. The scooters are peppy, well made, and designed to be used every day as a light electric vehicle that gets depended on for real commuters, not just lazy Sunday scooting.