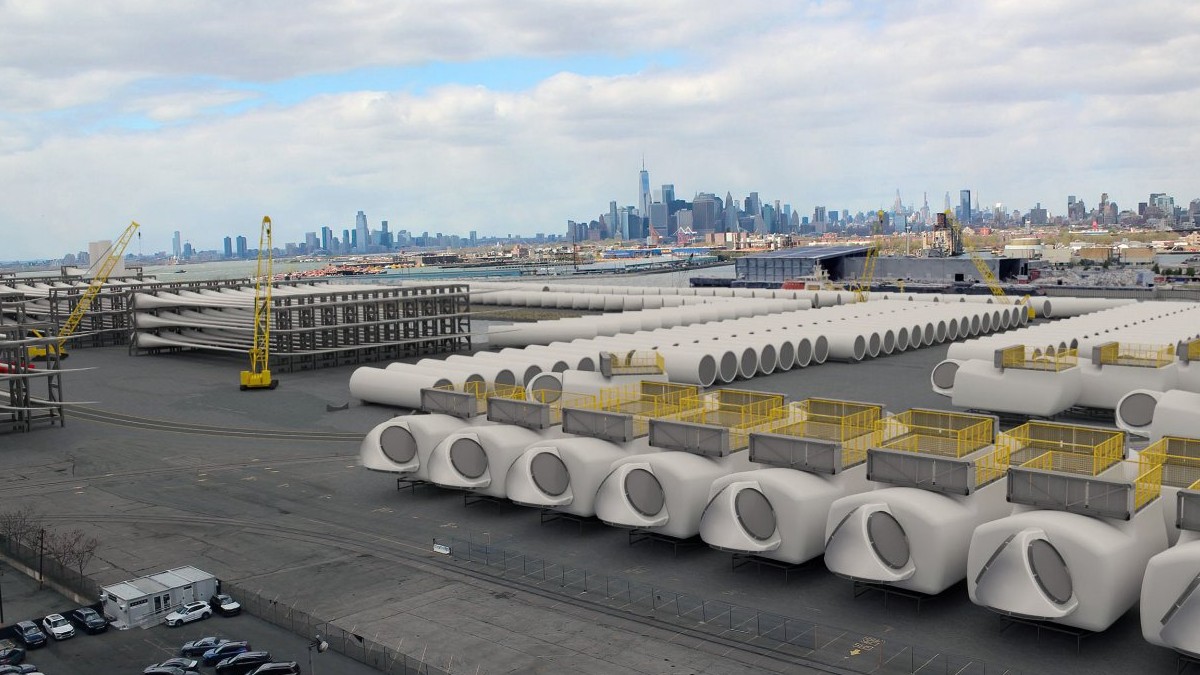 Norwegian energy giant Equinor and UK-headquartered bp announced yesterday that they have made an agreement with New York City to transform the South Brooklyn Marine Terminal into a major offshore wind operations and staging hub.

Equinor and bp will spend up to $250 million on infrastructure upgrades for the South Brooklyn Marine Terminal, which is located along the Upper New York Bay, between 29th and 39th streets in the Sunset Park and Greenwood Heights neighborhoods, and close to the Green-Wood Cemetery. The two companies also say they will develop the site as a low-emissions facility.

The 73.1-acre site will be one of the largest dedicated offshore wind port facilities in the US. It’s the only industrial waterfront site in the New York City area with the capacity to accommodate wind turbine generator staging and assembly activities at the scale required by component manufacturers.

The terminal will function as a staging facility for Equinor and bp’s Empire Wind and Beacon Wind projects, which will be able to power nearly 2 million New York homes. The terminal will also play an essential part in the development of future offshore wind projects in the region.

Equinor says that the new South Brooklyn Marine Terminal will support more than 1,000 jobs annually in the region.

As Electrek wrote on January 17:

Beacon Wind is located more than 60 miles east of Montauk Point and 20 miles south of Nantucket and covers 128,000 acres. The lease was acquired in 2019 and has the potential to be developed with a total capacity of more than 2 GW. This first phase will have an installed capacity of 1,230 MW.

The three wind farms will help generate more than $1 billion in economic output to New York State. That includes investments in ports and infrastructure.

New York State is aiming to develop 9 GW of offshore wind by 2035, enough to power up to six million homes.