Tesla Roadster sold for over $250,000, a new record for the original electric sports car that is now increasing in value 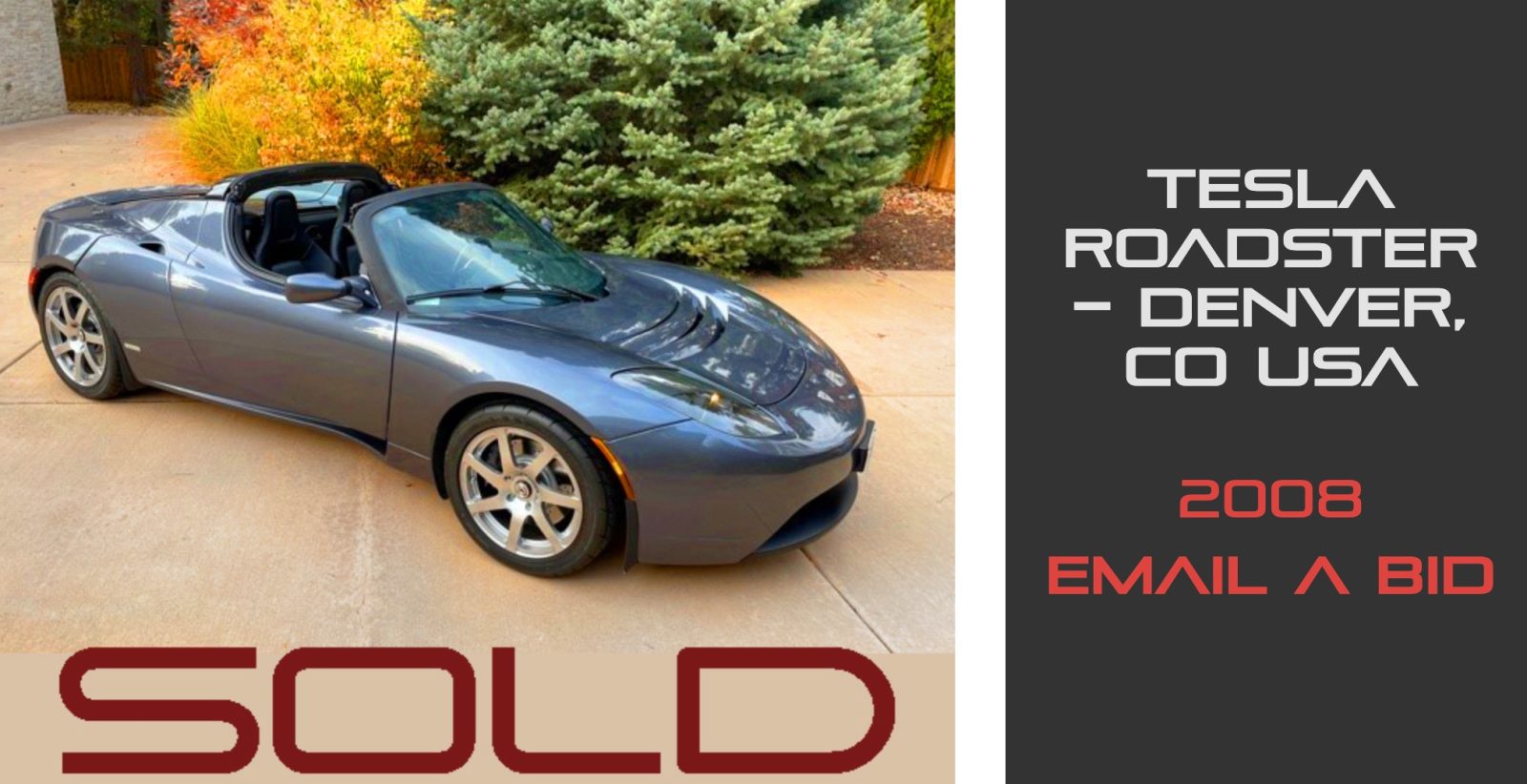 An original Tesla Roadster sold for over $250,000, in a new record, as Tesla’s very first car is gaining in value as a collector item.

That’s more than Tesla plans on selling the next-generation Roadster for.

The Tesla Roadster was the now-famously Texas-based automaker’s first car: a small two-seat sports car based on the Lotus Elise.

It was far from a successful vehicle program by most conventional standards. It was late, had a difficult rollout with many production problems that led to changes, and only roughly 2,400 units were delivered during its ~four-year production run between 2008 and 2012.

But it was successful for Tesla because it achieved its main objectives. The Roadster changed people’s perception of what electric cars can be, and it helped launch or accelerate several more electric vehicle programs.

With an EPA range of 393 kilometers (244 miles) with the first Li-ion battery pack in a production car, a 0 to 60 mph acceleration in 3.7 seconds, and a top speed of 201 km/h (125 mph), it redefined electric vehicles as more than a glorified golf cart.

In the future, when all new cars are electric, we will likely look back at the Tesla Roadster as the vehicle that sparked the automotive industry’s electric revolution.

Due to its place in EV history, some people in the industry have speculated that the original Tesla Roadster could become a popular collector’s car and increase in value.

In 2020, we reported on some people testing the market with a Tesla Roadster going to sell for $1.5 million.

However, we also reported at the time that the original Roadster didn’t appear to be gaining in value based on listings, which were showing a price range of $50,000 to $70,000 – about half the original price of the car.

Last year, we were starting to see a change in Roadster prices with Gruber Motor Company, an EV shop specializing in Tesla Roadsters, reporting some vehicles selling at auctions for $120,000 to $182,000.

It seems to indicate that the original Roadster is gaining value.

The value seems to increase as the EV revolution is taking hold and more people realize the Roadster’s place in it.

It is also increasing as the vehicle is becoming more scarce. As previously reported, Tesla only produced about 2,400 of them, but there are far fewer on the road today.

Of course, several were lost to crashes, but Tesla also bought back several cars for parts to service other vehicles.

Gruber themselves unintentionally contributed to the scarcity as the company was the victim of two fires that destroyed many Roadsters.

A fire in 2017 destroyed at least five Roadsters and another more recent incident in October 2021 resulted in the loss of 31 Roadsters.

It’s hard to determine how many Tesla Roadsters are left out there, but it wouldn’t be surprising if it’s fewer than 2,000 units.

Electrek talked to Pete Gruber of Gruber Motor Company this week and he said that Roadster sales are picking up.

The company has a portal to list Roadsters for sale and he says that they sold six in the last three months alone.

The prices are also going up.

Gruber said that one Roadster went for $190,000 recently, a new record, but the record didn’t last long.

Someone ended up listing a very early 2008 Roadster VIN013 with extremely low mileage on the odometer, at just 840 miles.

Gruber suspected that the combination of low mileage and low VIN would bring a lot of interest and suggested to the owner to put a high “fishing price” on it.

Within days of posting the vehicle listing on Gruber’s portal, the owner received several offers over the asking price and he ended up selling for well over $250,000 – though the owner didn’t want to confirm the final price.

The company released a video about the new record sale:

As Gruber noted, this is not only a record value for a sale of the original Roadster, but it’s actually more money than Tesla is asking for the new next-generation Roadster.

Electrek‘s own Jamie Dow is also currently listing his original Roadster on Gruber’s portal – though he is asking for a lower price as he put a lot more miles on his.