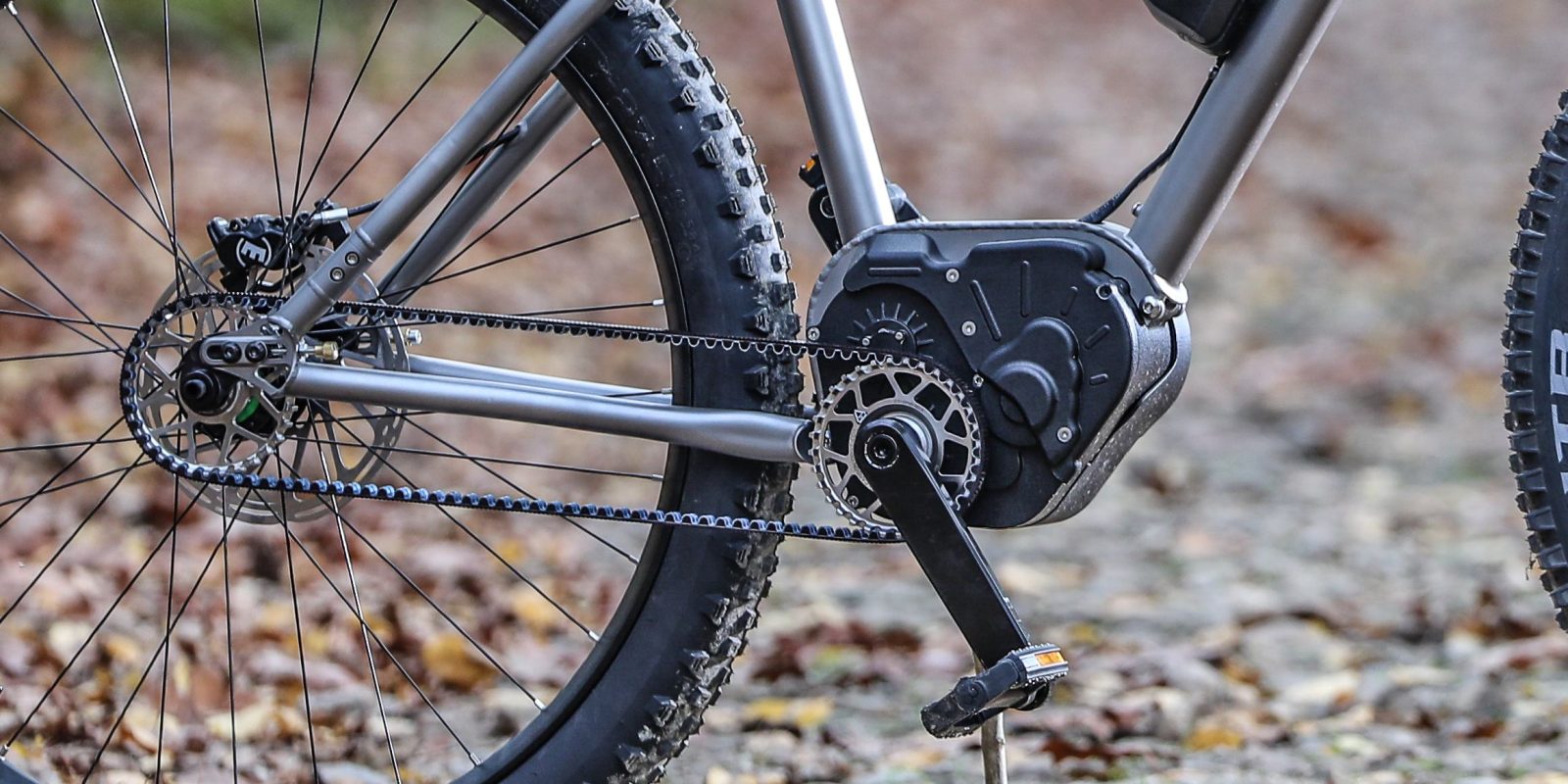 And now that drive unit is ready for production. It will soon be available on several e-bike models thanks to partnerships with over a dozen electric bicycle companies.

Fourteen, to be exact.

That’s the number of companies that have signed on to incorporate Valeo’s new e-bike drive into upcoming electric bicycle models.

The companies include players such as Fuell, Cycleurope, and VUF Bikes.

Paris-based Valeo developed the new drive system with the help of transmission maker Effigear. Together, their technology combined to incorporate a seven-speed automatic transmission directly into the mid-drive motor, creating a single power and transmission unit.

The resulting powertrain can be incorporated directly into OEM e-bikes similarly to typical mid-drive motors like those from Bosch or Brose.

Its seven gear ratios are designed to operate on a 48V system, and Valeo offers a downtube-mounted battery as part of the complete powertrain package.

The motor is quite powerful, with Valeo stating that it is capable of generating up to 130 Nm of torque. In fact, the company claims that the new drive is “up to 60% more powerful than competitors,” though you might not know it by looking at the sticker.

Nearly all electric bicycle motors in the EU are listed as “250W continuous,” regardless of their true power. This is due to EU laws that restrict the maximum continuous power of e-bike motors to 250W.

In actuality, many European-manufactured e-bike motors typically fall in the 400-750W range.

Because there is no regulation related to the torque generated by different e-bike motors, the torque figure is more useful to actually compare the true power of various e-bike motors in Europe.

Another advantage of Valeo’s system is that its automatic built-in transmission completely removes the need for a derailleur. That makes a belt drive setup an easy and effective option. Riders then benefit from a number of unique advantages over chain drives, such as quieter operation, longer lasting components, and cleaner operation without the need for oiling.

According to the company, the new drivetrain will enter series production in May of this year. Based on its current order book, Valeo expects to deliver 100,000 units by 2024.

The company will also be providing service to end customers who use bikes fitted with the system, as the company explained:

“Alongside the launch of e-bikes fitted with the Group’s 48V technology, Valeo will also make its expertise available in the aftermarket. To make it easier to service and maintain the drivetrain system, Valeo will roll out the necessary technical assistance to all the bike distribution networks chosen by bike manufacturers, wherever the Group’s customers are located.”

To get a better idea of how the e-bike drive and automatic transmission work, check out the company’s explainer video below.