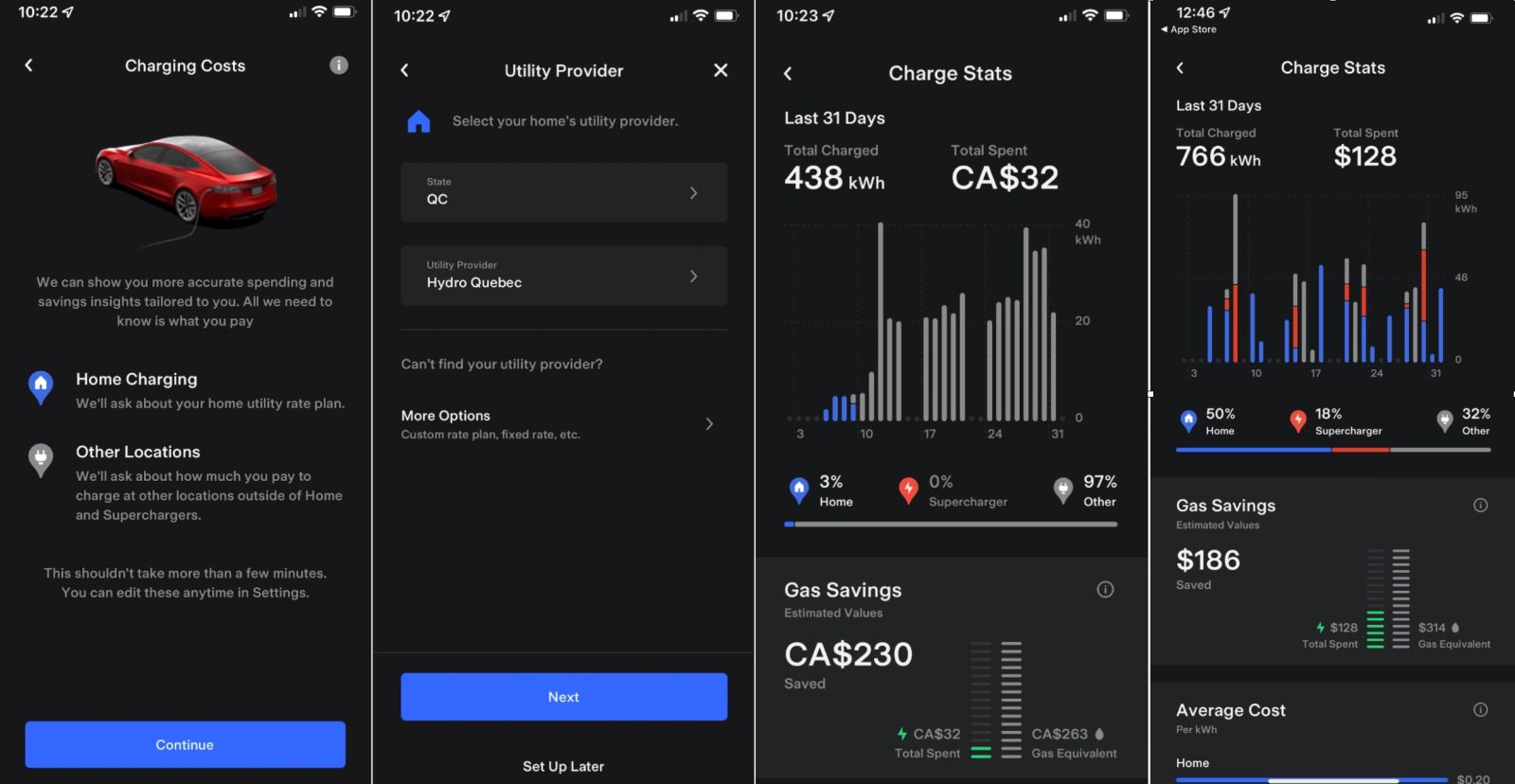 Tesla has launched a new ‘Charge Stats’ feature in its mobile app that gives owners more access to their charging information than ever and a clearer idea of savings compared to gas.

Over the years, Tesla has run into some issues about how it advertised “gas savings” that its vehicles can achieve.

The automaker has used gas savings in a somewhat controversial way by displaying the prices of its vehicles on its website after “potential gas savings,” which obviously can vary greatly based on a bunch of factors.

After some complaints, Tesla stopped using it for a while, but the company brought it back in 2018.

Some consumer protections agencies, including one in Germany, have asked Tesla to stop or modify the practice.

While the gas savings advertised on Tesla’s website can still vary significantly from what you will experience, Tesla owners can now get a much better idea of how much they are saving every month based on actual accurate data.

You might have missed it since it wasn’t mentioned in the release notes, and many people are reporting that the update wasn’t automatic and they had to go to the app store to push it.

Once you have the latest update, you can scroll down on your vehicle page to ‘Charge Stats’:

It might only be available to Model 3 and Model Y vehicles, since it is not showing up for my Model S or Model X.

The new feature breaks down your charging over the last month based on where it is coming from:

In this case, the “other” is also home charging, but at my friend’s house since he is using my Model 3 while I’m in Mexico for the winter.

The cool part is that you can add information in order for Tesla to know the exact rate that you are paying:

This results in a much better estimate on how much you are saving if you had a gas car.

For example, with this information, it shows that we saved about $230 this month with a Model 3 on cheap hydro electricity in Quebec.

That’s based on someone doing a ~30 km commute twice a day and charging solely at home overnight.

Here’s another example from Electrek’s Seth Weintraub with a Model Y on a different kind of usage that includes Supercharging on weekend travels:

Despite almost twice the energy used, the savings are less, at $186 USD, because of the higher mix of Supercharging and the higher electricity rates in New York and Vermont where the vehicle is being used.

What do you think of this new vehicle? Let us know in the comment section below.