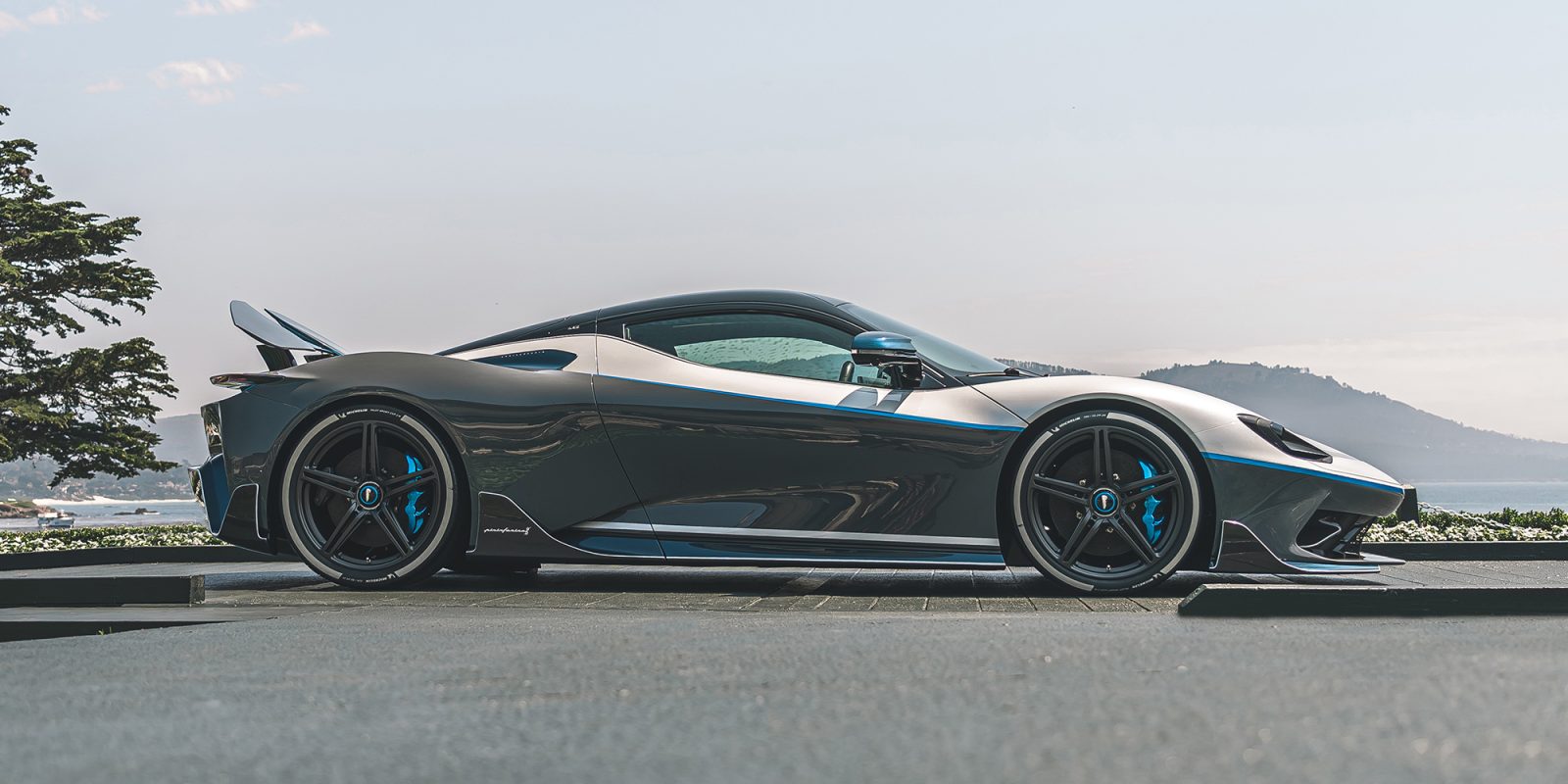 European boutique hypercar manufacturer Automobili Pininfarina has announced a further expansion of its retail presence in North America, adding two new locations. US and worldwide deliveries of the automaker’s all-electric Battista hyper GT are set for this year, as its production in Italy begins soon.

Automobili Pininfarina GmbH is a Munich-based subsidiary of Mahindra & Mahindra, who purchased the Italian car design firm Pininfarina SpA in 2015. The automaker’s Italian roots come from the original Pininfarina, which was founded in 1930 by Battista “Pinin” Farina.

The refreshed subsidiary’s first EV, the Battista hyper GT, is named after its predecessor’s original founder and has been in development since it was originally unveiled in March 2019.

This was followed by the announcement of an even more exclusive version of the Battista electric hypercar a year later. The Battista Anniversario features handcrafted components like its paint job and will have a limited production of only five vehicles – all already sold for about $2.9 million each.

Currently, as Automobili Pininfarina looks to begin production and deliveries of the Battista, it continues to expand its reach to North American customers.

Automobili Pinifarina adds new US retail ahead of Battista deliveries

The luxury EV automaker announced new retail partners in Orange County, CA and Chicago, IL to enable more US sales of the Battista hypercars. The two additions tally Automobili Pinifarina’s retail footprint at nine locations throughout the US and Canada.

These locations are joined by ten additional retail hubs in Europe, as well as six across the Middle East and Asia Pacific. Automobili Pinifarina CEO, Per Svantesson, spoke to the company’s recent expansions:

I am delighted to announce the expansion of our retail partner network in North America with the appointment of two new partners in strategically important locations. California is home to many of our existing and future clients, with many already pioneering the adoption of pure-electric, zero emission cars of all kinds. Battista now sets a new benchmark for the desirability and performance offered by an electric car. With our new partner location in Chicago, we have established an important brand presence between the US east and west coasts. We are excited for clients to experience our brand across our network as we prepare to begin deliveries of the incredible Battista hyper-GT this year.

The upcoming Battista hyper GT is currently in final stages of development in Italy. Its creators have long been boasting that the Battista is faster than a current Formula 1 race car, zooming 0 -100 km/h (0-62 mph) in under two seconds, plus 1,900 HP and 2,360 Nm of torque. The EV’s 120 kWh battery powers four electric motors, providing a simulated WLTP range up to 500 km (310 miles).

Additionally, the Battista will be available in 128 million different interior combinations alone, allowing customers to truly design and drive their own one-of-a-kind hyper GT. Automobili Pininfarina points out that its retail partners will be able to assist in the bespoke tailoring and personalization available to clients.

The automaker has made it very clear that only 150 units of the Battista hyper GT will be individually hand-crafted at the Pininfarina SpA workshop in Cambiano, Italy. Iniitial Battista deliveries are slotted to begin in the first half of 2022.