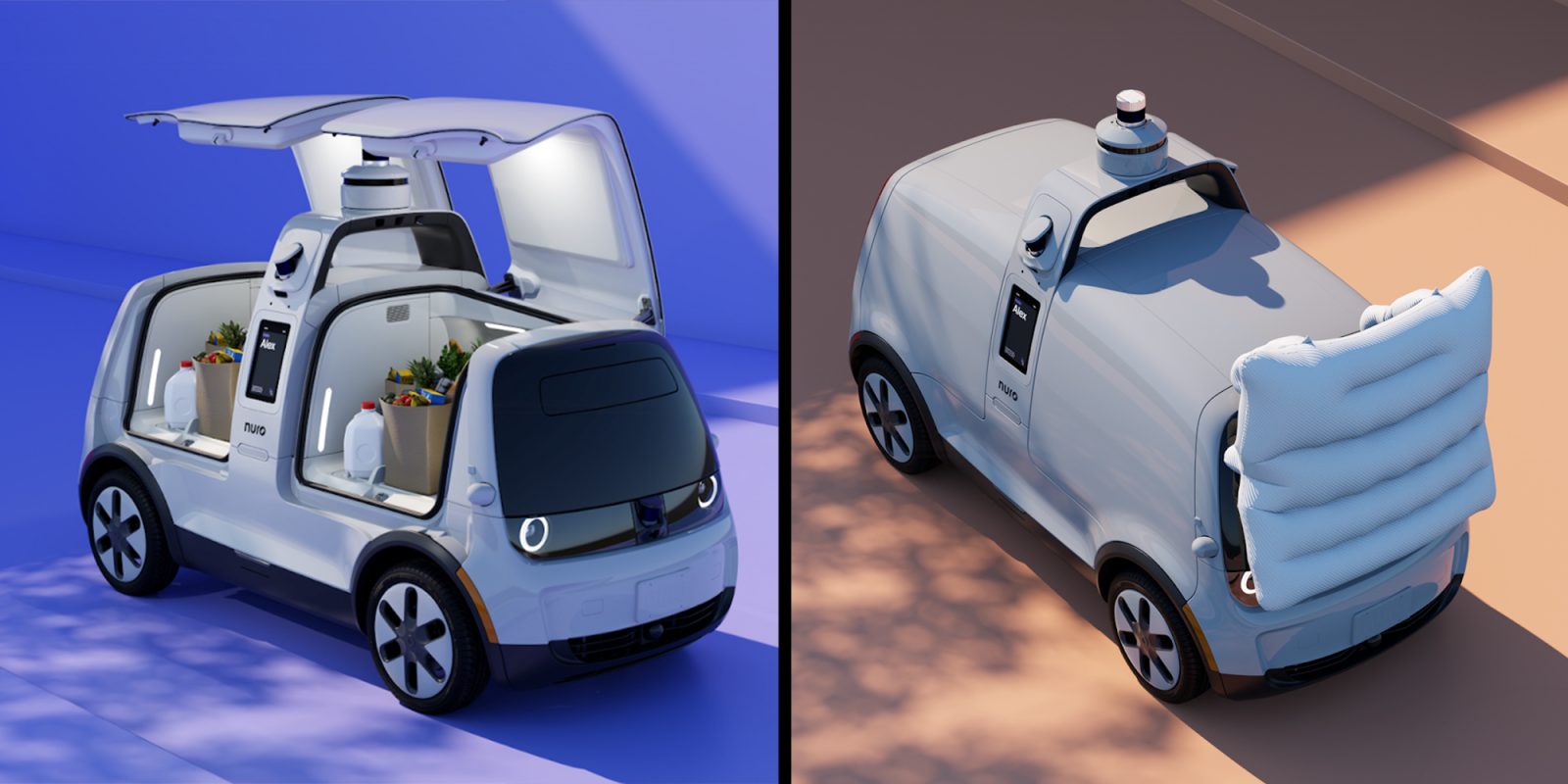 American robotics company Nuro has just introduced the third version of its autonomous, zero-occupant last-mile delivery vehicle as it enters pre-production. Together with the help of BYD North American, Nuro hopes to manufacture the first zero occupant autonomous vehicle to be produced at scale this year. This third-generation EV comes with some cool features too. Do I smell pizza?

Nuro is a robotics company founded by two engineers that were former employees of Google’s Waymo project. In the past five years, the company has developed and publicly tested its first two generations of autonomous last-mile delivery vehicles, beginning with the R1.

The R1 was originally designed the streamline the grocery trip experience, helping autonomously delivery up to twelve grocery bags from Fry’s Food and Drug to customers around Scottsdale, AZ in 2018.

This pilot program was possible as Nuro became the first company to receive an autonomous exemption from the National Highway Traffic Safety Administration (NTSA) due to the fact that its vehicles are designed to carry goods and not humans.

In 2020, Nuro began testing its second-generation EV, the R2, which you may have seen delivering Dominos to Houston residents on TV. As another first for the company, Nuro’s R2 completed the first autonomous pizza delivery.

This past summer, Nuro announced it was putting $40 million toward its own manufacturing facility and test track in southern Nevada. Most recently, Nuro has shared news that manufacturing conglomerate BYD is on board to assist with Nuro’s assembly processes, beginning with its new third-generation autonomous delivery vehicle.

Nuro to scale production of its third-gen autonomous delivery EV

Nuro cofounders Jiajun Zhu and Dave Ferguson shared news of its latest zero occupant EV through a blog post and YouTube video explaining the company’s journey. At no point does Nuro call this new EV the R3, but it’s only fitting at this point given previous nomenclature.

The Nuro cofounders explain that every new detail was intentionally designed to finally produce these autonomous delivery EVs at scale, with hopes to be the first company to do so – at least in the zero occupant segment. The vehicle itself has been reduced in size to be 20% smaller than the average passenger vehicle, allowing for more room for passing cyclists and pedestrians.

To ensure further safety for passersby, the zero occupant vehicle is equipped with an exterior airbag that inflates across its entire front to reduce impact should any collision occur – this is supported by a network of self-cleaning sensors that deliver a 360º view of the environment around the EV.

The delivery compartments have also seen improvements, as the vehicle’s 27 cubic feet of storage can store roughly 24 bags of groceries and haul nearly 500 lbs. Modular inserts are also available to allow for separate heating and cooling, ranging in temperatures from 22-116ºF. Gotta keep that pizza steamin’! The current model can only reach 45 mph, so it will cater to local neighborhoods rather than highway traffic.

In addition to sharing that its third-generation autonomous delivery vehicle has entered pre-production, Nuro shared news that BYD North America is onboard as well. According to Nuro, BYD will assemble globally sourced hardware components for Nuro’s vehicle platforms, beginning at its Lancaster, CA facility.

No timeline yet on when we can expect to see the first scaled models of Nuro’s autonomous delivery vehicles arrive. Here’s a video from Nuro of the official debut: