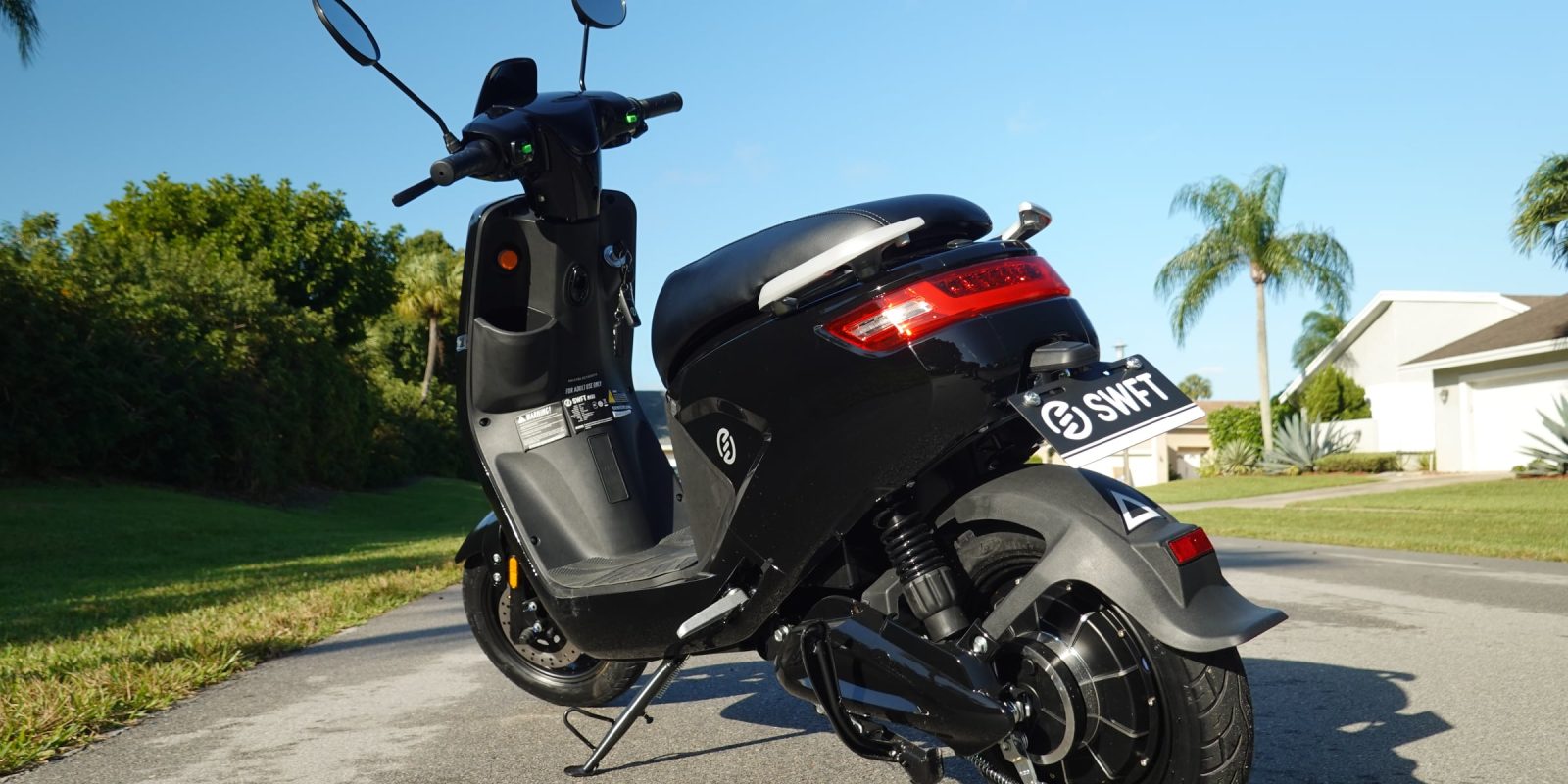 The SWFT Maxx electric moped is one of those rare two-wheeled EVs that tries to have its cake and eat it too. On the one hand, it’s a scooter for all intents and purposes. On the other hand, it offers performance that most people would associate more with electric bicycles.

So what’s it good for? Let’s dive in and see.

First of all, the name itself is going to be divisive. Not the “SWFT” or “Maxx” part. It’s still the early 2020s and thus product names have to be consonant salads. That’s the law.

Rather, it’s the moped designation.

I can already tell you I’m going to get hate emails from grey-bearded moped purists that don’t want to see this thing classified in the same category as their 1960’s Puch moped.

On the other hand, it’s literally called the “SWFT Maxx Electric Moped” by the company, so don’t kill the messenger here.

It definitely embraces the newer moped classification, which basically means it has two wheels, a step-through design, and a big plushy seat. So yea, there’s that.

Now let’s get to the meat and potatoes of this thing, because it’s a cool little electric vehicle. And at just $1,499 on its current sale, it absolutely deserves a look.

You can take that look by checking out my ride video below. Then keep on reading for my full review!

Meet me in the middle

The SWFT Maxx really does fall in that grey area smack-dab in the middle of e-bikes and scooters.

The performance feels like a Class 2 e-bike in pretty much every way.

One twist of the throttle takes you smoothly but not slowly up to 20 mph (32 km/h). A pull of the brakes brings you right back down to zero.

But on the other hand, the form factor is all moped.

That big bench seat feels nice on your tush, just as it does on a passenger’s tush behind you. In my case, it was my wife’s. Most bikes aren’t designed for two riders, but we rode the SWFT Maxx together quite comfortably. As much as I love e-bikes, that’s another checkmark in the moped column.

The moped feeling extends to the low seat height (you can easily flat-foot it at stops) and the convenient step-through design. The hydraulic shocks in the front and rear are surprisingly comfortable too.

You also get the extra little features that mopeds are known for, like a bag clip for your shopping bags, underseat storage, mirrors for visibility, and a complete light package of turn signals, high and low-beams, hazard lights, brake lights, etc. There’s even a built-in alarm and wireless key fob to activate it.

Plus there’s that road presence advantage, where car drivers tend to treat riders of bicycles and scooters/mopeds/motorcycles very differently. Whereas many drivers, unfortunately, see bicycles as encroaching on road space, that second group often gets at least implicit acceptance as belonging on the road due to their status as a form of motor vehicle, even if just a two-wheeled vehicle.

Though therein lies the rub. The SWFT Maxx looks like a motor vehicle, as in a true scooter or moped. But technically, it’s kinda not. The 20 mph speed means most states won’t consider it to be a motorcycle, and thus you don’t need any license or insurance.

Of course that’s a double-edged sword. The fact that it isn’t classified as a motorcycle doesn’t necessarily mean it’s a bicycle either. The lack of pedals can also be an issue for road-legal e-bike status in some states. Your mileage may vary, so its best to check your local laws.

But whether or not it is technically classified as an electric bike, the SWFT Maxx sure handles like one. The rear hub motor is listed as 400W, but I can tell you that it feels way peppier than that. It accelerates like any other 750W e-bike I’ve ridden, so I think that 400W is likely underrated.

The range is listed as 38 miles. I’m guessing that’s a bit high, especially since the 48V 20Ah lead acid battery only gives around 960 Wh of capacity. That’d be a lot for an e-bike that you can pedal, but the Maxx here is of course a throttle-only affair.

I didn’t drain the battery too far because I didn’t want to get stuck, but based on my riding distance and how far the battery was draining each time, I think 25-30 miles at reasonable riding levels would be closer to accurate and a safer assumption.

Again though, that sounds like e-bike specs. And the whole time I’ve been riding this thing, I just can’t help but feel like I’m in straddling two worlds: e-bike specs and moped comfort/utility.

As long as I’m not on big roads, the 20 mph felt fine. Cruising the neighborhood was a dream. But faster 30 mph roads can be a bit dicey.

Then there’s the whole bike lane issue. Can I ride in it? I’m not a bike, but neither are those Lime scooters and they fly down the path at the same speed. Of course, they don’t weigh 160 lb like the SWFT Maxx here does.

But both the SWFT site and the Best Buy page where you can actually buy it list the Maxx as a Class 2 e-bike, so they are definitely operating under the assumption that this is an electric bicycle.

I’ve defaulted to skipping the bike lane unless it’s empty, as I don’t want to draw unwanted attention or needlessly frighten anyone with what admittedly looks like a gas scooter that should be going much faster than it is.

If I had to make any changes to the SWFT Maxx, more speed and a lithium-ion battery upgrade would be at the top of my list. Removable batteries would also be a great option to extend the range.

But at $1,499 (or $1,999 when it’s not on sale), it’s hard to add those features for this price. Keep in mind the other stuff you’re getting, like hydraulic suspension, seating for two, powerful brakes, mirrors, storage, full lighting package, etc. There’s a lot to love here.

Ultimately, I can see this as a great ride for certain groups of people, like teenagers or college kids navigating their way to campus, or elderly folks living in planned communities. The 20 mph speed limit makes it hard for me to take it on busier suburban roads where cars go flying past me, but urban-only residents that are surrounded by crawling traffic will likely find that it can take them anywhere they want to go.

What do you think? Let’s hear your thoughts on the SWFT Maxx electric moped in the comment section below.