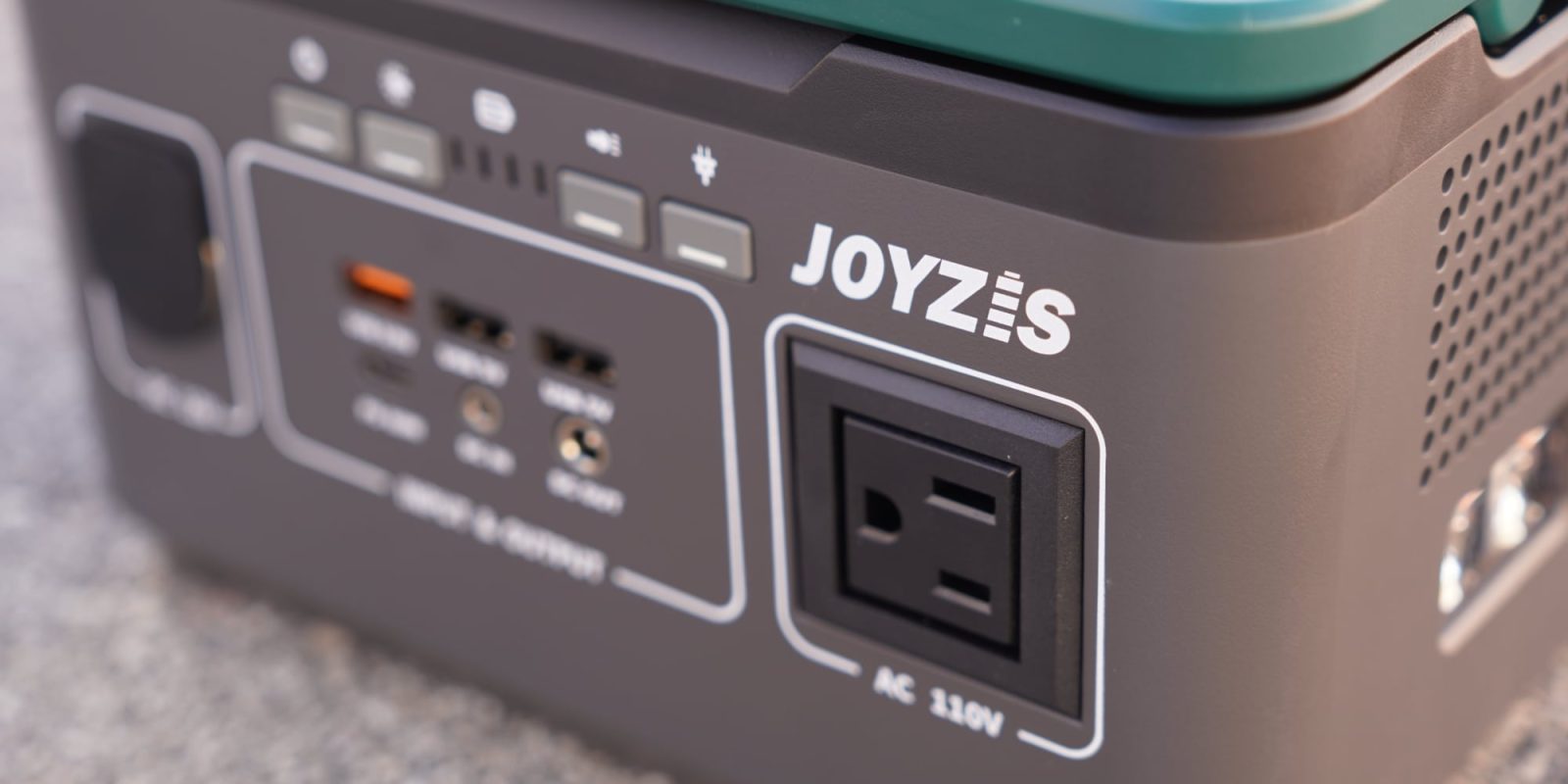 I recently had the chance to test out a new portable backup battery from a company I hadn’t heard of before: Joyzis. The company sent me its BR300 model to test out for my daily use needs. While I never know what to expect the first time I test a product from a new (to me) company, the Joyzis 300Wh power station actually blew me away with the features and price.

If you do enough outdoor stuff like I do, portable power becomes a big deal.

Whether it’s for camping out, charging electric bikes on the go, or any other outdoor energy purpose, it’s always nice when I can bring some stored power with me.

And after having lived through a direct hit from Hurricane Irma (and the five days without electricity that followed), having my own simple, self-contained solar energy generator and power storage is a luxury I don’t ever want to be without.

The Joyzis power station is exactly that: A backup battery that stores 300Wh of power and combines it with a 330W AC inverter for normal 120V appliances, and contains a few DC-DC converters to offer 5V USB and 12V DC charging options. There’s a DC input for wall-charging or solar panel charging and there’s even a wireless charger on top of the device to easily charge your phone or other wireless charging devices.

The Joyzis 300Wh power station does a bit better at $280 for its normal price, but is currently running a promotion with $130 off by clipping the Amazon coupon, bringing the price to just $150.

That’s half of what these things typically cost, and the Joyzis even offers a few features I haven’t seen on other batteries I’ve tested.

So what do you get in the box?

The Joyzis comes with the basic power station unit, the instruction booklet, plus a wall charger for AC charging and a cigarette lighter plug for charging it up from a 12VDC source, like your car’s battery.

There’s even a pair of folding handles on top, which I actually really like because they remove the bulk of a permanent handle for that 99.999% of the time when you’re not actually holding the device in the air.

The whole kit and caboodle is under eight inches (20 cm) long too, meaning it just doesn’t take up much space when you stash it somewhere. It could be stashed in your car trunk and you’d barely even notice.

What can the Joyzis do?

The main use for this battery unit is remote powering of devices.

On the AC side, that means running 110V appliances. There’s only one 110VAC outlet, which some people might find limiting. But you could always plug in a $6 splitter if you really needed to run multiple appliances at once. Just don’t go over the 330W limit or the device will power down to protect itself.

A lot of people will use these backup batteries to run a fan or lights while camping, or perhaps a CPAP machine inside their tent.

For utility work, it can be useful to power up some tools in the field, though the 330W limit means you likely won’t be running a circular saw or angle grinder from the device. Think something closer to a soldering iron or tire inflator.

I also charged a few of my electric bikes from the unit. But again, 300Wh isn’t a ton of stored energy for recharging a vehicle. That’s around half of an e-bike battery’s capacity, so in those cases it’s good for topping up a charge – especially if you’re keeping the Joyzis in your car and just want to extend your e-bike’s range a bit while returning to your vehicle for lunch.

On the DC side, USB charging allows you to charge up pretty much any device, from cell phones to tablets and drone batteries or anything else that runs on USB.

The USB-C port makes it great for charging your laptop, and it means you don’t need to plug your laptop’s wall charger into the AC outlet, which would start an inefficient conversion from DC to AC then back to DC again. It also keeps that single AC outlet free for real appliances, not laptop chargers that should run off DC anyway.

And like I mentioned, that wireless charger on top is a really nice feature to have. Sure, it only takes a few more seconds to fiddle for a cable and plug your phone in. But simply dropping your phone on top of the unit and walking away is so much easier and lazier that it really makes a difference. Give me a chance to be simultaneously lazy and effective and I’ll choose it every time.

DC barrel connectors also allow you to tap directly into and out of the device’s battery. The DC input means an easy way to connect a solar panel. There are plenty of folding solar panels out there that have 3.5×1.35 mm DC barrel connectors, though an adapter could be used for one that doesn’t. Whether it’s just keeping the unit charged each day while camping, or using it for emergency purposes like when power is knocked out for several days after a storm, being able to generate your own electricity is a game-changer.

There are other features to the unit, like a flashlight that doubles as an emergency strobe, but I didn’t really find a use for those. I guess if you don’t already have a flashlight, it’s a nice little thing to have included on the side. A four-pound flashlight is kind of bulky for everyday use, but perhaps you can never have too many flashlights in an emergency scenario.

The only downside to this unit that I can find is that there’s no screen, so you don’t get an exact readout of your battery capacity remaining.

I really like the Jackery screens since they tell you a lot of useful info such as battery remaining, charging time, charging power (in and out), etc. With the Joyzis, you’re trading a better price for less exact data.

The four-segment LED readout lets you know you have approximately 25%, 50%, 75%, or 100% battery remaining. That might be fine for some people but may frustrate others. As a data lover, I prefer more information any time I can have it, but I eventually got used to the Joyzis’ imprecise readout.

As a nice little backup battery or portable power station, I’d say the Joyzis 300Wh unit here is a really nicely designed solution. It has all the charging options I need, plus AC power for appliances and a few nice little extras such as those folding handles. For the $150 price with the $130 coupon on Amazon, it’s a no-brainer. Even at the $279.99 MSRP, it seems to outperform the competition while offering some neat features not found elsewhere.

Not bad, Joyzis. Not bad at all.