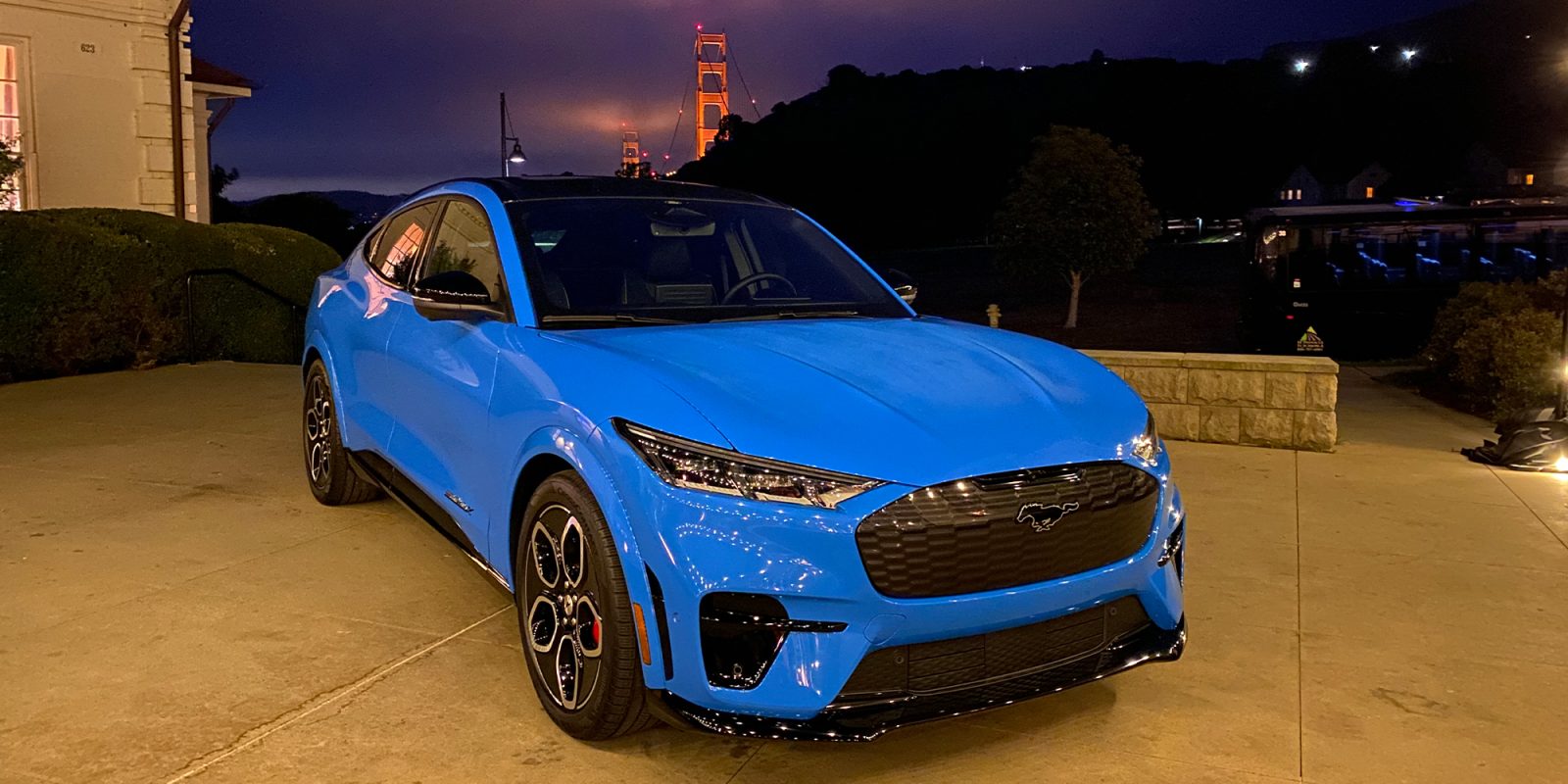 As Ford’s CEO Jim Farley took to Twitter to announce a three times increase in Mustang Mach-E production, the company also alerted dealers that modest price increases and new packages would be coming for 2022 models. The California Route 1 edition also got a meaningful range bump.

Meanwhile, the company delayed a much anticipated Explorer EV and its Lincoln cousin…

We were first alerted to the Mustang Mach-E price increases last week when we received a dealer bulletin from Ford dealers noting the price increases which amount to $1,000-$2,000 per model and up to $3,000 with options. Those price increases are notable not because of how large they are but how relatively small they are. Other EV makers have been raising prices much more abruptly throughout the year as the pandemic has caused chip shortages and inflation.

There are some notable updates to the 2022 Mustang Mach-E lineup:

As a backdrop, Ford announced yesterday that it was closing down the F-150 Lightning reservation system because it had reached 200,000 and couldn’t able to keep up with demand. Ford also reportedly delayed its Explorer EV/Lincoln Aviator EV a year to 2024 as the Mexican factory output would entirely be taken by Mach-E.

The Ford EV picture is starting to come together. The company has said it wants to produce 600,000 EVs/year by 2023. It now appears that a third of those will be Mustang Mach-Es.

We have unprecedented demand for Mustang Mach-E and we are going to scale production quickly to meet demand. We are now planning to utilize the entire Cuautitlan plant for production of Mach-E.  We will increase production starting in 2022 and expect to reach 200,000+ units per year by 2023. Our goal is to become the clear No. 2 electric vehicle maker in North America within the next couple years and then challenge for No. 1 as the huge investments we are making in EV and battery manufacturing come onstream and we rapidly expand our EV lineup. Rapidly scaling production of Mustang Mach-E supports our plan.

As we’ve been saying since 2013, if you build EVs, people will buy them. It is a shame that it has taken Detroit this long to embrace EVs. But Ford appears to be all in at this point. Between the Ford F-150 Lightning ramp up and now the Mustang Mach-E, Ford appears to be on track to move its line to EVs as fast as it possibly can (read: as quick as the company can get its hands on batteries). If only Ford had started sooner.

Also, it would be nice to see the American icon Mustang manufactured at least partially in the US. Right now the car is made outside of Mexico City in Cuautitlan. Ford also makes the Mustang Mach-E in China with its partners there.

Ford also has a problem, as its dealers have been caught trying to inflate prices by as much as $10,000 as scarcity has taken hold. It also really needs to rethink its charger design unless it wants to be branded as a Tesla knockoff.

With Tesla’s soaring share price, board pressure on other automakers to electrify their lineups is at a fever pitch. The race is now on and the losers will be stuck with stranded ICE assets.