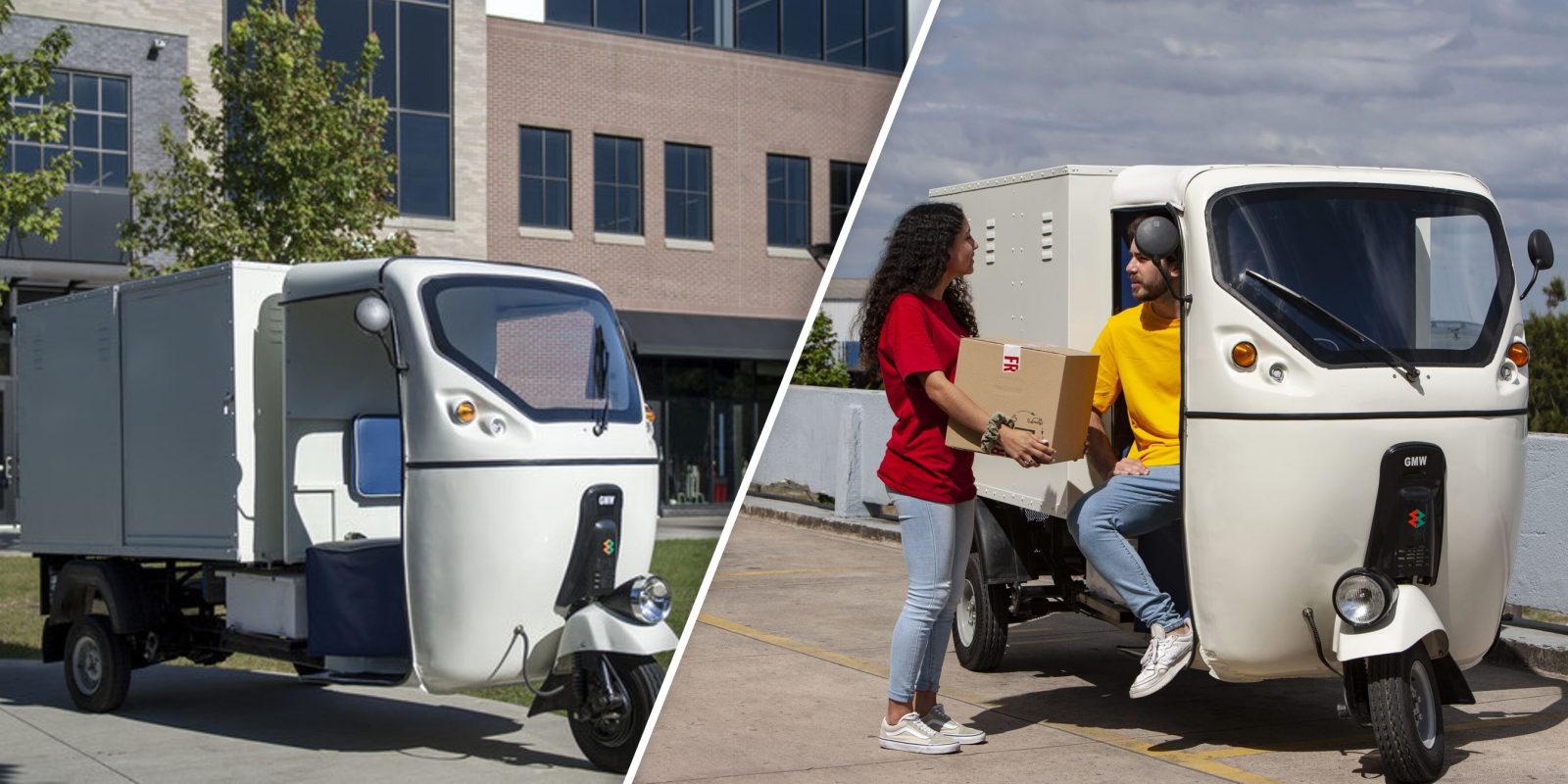 Asia has held a monopoly on those awesome three-wheeled vehicles commonly known as tuktuks or rickshaws for far too long. Now BILITI Electric is trying to change that with the US introduction of the GMW Taskman.

The vehicle’s US debut has just occurred at the LA Auto Show, where the team showed off the new electric three-wheeler and its novel battery charging options.

Designed for commercial use such as last-mile deliveries, the GMW Taskman has a large rear cargo area that can support payloads of up to 1,500 lb. (680 kg).

That’s likely enough for most around-town tasks, but the electric three-wheeler comes with a clever solution to shorten charge times when the batteries finally run low. In fact, the charging step is removed altogether. Or at least it’s performed off of the vehicle.

Instead, a swappable battery system known as the SmartSwapp allows commercial users to slide in new batteries when the Taskman’s charge run lows. It’s a concept similar to Gogoro’s famous swappable batteries. BILITI also offers an app that can point drivers toward swap stations, meaning vehicles wouldn’t need to return to a depot or operations base for swaps. The app also allows commercial operators to keep tabs on the vehicles while they are operating.

The battery swap takes less than one minute, meaning commercial operators can get the Taskman back out on the road quickly. The depleted battery can then be charged while the Taskman continues on its way with a freshly charged battery.

With a maximum speed of just 25 mph (40 km/h) thanks to its 4.5 kW (6 hp) motor, the Taskman isn’t necessarily the fastest vehicle on the road. But it could be one the fastest electric tuktuks in the US (spoiler alert: there isn’t much competition). It would also tie my own Asian-imported electric mini-truck for top speed.

The vehicle may be new to the US, but it has already received extensive testing elsewhere.

Major retailers such as Ikea, Walmart, and Amazon have used the GMW Taskman for commercial use in 15 countries across Europe and Asia.

Together they’ve racked up over 20 million miles and delivered over 12 million packages, according to BILITI Electric.

With all of that roof space, the company is also exploring solar panels as a way to charge the vehicles while in use.

“At AutoMobility, we also highlighted a very important green innovation for the first time — solar panels. The solar panels are mounted on three sides of the vehicle and provide enough power to fully recharge the Taskman battery in just over three hours. You can rely on the sun for 100% recharge, for an extended range of another 110 miles.”

Three hours would be an impressive recharge, especially since no other solar-powered electric vehicles even come close to such a claim. Most use solar panels as a way to trickle charge the batteries, adding meaningful range but usually not serving as a complete replacement for charging from the grid.

What do you think of BILITI Electric’s GMW Taskman? Could you see these making deliveries in your town? Let us know in the comments section below!