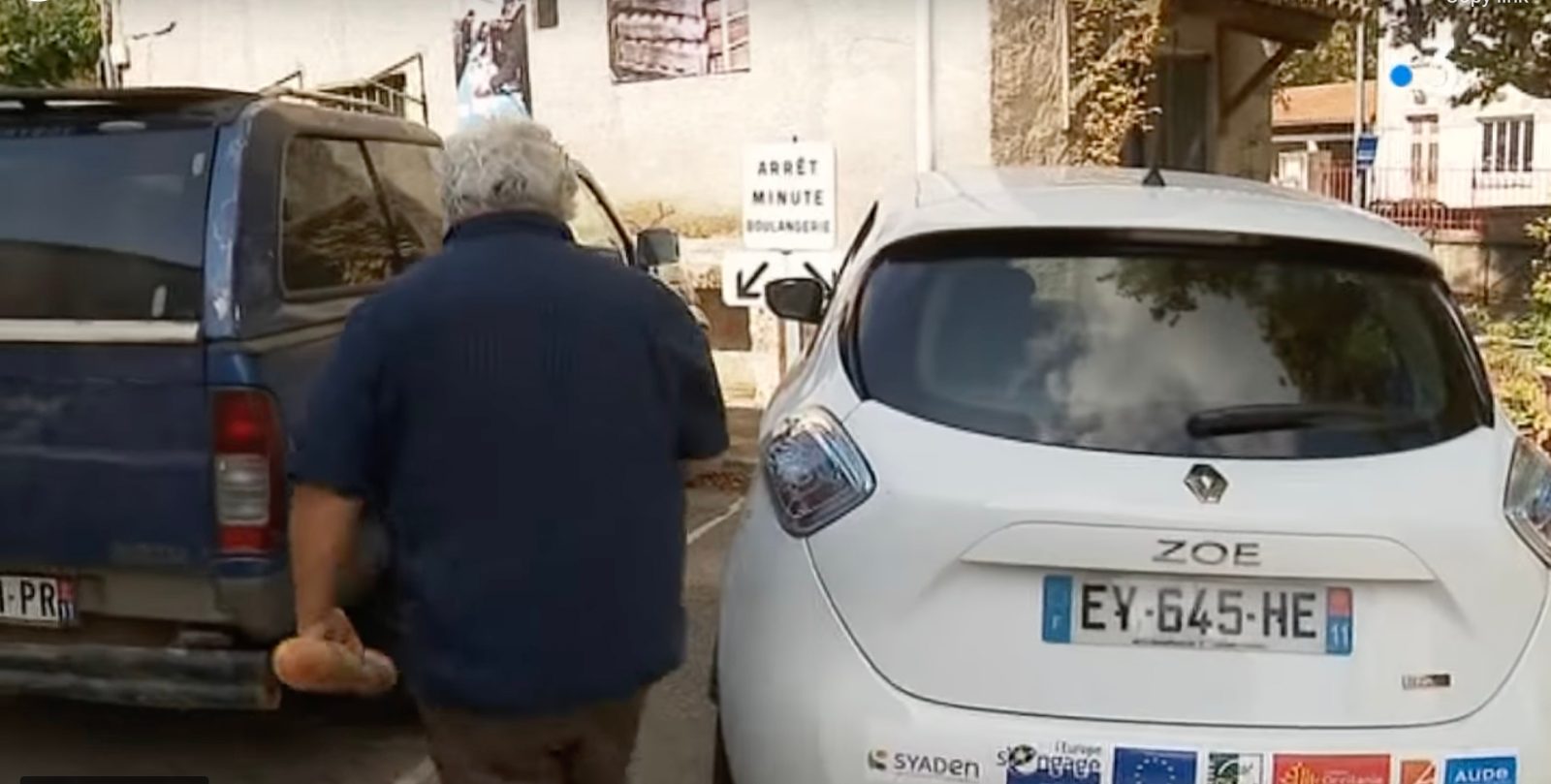 A village in southwest France had a problem: too few remaining local shops providing for the needs of its 130 aging and decreasingly mobile residents. To break the resulting isolation, the hamlet set itself up with a solar-recharging Renault Zoe EV that villagers take turns using to run errands in outlying towns, and voilà ­­– affordable, safe, and carbon-free transportation available to all.

The communal EV scheme was the brainchild of Philippe Brulé, who until last year was the mayor of Villerouge-Termenès, a village nestled in the hills of France’s Aude region. It came to him after a roof was erected to protect an outdoor parking area, and wound up being fitted with solar panels. The electricity generated from that powered two local artisanal workshops, as well as an EV recharging station.

The thing was, Villerouge-Termenès was flat out of battery-powered cars. What it did have, however, was a significant number of residents who either had no traditional cars of their own to get around, or found driving any significant distance too expensive.

Brulé decided to take on those two challenges in search of a solution.

In doing so, he and a few enthusiastic villagers put together a project to buy a Renault Zoé that would be available to anyone wishing to use it. Someone wanting to strike out the 10 km. to the nearest bakery, or farther away to a supermarket, would use the Villerouge-Termenès website to reserve the EV. The cost of borrowing the communal car would be set at a modest $8 per half day (double for longer outings), with that money used for financing upkeep of the car. It resembled the shared EV fleets in big cities, minus the profit motive.

Two years ago, that project became reality with a sharing scheme now attracts a core of around 40 regular drivers – though the actual number of villagers involved is higher, since carpooling tends to increase passenger loads. Brulé says the Zoé covers about 30,000 km. per year, and can also be rented by visiting tourists (though they’d need to find a way out to the remote village first).

Locals calculate that by leaving their ICE cars at home in favor of the collective EV, their use of the service eliminates some 4.1 tons of carbon emissions that would have otherwise been spit into the air each year.

“We live here in a region that’s been protected from pollution, and we’re very attached to the environment,” Jean Clarinval, the village doctor who also pays visits on other patients in the region, said in a France 3 report. “I make house calls in about 10 villages, driving 120 km. in an afternoon, and three-quarters of the time I’m on the road is way out in the country. So being able to use a non-polluting vehicle fits in perfectly with my conception of rural medicine.”

Villager Jean-Robert Croquet told the same report he uses Villerouge-Termenès’ EV about once per week on average, often to run errands but also to occasionally see a play in one of the bigger towns.

“What convinced me first was the ecological argument, but there’s also the economical one,” Croquet said, noting he sold his own car once the shared EV became an option. “When you do the math, taking everything into account, going down into Narbonne and coming back up in a car costs about $58. This one we rent for $8 for the half day.”

Thanks to Brulé’s spade work, that’s about all the EV costs Villerouge-Termenès. Over half the total $53,639 price of launching the scheme was underwritten by European Union and regional government grants, with funding from other local administrations picking up most of the rest. Not surprising, then, that after a recent audit of the scheme as it nears its third year, residents overwhelmingly supported its indefinite continuation.