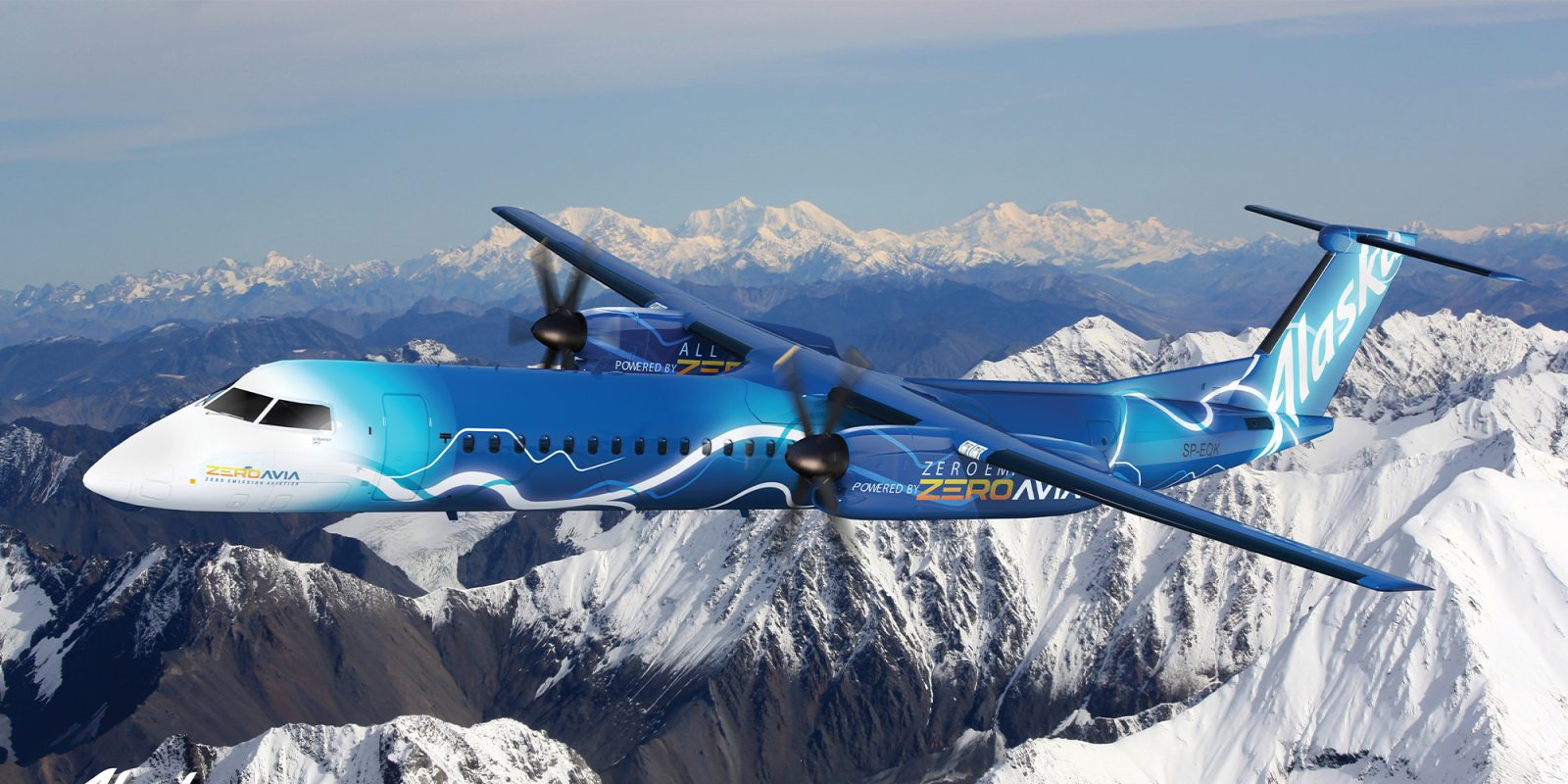 Alaska Air Group, the parent company of Alaska Airlines, is collaborating with ZeroAvia to develop a hydrogen-electric powertrain that will be implemented on a 76 passenger plane. When completed, the ZA2000 hydrogen-electric powertrain should boast 2,000-5,000 kW of power with a 500-mile range. As a new investor in ZeroAvia, Alaska Air plans to electrify its aviation to meet its goal of achieving net-zero emissions by 2040.

Alaska Air Group is an aviation parent company with Alaska Airlines and Horizon Air Industries under its umbrella. This past April, the company signed The Climate Pledge, outlining a plan to reduce its carbon emissions to net-zero by 2040. This timeline was also led by commitments to improvements of company-wide carbon, waste, and water impacts by 2025.

The five-part path toward 2040 includes novel forms of alternative propulsion such as electric and hydrogen-powered technology, much like what ZeroAvia develops.

ZeroAvia is a zero-emission aviation company focused specifically on hydrogen-electric propulsion solutions to address a variety of aerial markets. With operations in the US and UK, ZeroAvia currently has experimental certificates for two prototype aircraft from the CAA and FAA.

The company is working toward commercial electric plane operations with its 600kW powertrain in 2024 as well as the aforementioned 2,000-5,000 kW version after that. With today’s announcement, Alaska Air hopes to help aid in developing ZeroAvia’s hydrogen-electric technology and implement it in passenger planes.

In a recent press release, ZeroAvia announced that Alaska Air Group has signed on as an investor. The two companies will collaborate to scale ZeroAvia’s existing powertrain platform technology to support electric planes that can carry more passengers longer distances.

ZeroAvia’s powertrain is a combination of components from partners and proprietary integration hardware and software that manages the system and interfaces with all the aircraft systems.

The powertrain delivers clean energy through fuel cells that use hydrogen stored in the wing to create a chemical reaction that produces electricity.

If proven as a viable proof of concept, Alaska Air already has the option for up to 50 additional kits to convert its regional planes to hydrogen-electric power.

Looking ahead, ZeroAvia looks to use its new investment and other resources from Alaska Air Group to continue to advance its electric plane powertrain technology.

This includes preparing a 19-seat aircraft for flight testing in the UK, as well as full-size prototype manufacturing of the 2,000 kW powertrain ahead of demonstrations in 2022.

You can see the company testing out its 600 kW system on the ground in the video below: