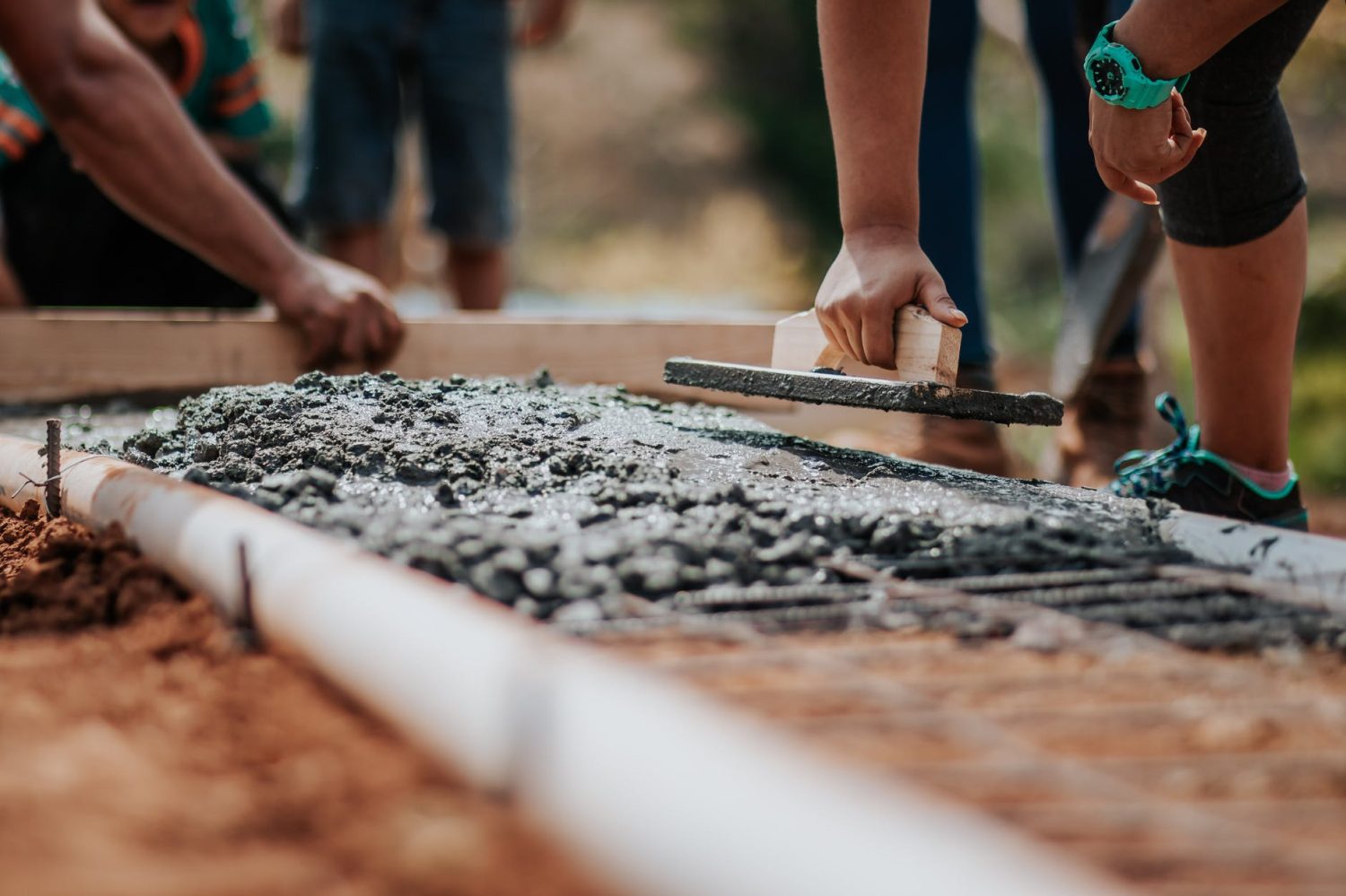 Electrek spoke with Rick Bohan, VP of sustainability at the Portland Cement Association (PCA), which represents 92% of US cement manufacturing production capacity and has distribution facilities in every continental US state. Cement is the second-most-used construction material on the planet.

In November 2020, PCA announced an industry-wide ambition to develop a road map by the end of 2021 to help its member companies achieve carbon neutrality across the concrete value chain by 2050.

October 12 update: PCA today released its “Roadmap to Carbon Neutrality,” which lays out the US net zero plan across the cement and concrete value chain by 2050. Bohan discussed this in his original Q&A with Electrek below.

PCA is aligned with the Global Cement and Concrete Association (GCCA), which represents 40 of the world’s biggest producers and about 80% of the industry outside China.

On a global scale, GCCA also made the pledge to reach net zero by 2050 today. Several major Chinese cement and concrete companies, which account for about 20% of China’s market, have also joined the pledge.

The manufacture of cement accounts for 1.25% of US emissions.

Cement is the key ingredient in concrete, so the forthcoming road map addresses not just cement, but concrete, too. Urgent action is necessary so cement and concrete can continue to play a critical role in the US’s infrastructure future without making emissions worse.

Electrek: What are some examples of steps that PCA’s road map will likely include to achieve carbon neutrality across the concrete value chain by 2050?

Rick Bohan: The road map being developed by PCA on behalf of the cement industry will include the full concrete value chain – from the production of cement through the use of concrete across the nation. A few examples of the actions included in the road map are:

Increasing access to alternative fuels, especially materials that otherwise end up in landfills, for cement plants to use;

Investing in carbon capture, utilization, and storage (CCUS) technology and critical infrastructure to support CCUS, including a robust and smart electric grid.

Electrek: Could you describe how those examples will work in real terms?

Rick Bohan: Increasing access to alternative fuels, especially materials that otherwise end up in landfills, for industry can have a dramatic and immediate impact. Currently, many cement plants are reliant on non-renewable resources to power plants, but that could be mitigated by increasing access to alternative fuel sources. Through this increased access, alternative fuels including fly ash, carpet remnants, tires, and other non-hazardous materials are not only helping to reduce emissions, but also diverting materials that would be otherwise sent to a landfill.

Cement kilns are extremely efficient at combusting any fuel given their extremely high operating temperature, and they can maintain emissions at or below the levels from more traditional fossil fuels.

In order for non-hazardous waste to be rerouted from landfills to industries such as cement to use for fuel, we’ll need regulatory reform and the recognition from policymakers that the increased use of alternative fuels is consistent with meeting mid-century climate goals. Today, alternative fuels make up only about 15% of the fuel used by domestic manufacturers, compared to more than 36% in the European Union, including as high as 60% in Germany.

US cement plants began adopting alternative fuels as early as the 1970s, but today these fuels only make up about 15% of the fuel used by domestic cement manufacturers due to outdated/burdensome regulations. It’s really unfortunate, because there’s almost a regulatory disincentive against beneficial use of alternative fuels.

Portland limestone cement offers the same durability and resiliency benefits of any other Portland cement, while reducing embodied CO2 by 10%. By optimizing the amount of clinker in cement to incorporate more limestone, we can reduce the amount of energy (and associated emissions) used to heat clinker (the main ingredient in cement) and ultimately produce cement.

PLC isn’t as widely used as it could be, and barriers for broad uptake seem to be just a case of institutional inertia. People tend to stick with what they know, but in this case, doing so misses a great opportunity.

By shifting to PLC, manufacturers have already reduced CO2 emissions by more than 325,000 metric tons in the US from 2012-2018, equivalent to carbon stored in over 400,000 acres of forest. 32 state Departments of Transportation currently allow the use of PLC, yet until recently, PLC was still less than 1% of total cement shipments.

Carbon capture, utilization and storage-related technologies and innovations will not only be groundbreaking for the industry but also essential. There’s a unique opportunity with concrete to actually use captured carbon in the concrete-curing process, helping to harden and strengthen the concrete more quickly.

The CO2 can be injected into fresh concrete and is actually permanently sequestered in the concrete, so even if a structure is demolished in the future, the CO2 is not released.

CCUS represents an opportunity to lower emissions substantially. As such, the industrial sector should increasingly focus on CCUS research and development.

Electrek: Are there any new innovations that PCA sees as being potentially groundbreaking for the industry to reduce emissions?

Rick Bohan: The technology for carbon capture is still in early stages, and hasn’t been developed to scale. Truly continuing to see innovation here is going to be groundbreaking for the industry.

Cement manufacturing is an energy-intensive process that depends on carefully balanced chemistry and physics. Cement plants run continuously, typically 24 hours a day, seven days a week, and generating and maintaining kilns at the high temperatures required to create clinker involves the combustion of significant quantities of fossil or alternative fuels. The chemical process to convert limestone and other ingredients into clinker is also emissions-intensive, typically generating 50% to 60% of the CO2 from manufacturing.

As mentioned, over 60% of the cement industry’s carbon emissions result from the chemical conversion of limestone and other ingredients into cement – there is no way to prevent the generation of CO2 during this process – it is a “chemical fact of life.”

Any long-term carbon reduction strategy for the cement manufacturing industry will require significant advances in CCUS technologies with a particular focus on research, development, and cost-effective deployment.

While promising CCUS technologies are under development domestically and overseas, none have reached the commercial stage of deployment.

Those technologies include traditional solvents, sorbents, and membranes, as well as unique technologies like algae capture, direct separation reactors, and oxyfuel calcination. Nearly all research and federal funding have focused on the energy sector, not industrial sector solutions. The CCUS technologies developed to date remain prohibitively expensive for energy-intensive industries, including cement.

Electrek: How would a more robust and smarter electric grid help the cement industry meet your goal of carbon neutrality by 2050?

Rick Bohan: We’re an energy-intensive, trade-exposed industry, and much of our electricity is consumed in crushing and grinding. It’s likely that plants will use technologies like waste heat reduction to generate onsite electricity, and we know that renewable energy will increasingly be a part of the cement plant energy mix. Both of those need a grid to deliver and to accept renewable energy, and that means a grid that’s reliable and robust.

Rick Bohan is vice president, sustainability for the Portland Cement Association. He is responsible for coordinating all of PCA’s sustainability-related activities including its ongoing development of a road map to carbon neutrality. He was previously senior director of research and technology at PCA. Rick is an editor and author of the second edition of PCA’s 2-volume book, Innovations in Portland Cement Manufacturing, along with many other publications. His career with PCA spans 27 years in virtually every aspect of cement and concrete technology and applications. Before his tenure at PCA, Rick worked in consulting engineering and served on active duty as both an enlisted Marine and a commissioned Marine officer. He holds a BS in civil engineering, an MBA, and is a registered professional engineer.