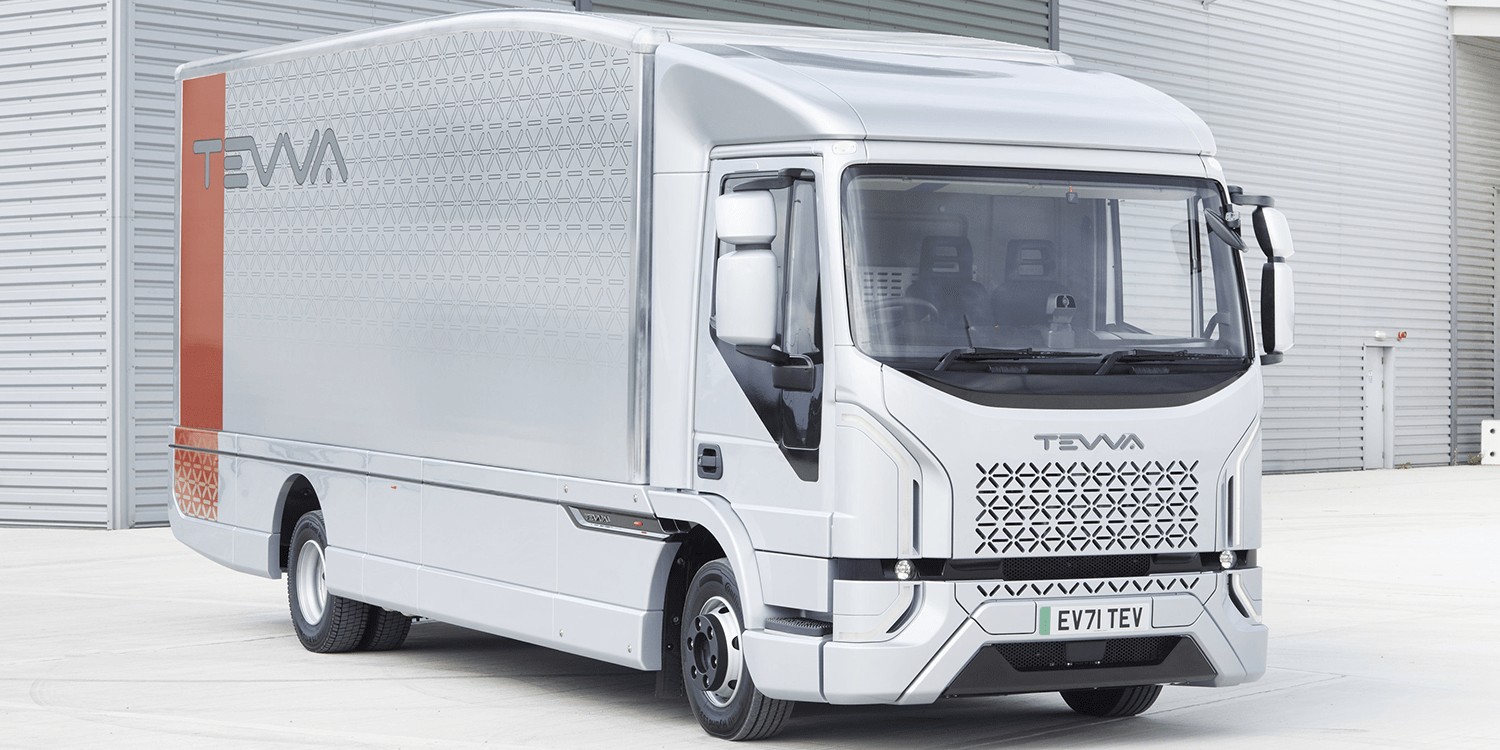 The UK has banned new ICE vehicles from 2030, so UK electric truck manufacturer Tevva has responded by unveiling the first British-designed 7.5 metric ton electric truck for mass production in the UK market. It will be capable of carrying up to 16 Euro-pallets. Tevva says the total cost of ownership for its new truck is comparable to a diesel truck. The company is taking reservations now with a £1,000 deposit per truck.

It offers a range of up to 160 miles (250 km) in pure battery electric vehicle (BEV) form, or up to 310 miles (500 km) with its patented range extender technology (REX), which has now been upgraded to use hydrogen fuel cells.

The Tevva Truck will be manufactured at a new 11,000-square-meter (118,400-square-feet) factory in the London Thames Freeport area. Freeport is “an economic zone connecting Ford’s world-class Dagenham engine plant to the global ports at London Gateway and Tilbury, with an emphasis on introducing electric and autonomous vehicle technology along the A13 corridor into London.”

Tevva’s new factory is expected to create an additional 1,000 skilled mechanical, software, engineering, and manufacturing jobs in the next 24 months.

The world’s longest subsea power cable that carries clean power from Norway to the UK is now live. The source of the clean energy is hydropower.

The 450-mile (725km) cable runs between the Norwegian village of Kvilldal and the town of Blyth in Northumberland.

The UK’s National Grid says that the 450-mile North Sea Link, as it’s called, will import enough hydropower at full 1,400-megawatt (MW) capacity to power 1.4 million homes. It will start with a maximum capacity of 700 MW and then ramp up to 1,400 MW over three months.

When wind generation is high and electricity demand low in Britain, [North Sea Link] will enable renewable power to be exported from the UK, conserving water in Norway’s reservoirs. When demand is high in Britain and there is low wind generation, hydropower can be imported from Norway, helping to ensure secure, affordable and sustainable electricity supplies for UK consumers.

ChargeUp Europe has more than 300,000 charging points in the European Union.