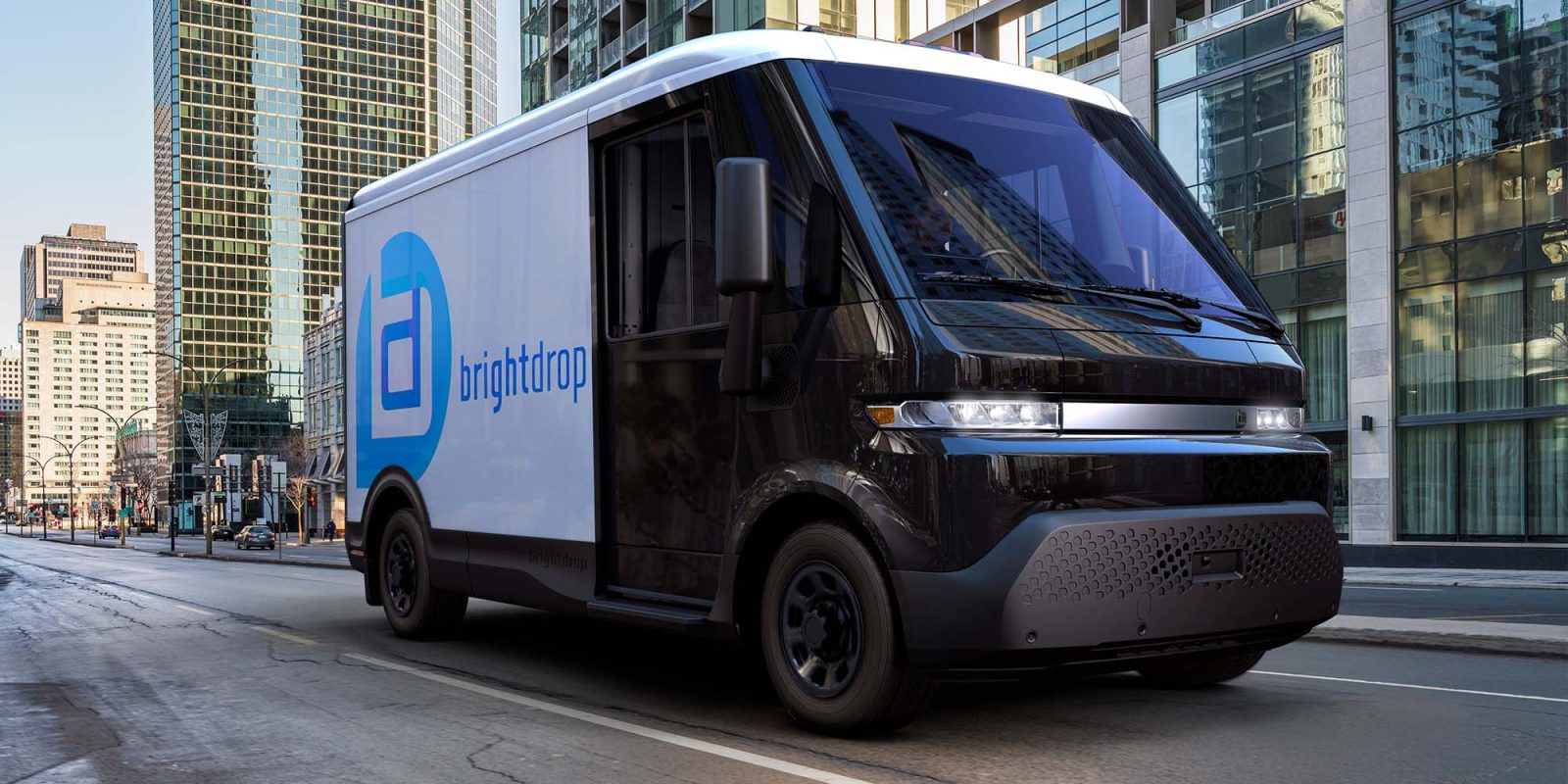 Following a progress update of its upcoming EV600 electric Light Commercial Vehicle (eLCV), BrightDrop has unveiled a second EV to follow. General Motors’ newly dedicated commercial EV and logistics company has now shared a glimpse of the BrightDrop’s EV410, a smaller version of its flagship eLCV, and announced that Verizon is locked in as the vehicle’s first customer.

BrightDrop is an electric-focused brand formed by GM at the beginning of this year that is developing eLCVs for last-mile deliveries, as well as electric smart containers, and cloud-based software.

When GM CEO Mary Barra announced the new division at CES this past January, she also revealed BrightDrop’s first vehicle, the EV600 – named after its 600 cubic feet of cargo space. Furthermore, Barra revealed that FedEx had already signed on for the first 500 off the assembly line.

To produce these new EVs, GM shared plans to invest over $800 million to convert its CAMI Assembly Plant in Ingersoll, Canada, to support electrification manufacturing.

By February, Merchants Fleet had been announced as BrightDrop’s second EV600 customer, committing to purchase 12,600 eLCVs.

With its latest announcement, BrightDrop strides in developing the EV600 turned out to be a sprint, and the EV will soon be joined by a second eLCV that already has a commitment from Verizon.

In a press release today, GM’s BrightDrop has shared new details of its upcoming EV600 eLCV, which will see its first deliveries to FedEx Express this holiday season.

Despite global supply chain shortages, the EV600’s 20-month journey from concept to commercialization is the quickest program to market in General Motors’ 113-year history.

According to BrightDrop, this speedy process was due in part to GM’s modular Ultium battery platform, as well as virtual development processes established within the GMC Hummer EV program.

With commercialization of the EV600 underway, BrightDrop has shared a second eLCV to come called the EV410. This mid-size vehicle will offer just over 410 cubic feet of cargo space, on a shorter wheelbase compared to the EV600 at just over 150 inches.

At 20 feet in length, BrightDrop’s EV410 is designed for last-mile deliveries and commercial services, as it will be easier to maneuver and can fit into a standard-size parking space.

This is easier for drivers in bustling cities, or those who bring their work vehicle home each night. BrightDrop president and CEO Travis Katz spoke:

As e-commerce demand continues to increase and the effects of climate change are felt like never before across the globe, it’s imperative that we move quickly to reduce harmful emissions. BrightDrop’s holistic delivery solutions are designed to help tackle these challenges head on. We’re excited to get these world-class electric vehicles on the streets in record time

Speaking of drivers, telecom giant Verizon has signed on as the first customer of the new EV410, although BrightDrop is not sharing sales volumes at this time.

When it does debut behind the EV600, both eLCVs are promising up to 250 miles of range (BrightDrop is not sharing battery size at this time) and a gross vehicle weight rating under 10,000 pounds.

As previously mentioned, the first EV600’s destined for FedEx Express will arrive before the end of the year. GM remains focused on converting its CAMI plant to support large-scale production of the EV600 by November 2022.

BrightDrop plans to begin production of the EV410 at the CAMI assembly plant in 2023. BrightDrop has not shared any pricing for either eLCV at this time.

Twenty months is a lightning-fast timeline to get an EV mass-produced. The only other commercial EV company that comes to mind working at that quickly of a pace is Volta Trucks. Volta has zoomed through development of its Zero truck.

We’ve covered BrightDrop’s progress since its debut earlier this year, and the movement on the EV600 should be encouraging, although it’s unclear at this point how many of those 500 FedEx Express vans will deliver before year’s end.

When the CAMI facility remodel is complete late next year, BrightDrop should truly start cruising on EV deliveries.

The biggest news here, however, is the EV410 commitment from Verizon. The exact numbers still remain a mystery, but Verizon has a tremendous fleet of vans used for all sorts of telecom services.

With the smaller EV410 designed to be easily parked curbside or in parking spots, Verizon could end up being a cash cow for the young GM division, as the telecom company looks to bring its entire fleet operations into a zero-emissions future by 2035.