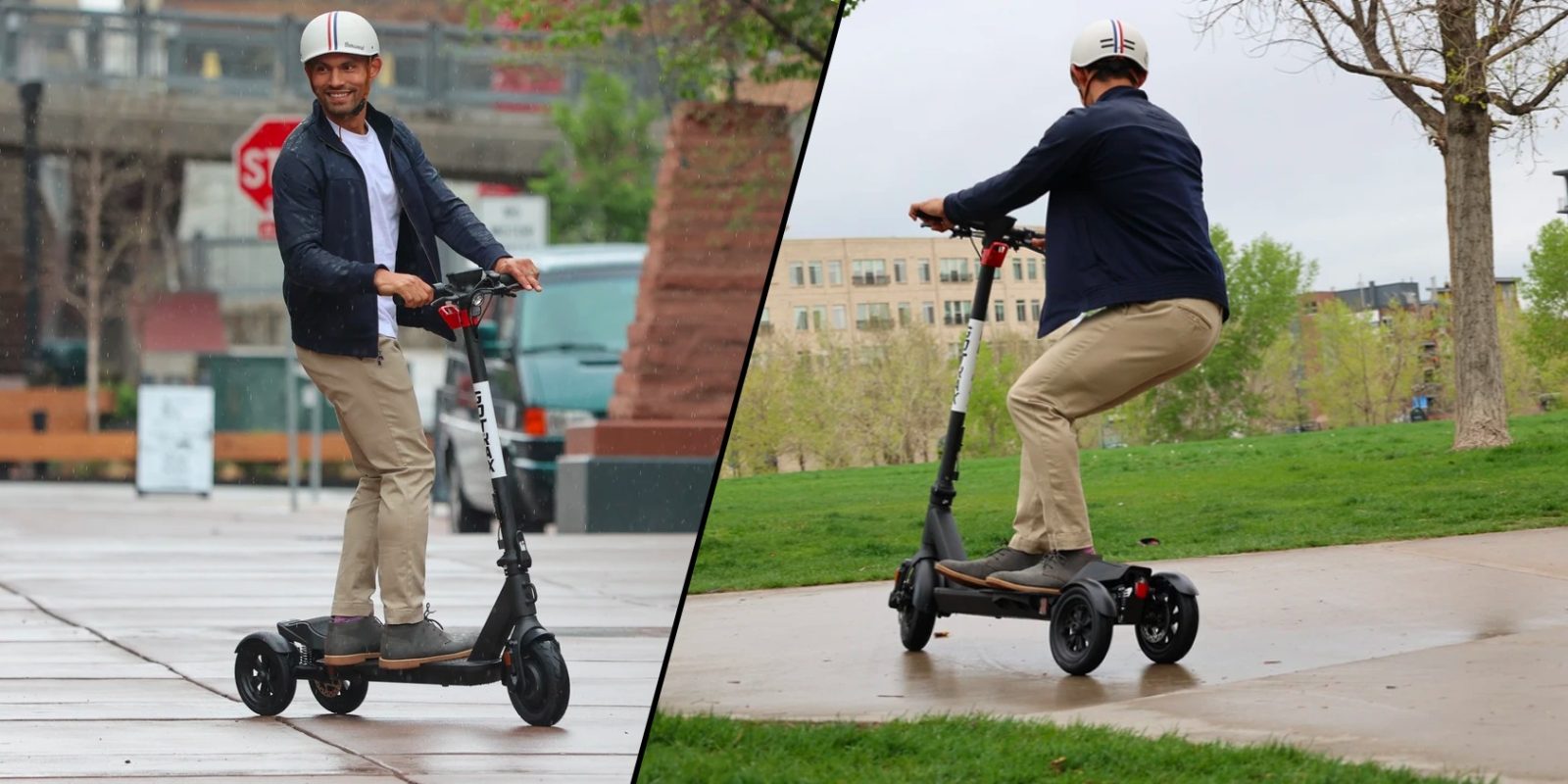 GOTRAX has just launched its first ever three-wheeled electric scooter, the GOTRAX G PRO, touting its stability benefits for commuters.

GOTRAX has long been a leader in the budget electric scooter category, but has so far focused entirely on two-wheelers.

The new G PRO electric scooter adds a third wheel in back to create the company’s first trike scooter.

The main advantage of the three-wheeled design is increased stability, such as being able to remain on the scooter at stops. The dual wheels also offer a much wider deck to stand on.

And with the rear suspension design, the scooter leans into turns like a two-wheeler instead of remaining upright like a rigid trike design.

“The G PRO is taking electric scootering to an all new level with its 3-wheel design. Expect improved stability and mobility while riding on the latest and greatest electric scooter technology.”

The front wheel lacks suspension, but the two rear wheels have independent spring suspension that should give the scooter a more comfortable ride over obstacles.

All three wheels feature disc brakes, helping to bring the scooter back to a stop quickly.

GOTRAX quotes a maximum range of 24 miles (38 km), though that is likely in the lower of two possible power levels.

Riders can use the buttons on the handlebars to choose between the power levels, as well as to activate the LED lights and even enter in the passcode to unlock the scooter. Not many electric scooters include customizable passcodes, making this a rarity in the industry.

Another nod to security is a built-in cable lock in the stem. It doesn’t look very thick, but it’s likely a good way to lock your helmet to the scooter or even lock the scooter itself briefly when running into a shop.

A lock-capturing ring is welded on the front of the scooter head tube, providing a nice spot for a U-lock or stronger cable lock.

The GOTRAX G PRO also folds for easier storage and carrying, though the 52 lb (23.6 kg) weight means this won’t be a fun scooter to carry for too long. Quick carries onto the subway or up a flight of stairs are definitely possible, but longer stints may result in a sore arm.

Available in three color options and touting an $899 price tag, the G PRO is now available. We’ll be testing one out for an in-depth review soon, so be sure to check back for that to hear our thoughts on this new style of electric scooter.