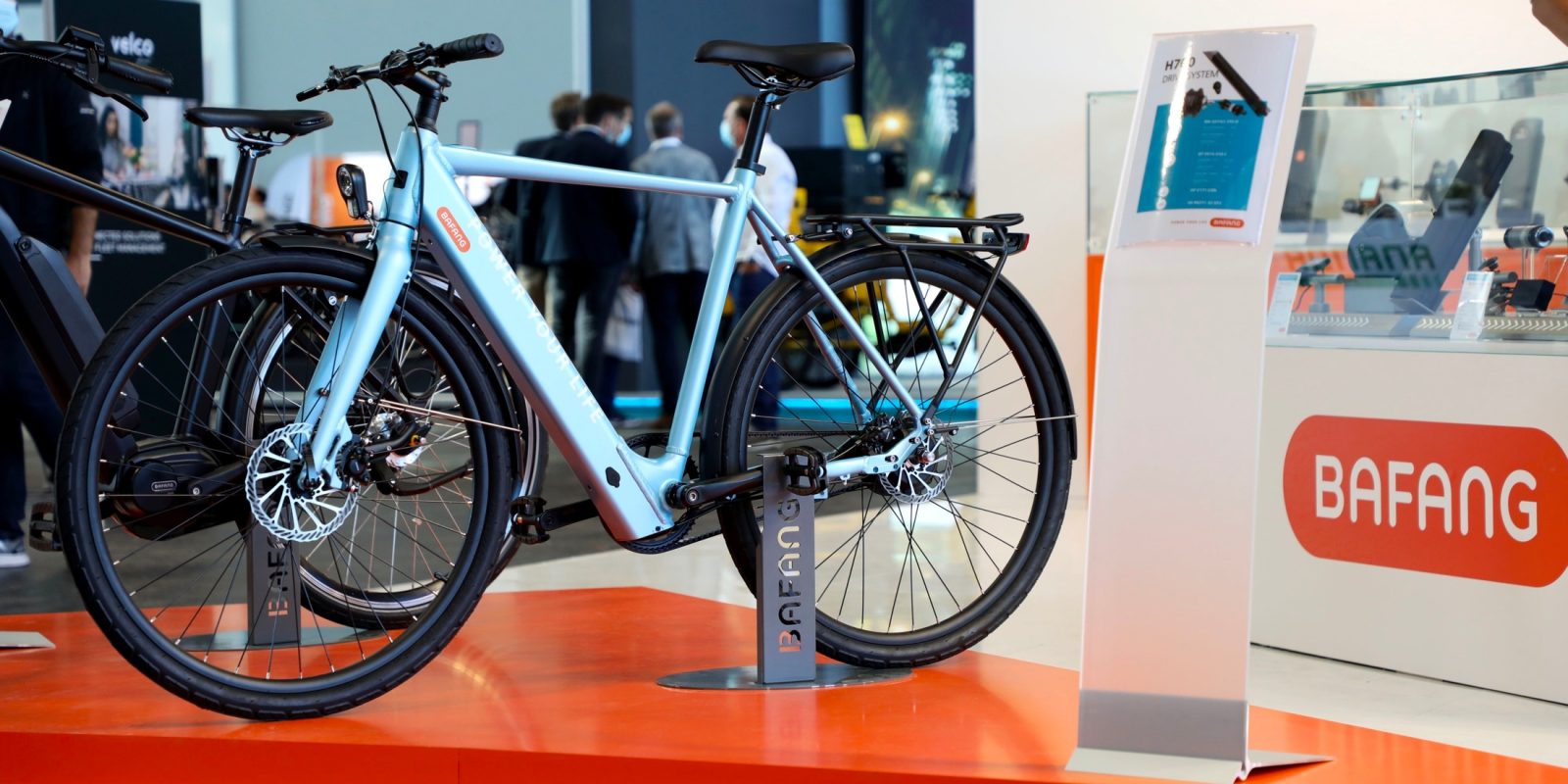 Bafang has just unveiled its new H700 electric bicycle drive system, complete with a dual-speed automatic shifting motor and several other innovations as part of a complete e-bike drive package.

Bafang is one of the leading electric bicycle drive manufacturers and perhaps the only Chinese manufacturer that can rival European heavyweights like Bosch for market share.

We actually had the chance to tour Bafang’s factory in Shanghai, and you can check out that experience here.

Bafang has been increasing the variety of motor systems in their model line, and the new H700 electric bike drive system incorporates a number of interesting advancements designed for city e-bikes.

While the company makes several mid-motor e-bike drive systems, the H700 is based on a hub motor. Hub motors are often considered to be older technology, though Bafang’s new motor offers a new age twist on the classic tech.

The 3.2 kg (7 lb) motor houses an automatic shifting dual-speed transmission. When riders engage the drive, the bike measures the current speed and shifts accordingly to adjust the motor output. More torque is available in the lower gear, which is helpful for acceleration and hill climbing. When riders are moving faster, the higher gear is automatically selected to provide more speed.

This solution allows the motor to offer a wider torque curve without increasing the power of the motor. That’s extra helpful considering the motor is classified as a 250W motor to meet European electric bicycle power limits. The company also confirmed that the motor’s torque output is 32 Nm, though it is unclear which gear that is in. If that’s the peak torque output, it is likely in the lower gear.

The H700 drive system is comprised of more than just the new motor. There’s also an internal battery, a single-button remote and a torque-sensing bottom bracket.

The battery is designed to slide inside of the downtube, which is a common placement in city e-bikes that seek to hide away unsightly batteries inside the bike frame. It also makes it much harder to steal the battery – a common problem with e-bikes parked in the city.

The single-button remote is intended to be incorporated into the top surface of the bike’s top tube. That’s another common design for urban e-bikes and helps free up space on the handlebars for phone mounts, lights and other commuter necessities.

Lastly, the torque sensor is a more elegant way to engage pedal assist on an electric bike. Unlike cadence based sensors that simply measure the speed of pedaling and add motor assistance accordingly, torque sensors apply power based on how hard the user is pedaling. Speed can be a tricky way to measure pedal input, as speed readings take longer to calculate because the on-board computer waits for several readings over a period of time to calculate velocity. Torque readings are nearly instantaneous and are based on a sensor similar to a stress gauge. That means the motor response comes on more quickly and accurately.

Bafang expects to begin delivering its new H700 system by the end of September. We’re likely to see it implemented in value-priced e-bikes available for the European or Australian market.

Most of the more premium city e-bikes use mid-drive motors, especially those produced by European manufacturers. That means Bafang’s new H700 system is likely to find itself on e-bikes designed for more price-conscious riders.

With Bafang’s history of quick rollouts, we may be seeing the first H700-equipped electric bikes rather soon.