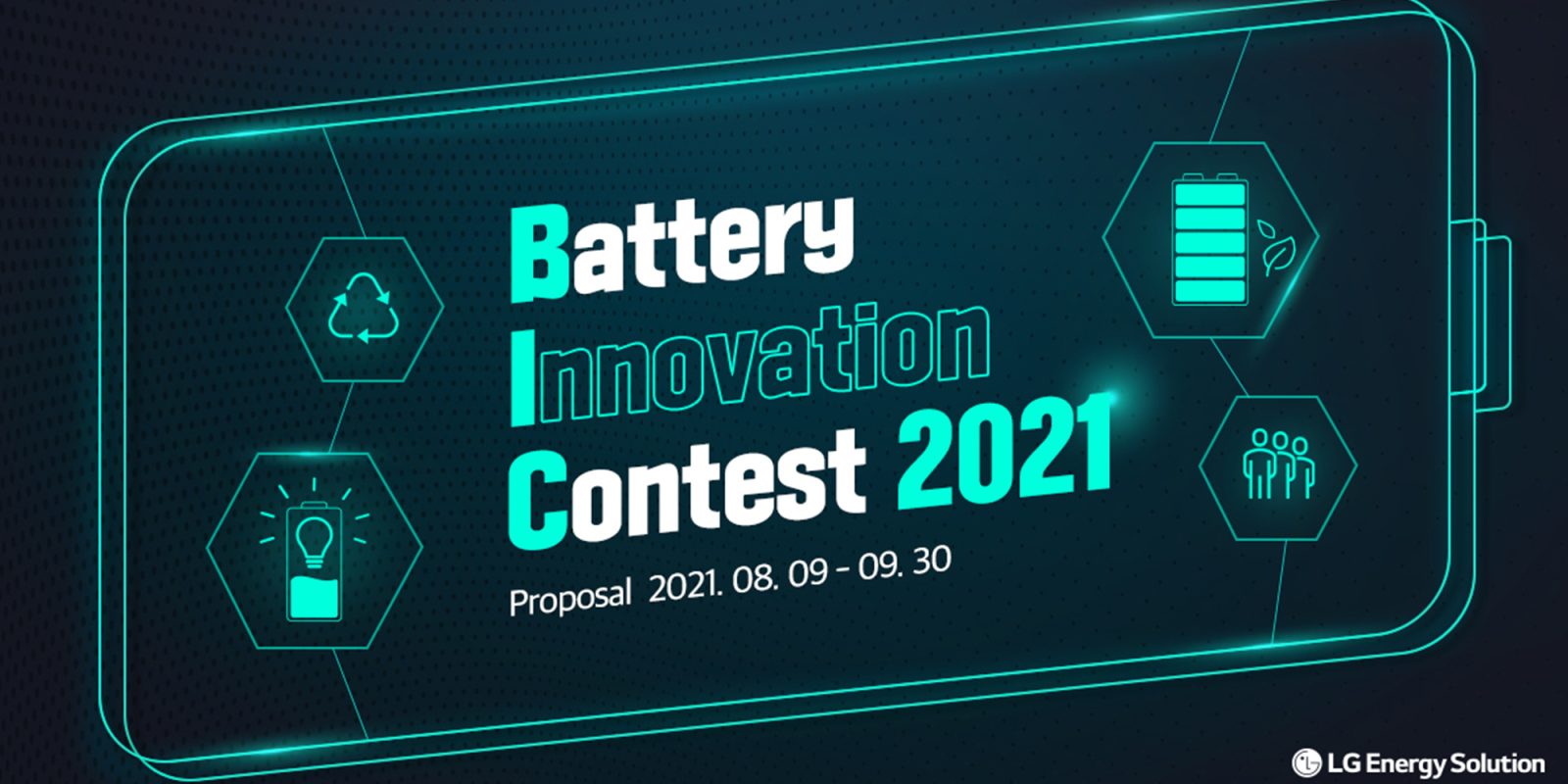 LG Energy Solution is looking to universities and research institutes around the world to help push the next generation of battery technologies forward in the form of a contest. Its international “Battery Innovation Contest” (BIC) will be hosted by LG Energy Solution with open entries through September. The contest is open to all topics pertaining to batteries, and the winner will receive a prize up to $150,000 annually for continued R&D.

LG Energy Solution sits as a newer battery production unit of LG Group, spun out of LG Chem toward the end of 2020. Its current areas of focus development are lithium-ion batteries for EVs, Mobility & IT applications, and Energy Storage Systems (ESS).

At the end of July, LG Energy Solution announced a partnership with Hyundai Motor Group to manufacture BEV batteries in Indonesia under a joint venture with the country’s government.

LG Energy Solution now looks to accelerate any and all facets of battery research and development through a new contest open to the public.

In a press release from LG Energy Solution out of Korea, its new Battery Innovation Contest will begin taking public entries today through September 30.

Any domestic or foreign scholars and/or researchers interested in participating in the battery contest can submit a technology proposal through the LG Energy Solution official website.

The battery contest is open to any and all battery topics, but LG is anticipating a focus on some of the more popular R&D today, such as batteries that are super safe, long life cycle, low cost, as well as solid-state electrolyte and next-generation batteries.

LG Energy Solution said it plans to implement a committee of internal experts to assess each of the research proposals based on the originality, and marketability of the techniques. Myung-hwan Kim, chief production & procurement officer and the head of the battery research center at LG Energy Solution, spoke about the contest:

LG Energy Solution aims to do its utmost to lead the battery industry by actively utilizing the outcomes of innovative researches shown from the’ Battery Innovation Contest. The contest will provide various opportunities for international scholars so they can give their best work in battery-related research.

Nominated proposals will be informed individually between November 2021 and February 2021. Each nominated institution will be granted up to $150,000 annually for continued research and development.

After a contract signing with LG Energy Solution, institutions will also be given the opportunity to exchange technologies with researchers from LG for at least a year. Certain nominated research institutions may qualify for multiple years of grants following the one-year guarantee.

What better way to push the pace of battery innovation than to get the public involved? I believe it’s a wonderful idea to implore the world’s universities and research institutions into battery advancement.

Those nominated get a grant and access to LG Energy Solution’s resources, while LG has the opportunity to fund and potentially acquire advanced battery tech.

Everyone could benefit, consumers included. $150k is a drop in the bucket for a major manufacturer like LG, but to some of these contestants, it could very well be the missing piece in helping them succeed in the research.