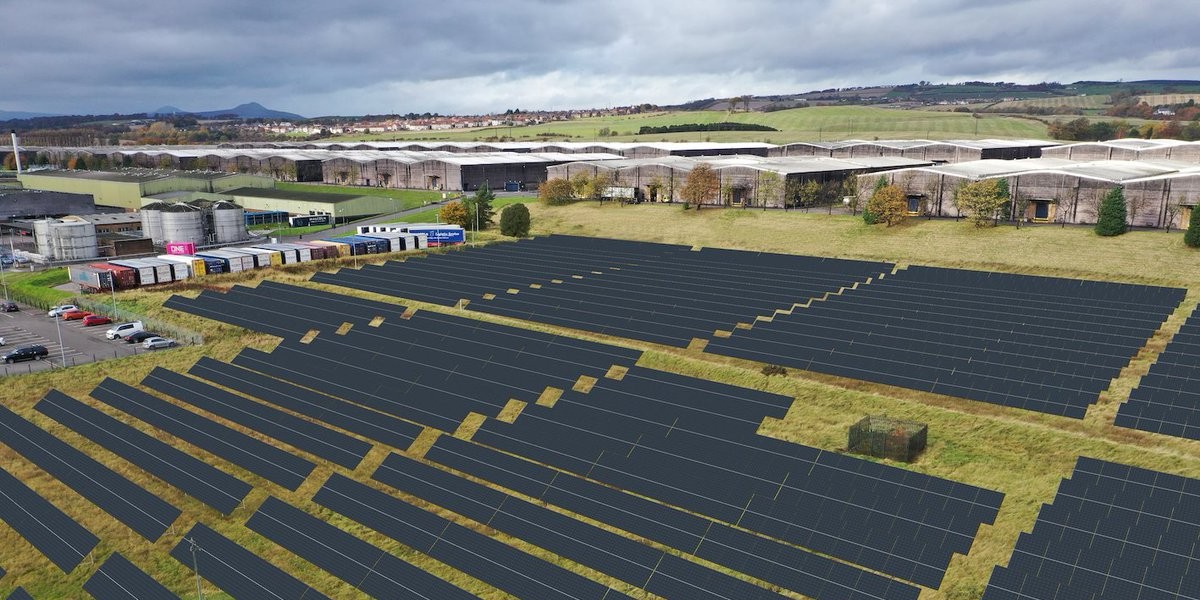 Alcohol giant Diageo, Scotland’s largest whiskey producer by volume, has applied for planning permission for an onsite solar farm at its plant in Fife, Scotland.

The huge multinational London-headquartered company that owns such brands as Guinness and Johnnie Walker wants to install a 4 megawatt, 12,000-panel solar farm on vacant land, entirely within the existing footprint of its 150-acre Leven packaging plant, which produces 40 million cases of premium alcohol annually.

Diageo aims to ensure the company sources 100% clean energy for all its operations and achieves net zero by 2030. It has also committed to partnering with suppliers to reduce its indirect emissions by 50%.

We have been on the journey to environmental sustainability at Leven for many years and we have made great progress, but this solar array would take us to another level, allowing us to generate our own renewable energy on-site and contributing to Diageo’s global ambition to achieve net zero carbon emissions by 2030.

The 800-megawatt, nearly 50,000-acre Kitty Hawk North is off the North Carolina coast, more than 27 miles (24 nautical miles) from the Outer Banks. If approved, it would feature up to 69 wind turbines.

Once the entire Kitty Hawk Wind Energy Area is complete, it’s expected to support a total generation capacity of up to 2,500 MW – enough to power 700,000 homes.

Kitty Hawk can transform the energy mix of Virginia and North Carolina while delivering a triple-win for the environment, coastal communities, and the region’s economy. We look forward to continuing our work with state and local leaders, BOEM, and communities to begin the formal environmental review and ultimately deliver this transformational project.

Avangrid Renewables is a partner on Vineyard Wind 1, the first commercial-scale offshore wind
project in the US that will deliver 800 MW of clean energy to Massachusetts beginning in 2023.

It’s also a partner on Park City Wind, an 804 MW project that will serve Connecticut, as well as on additional lease areas off the Massachusetts and Rhode Island coasts that can deliver up to 3,500 MW.

And in a rather amusing development on Monday, Brunswick County, North Carolina, commissioners unanimously voted to oppose construction of wind turbines within 27 miles of the county’s shoreline, because they’re worried about the view. The 27-mile buffer is already in place, and no wind farms are planned for the area. It looks like a preemptive veto for something that was never on the books to begin with.