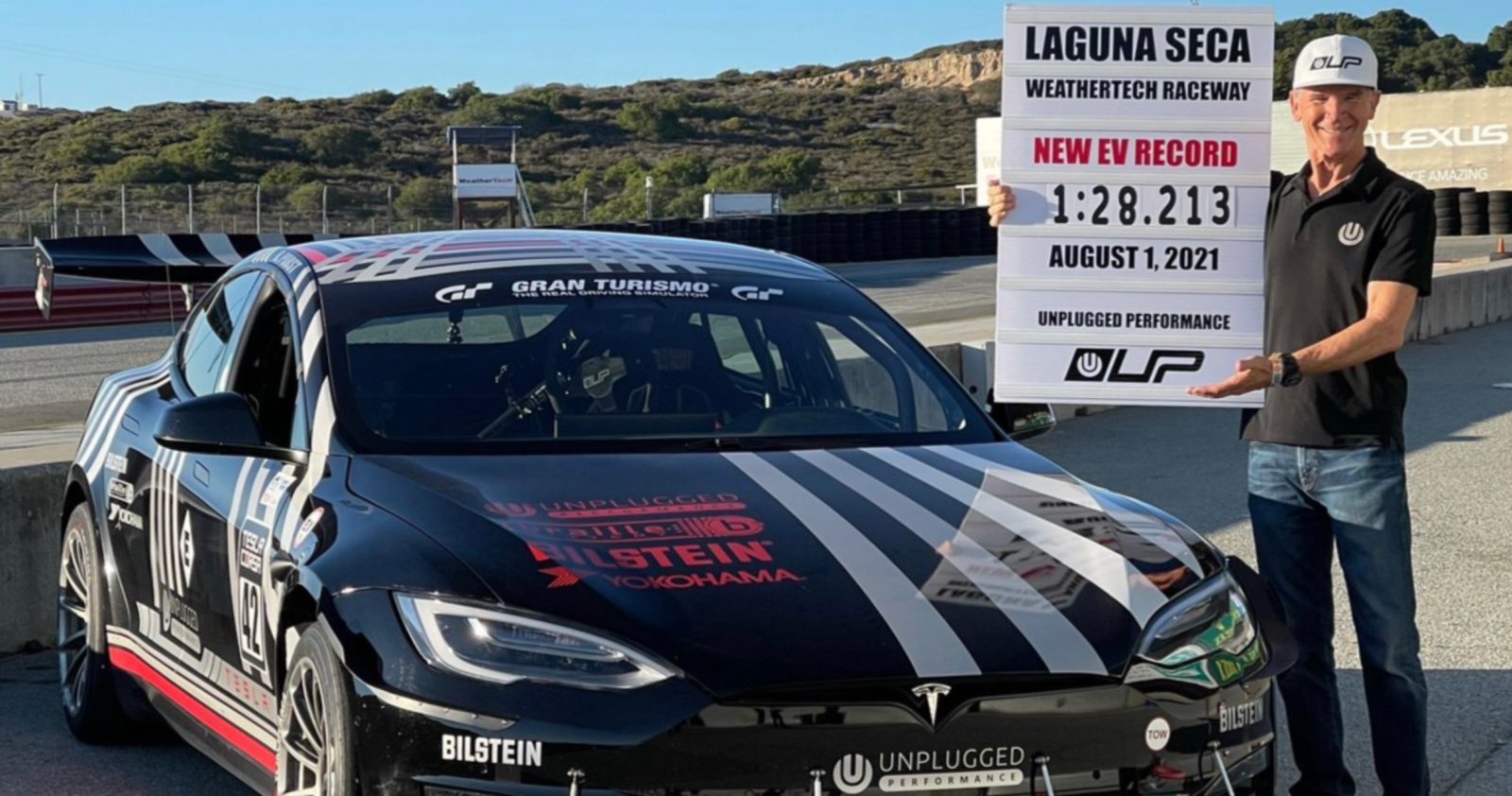 Only days after the launch event of the Model S Plaid in June, Unplugged Performance was spotted with a fully modded Plaid car at the Laguna Seca race track to do some testing ahead of the Pikes Peak hill climb.

It meant that the popular Tesla tuner had received an early unit from the automaker – showing a rare collaboration between Tesla and an aftermarket tuner.

In its testing on the track, UP was able to push the electric vehicle to 150 mph, but they didn’t break any record since it was their first time out with the car and the focus was testing for Pikes Peak just a week later.

After a great performance during the hill climb, now Unplugged Performance is back at Laguna Seca with their Model S Plaid and Randy Pobst behind the wheel.

Their return on the popular California proving grounds was successful as they managed to break the EV lap record with a 1:28.2 time:

The time is within a second of the fastest production car lap record also held by Pobst but in a McLaren Senna.

It’s possible that the Model S Plaid could beat that, but this version is significantly modified by UP with their race-specific suspension and several body modifications, like the large spoiler and front lip.

Over the last year, Tesla itself used Laguana Seca as a proving ground for early Model S Plaid prototypes

Now Tesla has been spotted with a new Model S Plaid in Germany near the famous Nürburgring racetrack.

The automaker had vowed to come back with production units and break some more records.