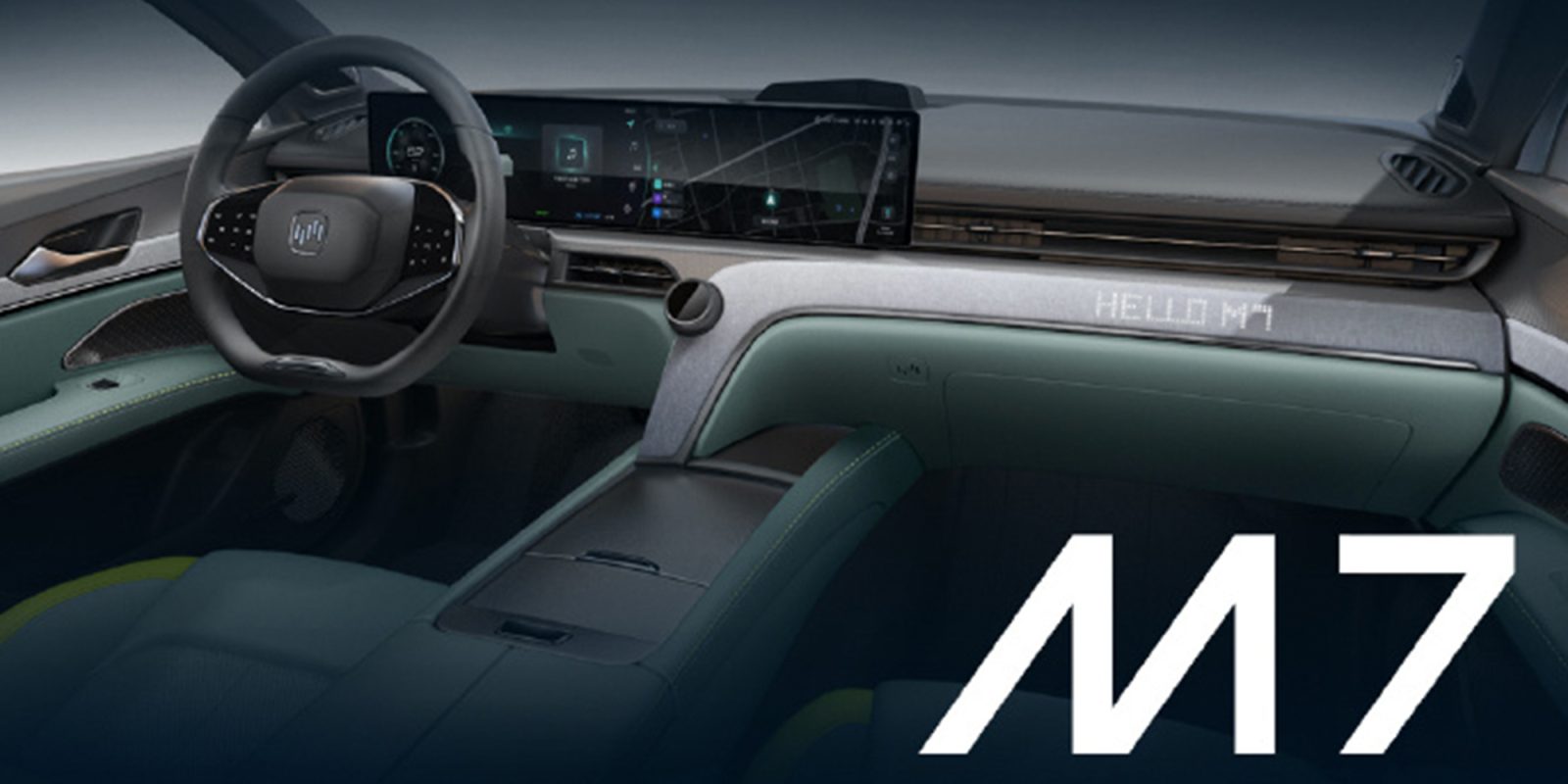 Chinese EV startup WM Motor has unveiled its first sedan, called the M7 set to debut in China later this year. Furthermore, the automaker has shared plans to introduce a second sedan-like EV specifically for the mobility market called the E5. With the announcement, the company has also revealed a new logo.

Weltmeister, aka WM Motor, aka Weimar Motors, is an automotive technology group based in Shanghai. Since its founding in 2015 by a former Geely and Volvo executive named Shen Hui, WM Motor has released three EV models, all SUVs. Although their first images in 2017 looked a little suspect.

The company also provides additional services for customers in China, including access to a range of charging solutions. In addition to home chargers, Weltmeister owners also have access to WM Motor’s network of over 200,000 public chargers nationwide.

In a recent announcement from the company on social media, WM Motor will soon add two new EVs to its lineup in 2021, alongside a variation of its current logo.

In a post on the Weimar Motors Weibo page, the company has announced two new sedans to arrive before the end of the year. The first will be its first electric sedan, the M7.

So far, the public has only been given a glimpse of the vehicle’s interior, which features a minimalist design complete with a screen that extends from the driver’s side, over to the center of the dashboard. Additionally, you can see pixel lights built into the passenger side above the glovebox displaying the text “Hello M7.”

We admittedly need to brush up on our Chinese, but a similar report from CnEVPost has stated that WM Motor CEO Shen Hui said the M7 will come equipped with multiple LiDARs and 500-1000 TOPS (Tera “trillion” Operations Per Second) of computing power.

In the same announcement, WM Motor also mentions an upcoming E5 vehicle, designed specifically for the mobility market as a cab or rideshare vehicle. The automaker shared a glimpse of that interior as well as a 2021 release.

As if the announcement of two new EVs before year’s end wasn’t enough, WM Motor has revealed a new variation of its logo. Again translated by CnEVPost, the logo for the mobility market will remain the circular frame design, while the logo for consumer EVs like the WM Motor M7, will have a rounded square design.

WM Motor has not shared any other specs or pricing for the M7 or E5 at this time. Both apparently remain on schedule to deliver this year.

As a US site, we don’t cover Chinese automakers that often. When we do, it’s almost always Tesla in China, or NIO, or even the occasional XPeng update. However, there are other automakers carving their own path in the Chinese market like Weltmeister, or WM Motor, or whatever it’s calling itself this week.

Regardless of whether we will actually see one of these EVs in person, it’s interesting to report new models and the technologies being introduced overseas.

If the M7 does in fact come equipped with the 500-1000 TOPS of computing power, that’s something to pay attention to. Even 500 TOPS is over five times greater than Tesla’s dual FSD chips.

The Chinese news cycle has no shortage of bold and unsubstantiated promises from automotive CEOs, so we’re quite skeptical. But that doesn’t mean we won’t keep an eye out for the WM Motor M7 to see what it’s really all about, if it does actually deliver before year’s end.