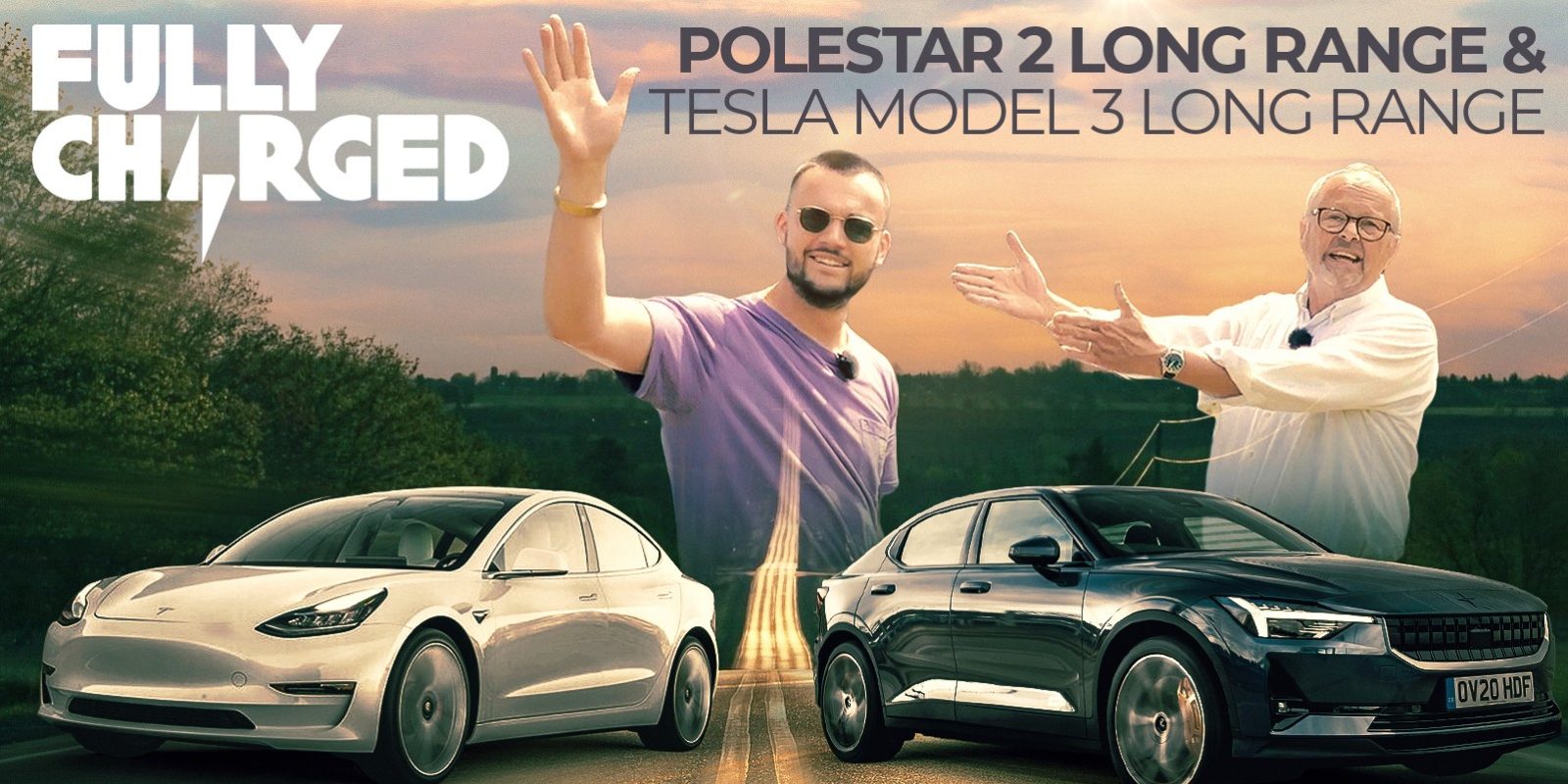 In his debut episode for Fully Charged, Jack Scarlett joins Robert Llewellyn in rural Wales to see which of two popular electric cars — the Tesla Model 3 Long Range or the Polestar 2 Long Range — is best suited for a road trip.

Robert and Jack don’t do a straight comparison of the Tesla Model 3 and the Polestar 2, as that’s been done a million times before. But in a world where the “staycation” is the new form of holiday, they’re keen to find out which of these impressive cars is better for an EV road trip.

There’s no doubt that both long range models of the Tesla 3 and the Polestar 2 are at the top of the desirable EV list, but could the Tesla supercharging network allow the Model 3 to take the lead?

Have a watch below and find out: