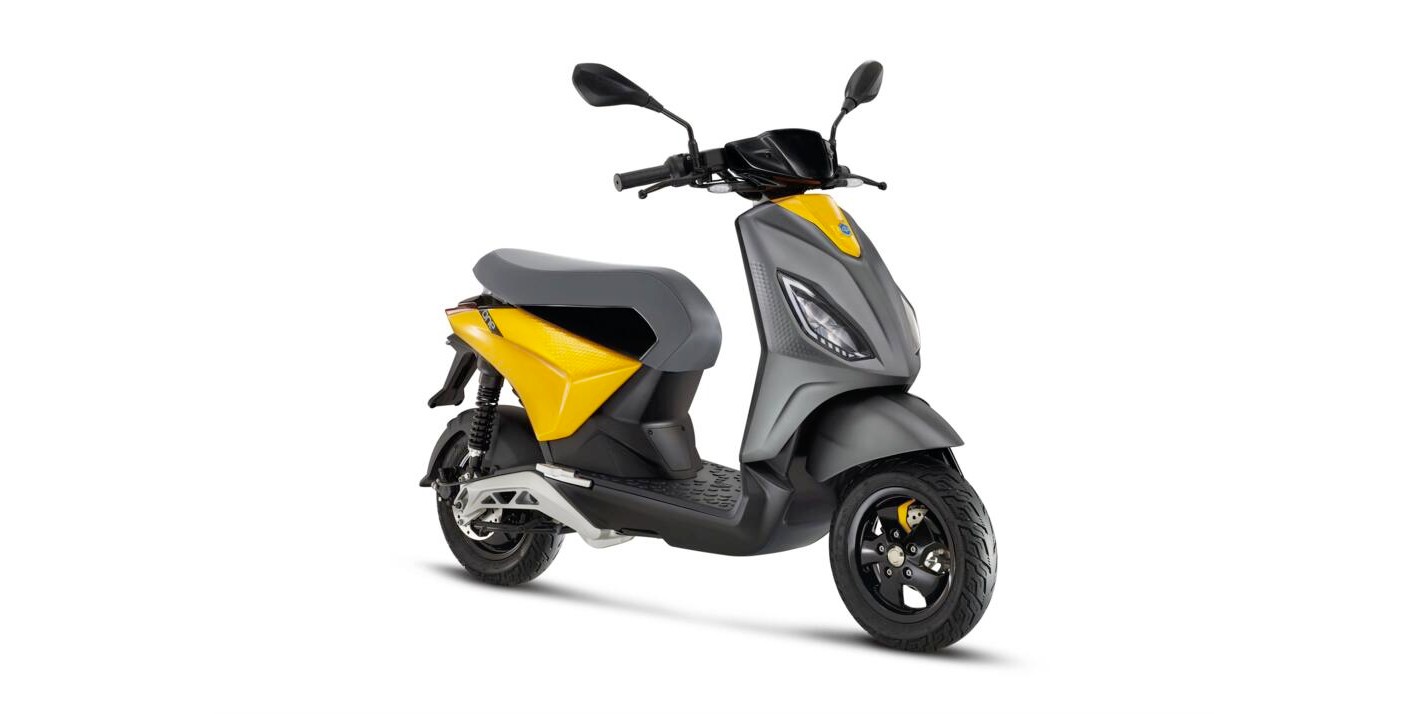 Piaggio’s next electric scooter, the Piaggio ONE, is designed with young riders in mind. And in case that wasn’t already clear by the fact that Piaggio first teased their upcoming scooters on TikTok late last month, then the new designs should hammer the message home.

Gone are the classic Vespa lines. In their place is a much more modern, city-centric scooter design.

Unveiled at the Beijing Motor Show, the new Piaggio ONE electric scooter is the company’s first follow-up to the Vespa Elettrica scooters.

The scooter line actually consists of three models, each of which is targeted at a younger, more urban audience. By designing scooters with lower power and that are intended purely for urban use, Piaggio was also able to lower the entry cost of the scooters to match the spending level of younger riders.

The three models in the Piaggio One family include the entry-level ONE, the ONE+, and the ONE Active.

The entry-level Piaggio ONE includes a 1.2 kW electric motor and a top speed of just 45 km/h (28 mph). That will qualify it under moped laws in most countries and prevent riders from needing a motorcycle license.

The next step up to the Piaggio ONE+ retains the same motor and top speed, but boosts the battery capacity to 2,300 Wh. That results in a maximum range of 100 km (62 miles).

Some motorcycle media outlets have incorrectly reported this model as having a maximum speed of 100 km/h (62 mph). However, the Piaggio ONE+ has the same speed rating as the base-level Piaggio ONE and is outfitted with the same motor. Such a small motor (just 1.6 hp) would of course not be possible of powering a 100 km/h (62 mph) scooter.

To get a real speed boost, riders will need to upgrade to the Piaggio ONE Active. That is the flagship model of the bunch and sports a more powerful 2 kW motor. That higher power motor enables a faster top speed of 60 km/h (36 mph). Because the scooter has a higher power motor but retains the same 2,300 Wh battery as the Piaggio ONE, it gets a slightly lower range of 85 km (53 mi).

All versions of the scooter claim a charging time of six hours, and the batteries are removable for remote charging.

Piaggio recently joined a removable battery design consortium intended to standardize electric motorcycle and scooter batteries across the industry, but the group has yet to reveal any new battery designs.

There is no indication that these batteries found in the Piaggio ONE models are part of any new standard.

The new Piaggio ONE scooters are first available in China where they carry an MSRP of 17,800 RMB (approximately USD $2,785).