Karma GS-6 PHEV review: Most striking vehicle with a plug? 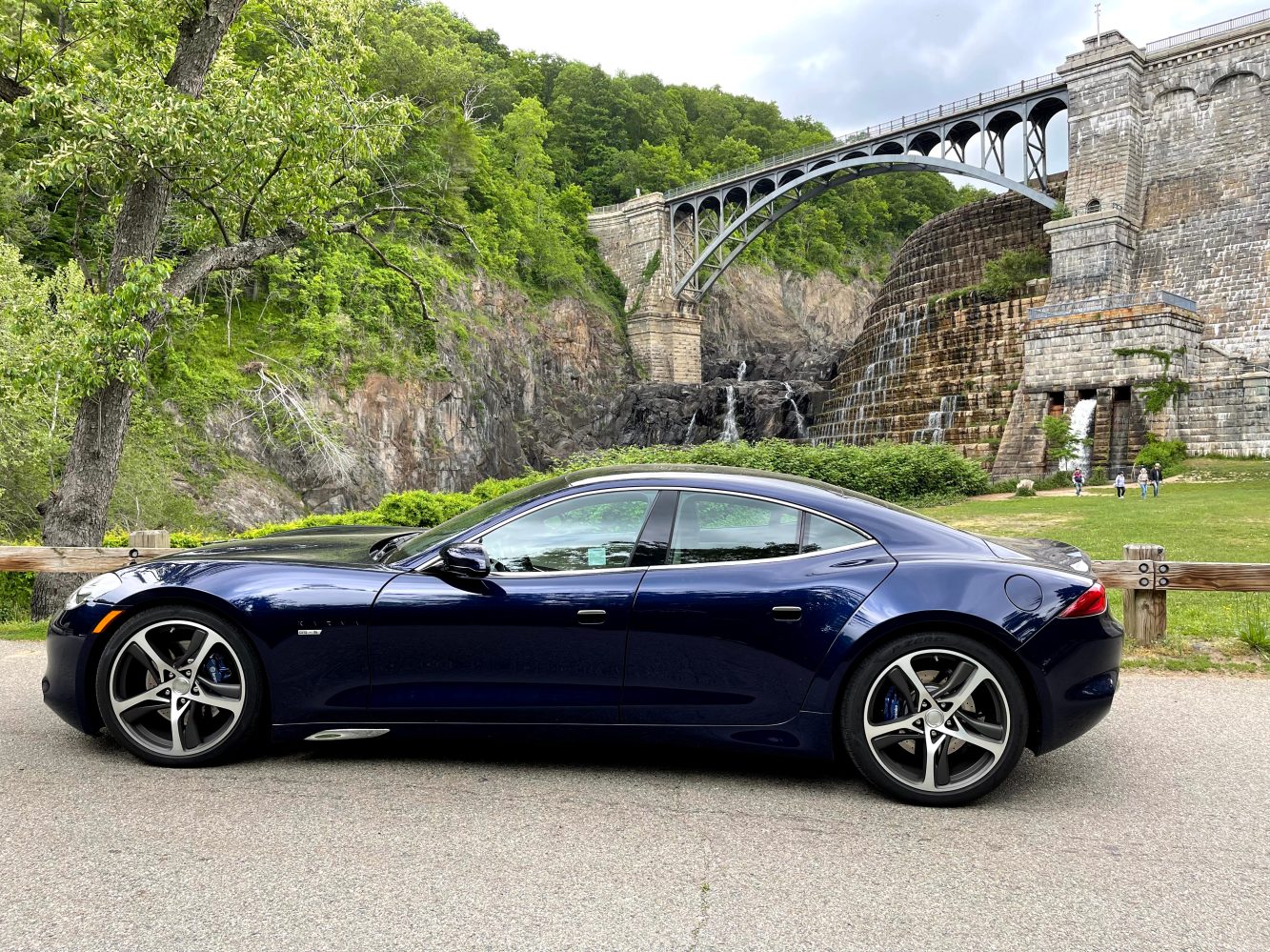 You might remember the Fisker Karma from its storied past. Fast forward over a decade since it launched, swap the model name for the make, and Karma’s latest iteration, the GS-6, is one of the best implementations of a plug-in hybrid we’ve seen. And dare I say one of the best-looking cars with a plug attached?

The Karma company has been through a lot of changes in its decade-plus of existence. The original company and car designs were from Henrik Fisker, the famed designer who spent time at Tesla and designed the Aston Martin DB9 and V8 Vantage, Artega GT, and BMW Z8 before that.

But Fisker’s Karma fell on hard times as it struggled with its initial 2,500-car production run. Adding insult to injury, 320 Karmas were destroyed during Hurricane Sandy in 2012.

When its battery supplier, A123, wasn’t able to deliver batteries after a few recalls, the company went under. Not even Justin Bieber’s mirror finish ride could revive sales.

Keep in mind this was the time Tesla was launching its original Model S. In an alternative universe where Fisker executed and Tesla didn’t, we might now all be following Henrik Fisker’s Twitter feed for Dogecoin memes.

Wanxiang Group out of China not only bought all of the Fisker bankruptcy assets but also bought up the remnants of the A123 battery group as well and formed Karma Automotive in 2015. Since then, they’ve been refining Fisker’s original design and improving things inside and out. Initially this car was called the Revero and that car has morphed into this year’s GS-6.

Out went the GM E-Flex 4 cylinder motor, in came BMW’s more efficient 3-cylinder that it used in its i8 hybrid. Interestingly, the Karma doesn’t have gears or even a drive train. The motor just turns a generator, which sends electricity to the batteries and electric motor. Because of the more efficient BMW motor, the car is quieter when using gas, and it requires less of an air intake, thereby allowing less of a grill and more of an EV nose cone in the front. If you floor the car in sport mode, however, you will hear the engine red-lining. And see that thing between the the driver’s door and the front wheel? That’s the exhaust (!?) so roll that window up!

The batteries are still located along the center console of the vehicle, except they now give the Karma 70-80 miles of range, more than double the 33 miles of range the original touted. That’s quite impressive since the battery pack size only jumped from 20kWh to 28kWh. The 70+ miles is legit range, and I took the car on a spirited 40-mile trip and almost made it back home without the motor coming on.

Inside the Karma GS-6

The interior, for better and worse, is largely unchanged from the original, which you can see highlighted in this recent Youtube here. The quirky button-shifting gear setup stayed, but glass accents were replaced. The big notable update is a solid CarPlay-enabled center stack and useful front display. There are some genuinely cool visualizations here, including a mesmerizing kW usage history and 360-degree visualization.

Still present, unfortunately, is the super-tight hindquarters that will be somewhat claustrophobic for even smaller adults. These are luxury kids’ seats folks. There isn’t a ton of room in the front either, but as a 6-footer, I was pretty comfortable. My 6’5″ neighbor had a tough time getting into the passenger seat, however.

The trunk space is sadly small and maybe 18 inches deep. You’ll have a hard time fitting anything substantial beyond small bits of luggage in there. You might be able to get a set of junior golf clubs or a few backpacks. Groceries wouldn’t work unless laid flat.

If you are looking for a frunk under that huge bonnet up front, sadly, you’ll only find a BMW motor.

I would be remiss if I didn’t mention the Yves Klein blue circle logo that I just love, which replaces the Fisker on the steering wheel and on the front and back of the car.

There’s a boatload of caveats, but I would say that this is certainly worth spending $83K on. Those caveats being:

What’s next for Karma?

As you can probably tell, I’m clamoring for an all-electric version of this car, and Karma has one on the way called the GSe-6 coming out later this year and delivered next year. It will have a 110kWh battery that will continue to split the car in half but will also take up a portion of the front area where the BMW motor currently sits (see below middle).

This has its drawbacks from the skateboard design that almost all other carmakers have adopted, and the electric version will continue to have reduced interior room because of the design choice. The upside is that the price of this variant will start at only $79,000, an unusual drop from a hybrid to BEV. Karma estimates a 300-mile range, and I imagine some more spectacular speed specs.

Karma also has a GX-1 series that will take it into crossover-land due out next year, which we don’t know much about. We do know that there will be a plug-in hybrid and all electric versions.

First and foremost, this car is just flat out gorgeous. I had a similar color Porsche Taycan Cross Turismo Turbo the week before, and while certainly a gorgeous car, it had nowhere near the head turns as Karma’s GS-6. People ask about the car just about everywhere. It is a piece of art! The interior is also nice but feels a little dated with its smaller display.

The Karma handles well, has very decent electronics, drives quietly even when the BMW 3 cylinder motor kicks in, and has decent interior room in the front.

The downsides seem to all come at the tradeoff for having two powertrains. You lose a lot of space for that huge hood. There’s a battery bar down the middle that splits the car in half lengthwise. The cabin is slightly cramped upfront and even more cramped in the back. There’s very little cargo room all because there are two drivetrains.

But people don’t buy a Karma for utility. They buy the experience and image, and it certainly delivers here.

You have to wonder about that alternate reality we discussed earlier. If Fisker’s Karma executes well a decade ago, battery supplier A123 delivers good batteries, and Sandy doesn’t rip 320 cars off their inventory list, where would the company have gone? They might have followed Tesla’s trajectory. We might be talking about a smaller, cheaper Karma or a Cybertruck Karma?

But perhaps those complication is the fault of the hybrid system as well. That same system, while drastically improved, is also the major hindrance to the GS-6’s success. Perhaps Fisker should have instead opted for BMW’s simpler, smaller trunk-mounted i3 REX engine and moved the battery pack from the middle of the car to the floor or the front.

In any case, in my short time with the car, I very much enjoyed the ride, the attention it garnered, and knowing that range was as good as a gas car’s. At the same time, most people in normal commutes/activity would almost never use gas in the GS-6.

The question for Karma is: Is there a big enough audience for this car?