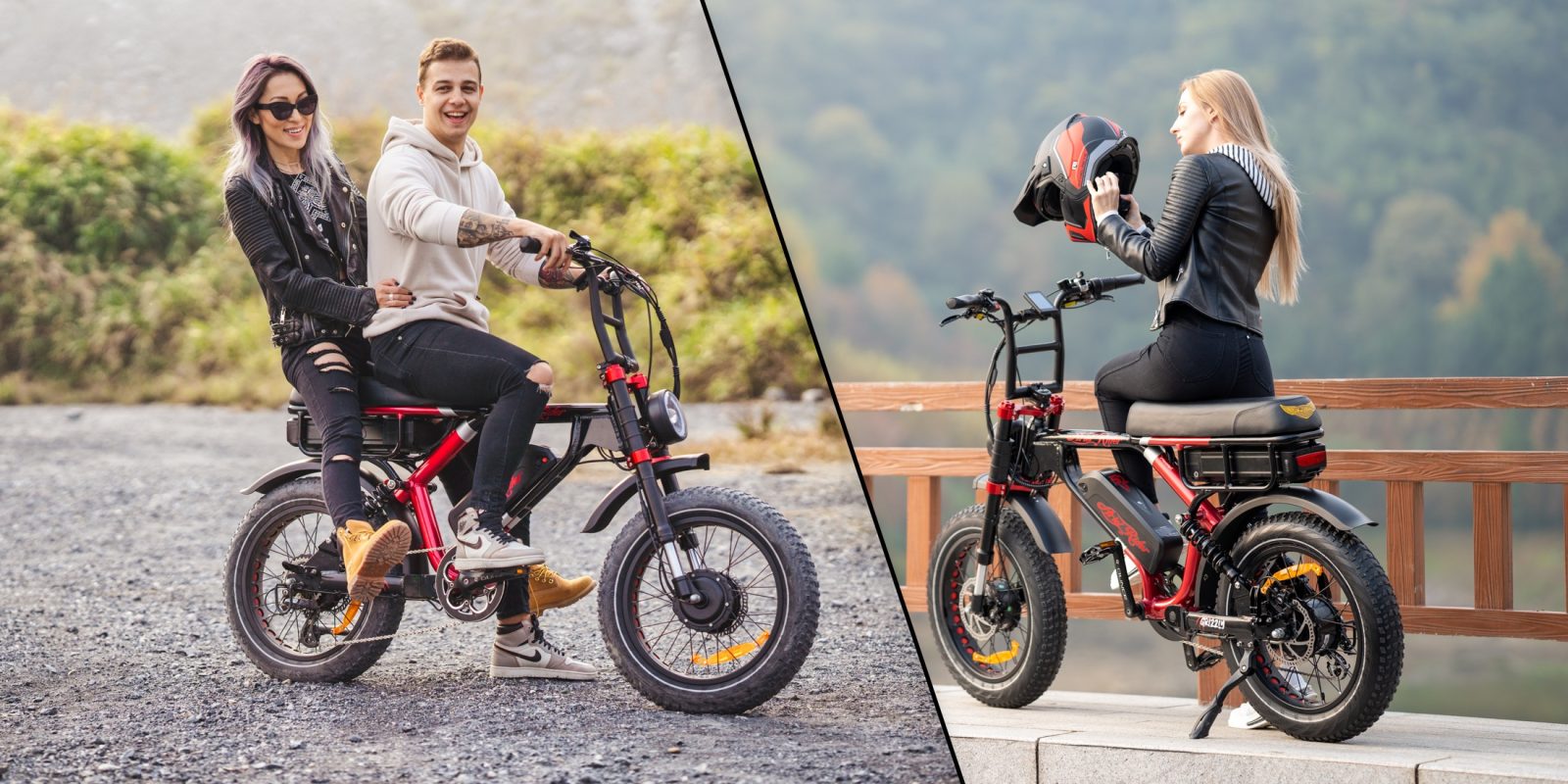 Seattle-based electric bicycle company Ariel Rider was already sitting on one of the most powerful moped-style e-bikes when it released the Ariel Rider Grizzly late last year.

Now the company is announcing several new updates to the model that not only make it more powerful, but also boost the quality even further.

More than just a pair of big motors and big batteries, the bike sported a dual suspension design that meant the high-power ride wasn’t going to jar users’ teeth out either.

But thanks to a series of new updates, this electric moped will soon be even more intense.

The 2,000W continuous power rating is only half of the potentially 4,000W peak rating, though the company told Electrek that they paired the true peak output back a bit to 3,700W “for safety.”

We’ve previously tested out Ariel Rider’s dual motor setup on the D-Class e-bike, where the high power and torque allowed us to do dual wheel burnouts.

The electronic speed controller on the updated Grizzly has also been beefed up with higher power mosfets to handle the increased power and improve the heat dissipation – a serious concern when operating at these power levels.

Those riders that want to exceed the Class 2 capabilities of the e-bike will have to take it upon themselves to unlock the full performance.

A second charger will now be included with each bike so that riders don’t have to use a single charger to charge each battery one at a time. The chargers are a smaller, more compact size now as well.

The Ariel Rider Grizzly already sported full-suspension, but the front fork is being updated to an adjustable model. The rear coilover suspension is getting upgraded with longer travel.

Fortunately, all of these changes and upgrades haven’t seemed to inflate the bike’s $3,299 price.

While the Ariel Rider Grizzly represents one of the most powerful electric bicycles currently available on the market, the company also made headlines earlier this year when it unveiled a distinctly lower power electric bike.

The $999 Ariel Rider Rideal draws on much of the company’s experience with past e-bikes to help reduce the pricing while still offering a capable 20 mph (32 km/h) commuter-style e-bike.