Juiced Bikes teases new fat tire electric bike, but this other photo may have leaked it 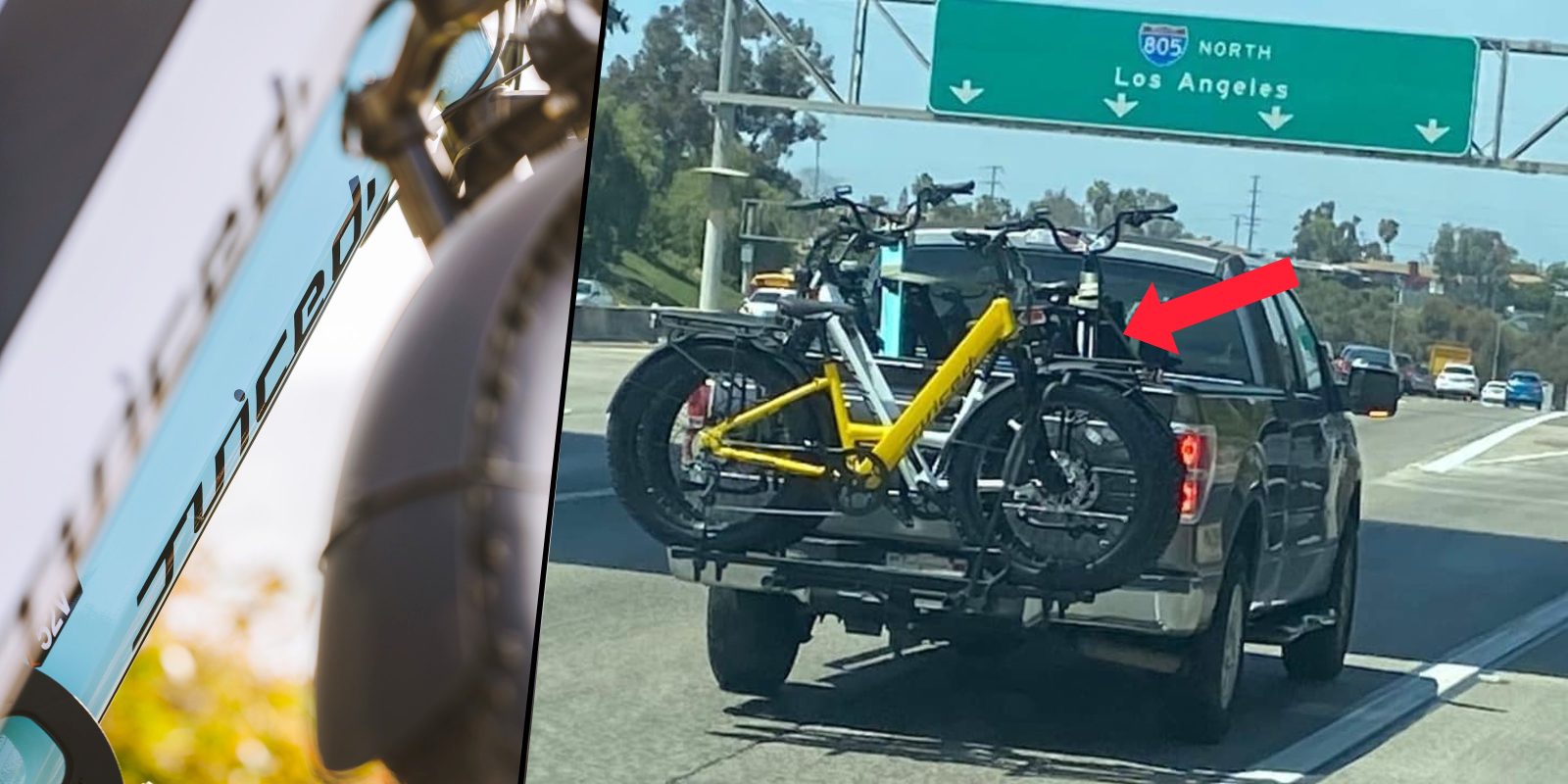 But another photo may have already spoiled the surprise.

Juiced Bikes getting a “new addition”

The white and blue electric bikes are shown sporting fat tires and suspension forks, as well as the standard 52V battery that Juiced Bikes has adopted across its line.

Other than the downtubes, we don’t see much of the bikes’ frames.

That makes it hard to tell if these are totally new models, or perhaps an update to an existing model.

In the teaser, the company refers to the model only as “a new addition to the Juiced lineup!”

Can you tell what kind of bike it could be from the teaser image below? The good news is that you may not have to wait long.

While the teaser leaves much of the bike to the imagination, a photo posted by a Facebook user to the company’s Facebook page may have just revealed the entire bike – or better yet several of them.

All four bikes have their batteries removed, which is standard procedure when transporting an electric bike. It both lightens the bike and removes any risk of damaging the battery if the bikes are dislodged.

There are no details or background associated with the photo, but it may have been taken during a marketing session to shoot the new models.

An update to the RipCurrent line would make sense for Juiced.

The RipCurrent is the company’s main fat tire e-bike, featuring a 750W continuous motor, hydraulic disc brakes, and a top speed of up to 28 mph (45 km/h).

It’s a big bike however, and that can make it difficult for some riders to mount.

Step-through frames are much easier to use for riders with mobility issues or anyone who finds it difficult to swing a leg over a tall bike.

The new model’s announcement would follow quickly on the heels of another Juiced Bike reveal, the Scorpion X.

There’s no word yet on exactly when this new step-through model will be released, but Juiced Bikes better hurry if it wants to beat other high-level e-bike announcements expected soon.

Popular budget e-bike company Lectric eBikes plans to unveil a new generation of the popular $899 Lectric XP e-bike next week, as revealed in a similar teaser announcement on Tuesday.