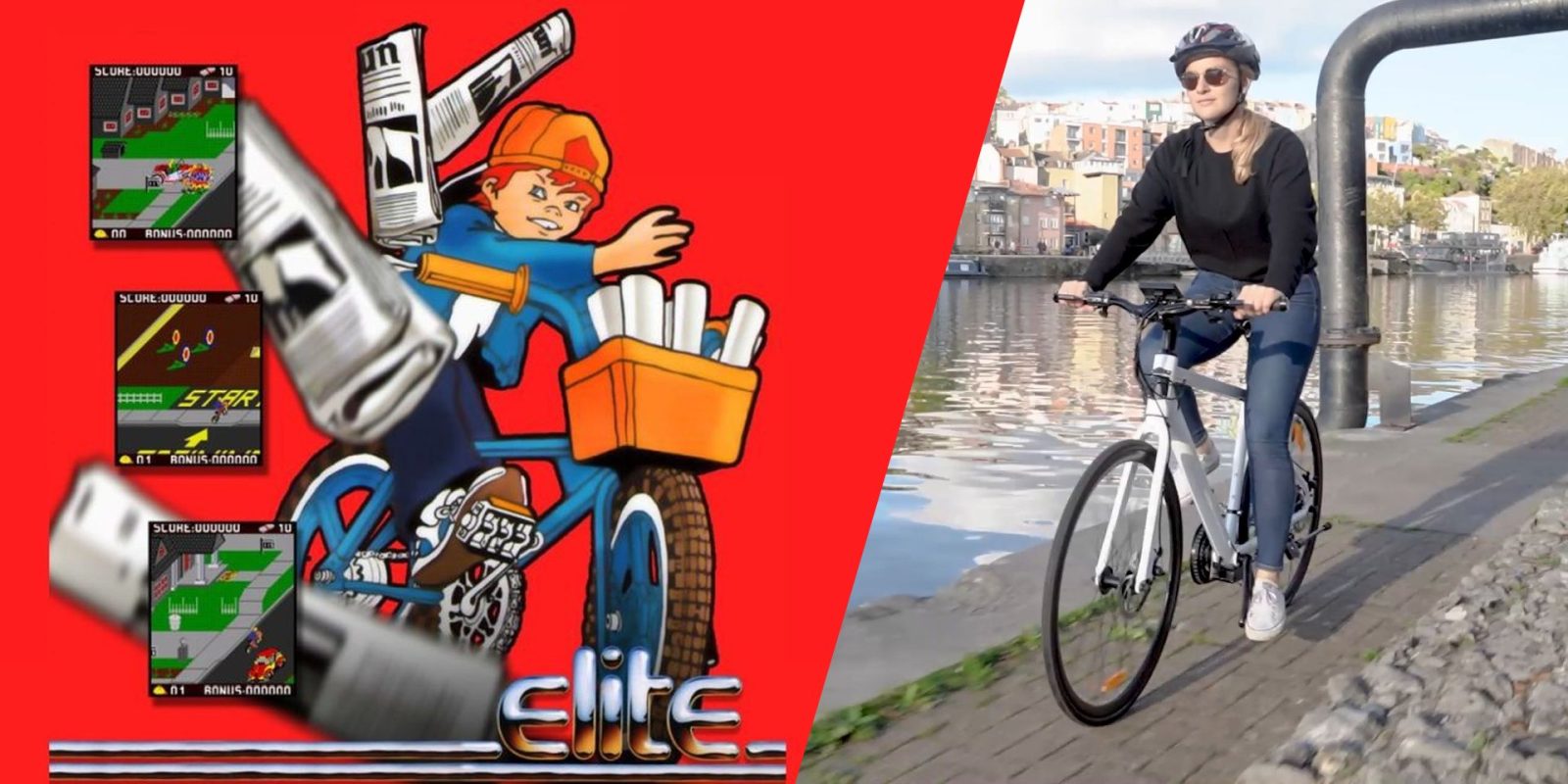 In other “this wasn’t news that I was expecting to write today” news, the video game firm behind a series of classic titles has inexplicably developed a new electric bicycle, and it actually looks pretty slick. The Paperboy electric bike is designed as a no-nonsense commuter that you can barely tell is an e-bike.

Developed by Elite Systems, the video game designers behind a number of games developed for the Commodore 64, Acorn Electron and Atari 8-bit, announced today the sale of the company’s Paperboy electric bicycle.

The bike is named after the company’s classic game Paperboy, originally released in 1984 as an Atari console game before Elite rereleased it for home systems in 1986.

Other than the fact that the e-bike announced today could be conceivably used by a paperboy (do those still exist?), that’s approximately where the logical connection to past and present Elite Systems ends.

Elite Systems’ Steve Wilcox, one of the Paperboy e-bike’s co-designers, explained the inspiration for the company’s new product:

A bike’s my preferred method of getting around. In a normal week I cover 60 to 80 miles. During the UK’s first lock down last spring I was seeing a lot of favourable press about a 3rd generation e-bike from an emerging European brand. Out of curiosity I booked a test ride. The e-Bike was stylish but felt heavy. Its derailleur gears had been replaced with a rear hub gear. Its chain had been replaced with a belt. It seemed the changes were solutions to non-existent problems. Long story short, the e-bike was expensive – a couple of grand – I was underwhelmed. So, I started looking for alternatives.

The design definitely embraces a “less is more” philosophy in everything from the spec sheet to the price tag.

For starters, it’s a stealthy design. The entire 375 Wh Samsung battery is hidden inside the frame, leaving the appearance of a non-electric bike. The only giveaways that the Paperboy gets any electric assist are the small hub motor hidden in the rear wheel and the LCD screen with hidden USB charger on the bars.

Since the company is British, they conform to UK electric bike laws and limit the motor to 250W locally, though they also offer a 500W model for American customers. Neither option has a throttle, so both would be considered Class 1 pedal-assist e-bikes in the US. There are five levels of pedal assist, plus a 0 level that turns the bike into a standard pedal bike.

There’s also a Shimano Tourney-based 21-speed transmission on the bike, which is actually quite rare in the e-bike world. Few electric bikes come equipped with multiple chainrings, and most e-bikes in this price class sport simple 6-speed or 7-speed drivetrains.

Speaking of the price, the Paperboy is being launched at a reasonable $999, though that price doesn’t include shipping.

Very few e-bikes retail for under $1,000, and that means that some compromises were made on the Paperboy. The bike seems to lack fenders and a tail light, though a front headlight is included. The brakes are mechanical Tektro stoppers instead of hydraulic, like we often see on higher-end e-bikes, and the battery is a bit smaller than we typically see as well.

While many e-bikes feature batteries twice this size, the Paperboy’s 18 kg (39 lb) curb weight keeps it much lighter than most e-bikes with higher capacity batteries. And the few e-bikes that do match its weight class are known for having smaller batteries.

And Paperboy even claims a maximum range of 80 km (50 miles) if you pedal hard enough, so the battery doesn’t seem to hold them back.

To put the bike to the test in the real world, Steve Wilcox and co-designer Dave Neale took the Paperboy on a 2,000-km (1,200-mile) journey this winter and plan to release a short film about the experience soon.

In the meantime, those interested in the Paperboy can check out the Indiegogo campaign for the bike and reserve one of the first units. Currently the company is only shipping bikes to the US and UK (thanks, Brexit) with shipping slated for later this summer.

We always advise caution when considering crowdfunding campaigns since customers are actually “backers” that support a project in return for a product. In fact, we generally only cover crowdfunding projects from companies that have a history of delivering products or that we’ve tested personally to verify the product works.

Despite Elite’s 1980’s Paperboy roots, the company continues to develop and deliver games to this day. While that doesn’t guarantee that they can get e-bikes out the door, it at least puts them a couple steps ahead of unknown entities and overnight startups.