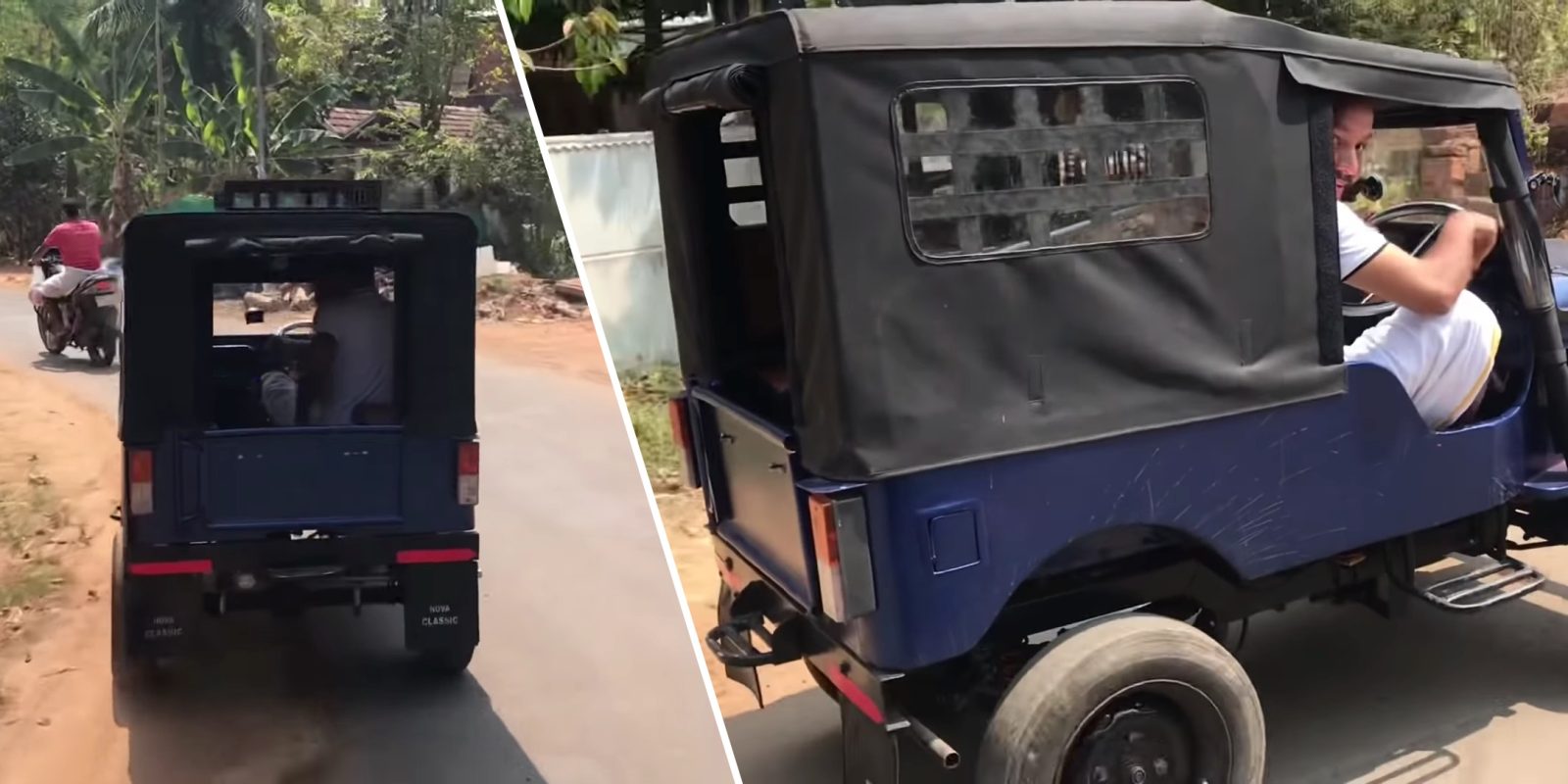 I know, I know. It’s only Sunday and technically the week has just begun. But I can already pretty much guarantee you that this homemade electric Jeep is the coolest electric car you’ll see all week.

It was built by a man named Mr. Shakir from Kerala, a state in southern India.

And his custom electric mini-Jeep is glorious in all the best ways.

He built it for his kids and he says it fits six children in it, though he and the vlogger interviewing him in the video below demonstrated that it can still fit two adults, even if they have to squeeze a bit.

In addition to the two seats up front for a driver and passenger, there are bench seats along each side of the rear portion of the Jeep.

At one point Shakir and the vlogger even take the Jeep out for a ride with four kids sitting in the rear.

Shakir built the entire electric Jeep by hand at home, including welding up the frame.

To shape the custom body panels, which required extensive hammering that bothered his neighbors, he had to leave his home shop and rent space in a local workshop.

Wow, I wish my neighbors were as considerate as Shakir.

The Jeep isn’t a new creation; Shakir built it around five years ago and it is only now getting the attention it deserves. The project took him between 6 months to a year to complete, though he was only able to make progress on it during breaks from his work.

What really sells it though is the attention to detail.

During the interview a Mahindra Jeep happens to drive by and it is comical to see how closely the mini Jeep resembles it.

Powered by a 1,000W motor, the vehicle certainly isn’t overpowered. But Shakir designed it for his children and thus the power level is sufficient, especially since it seems capable of pulling along 6 passengers just fine.

The driving scenes show the Jeep moving along quite sprightly despite the small 1,000W motor. It even has enough battery for 60-70 km (37-43 mi) of range, which sounds like plenty of run time for his kids to have some serious fun in it.

I’ve covered interesting little mini electric Jeeps before, including one that was as cheap as $1,700.

Shakir’s cost him around $2,000 to build, though his version is undoubtedly much nicer.

Even though this version was built for kids, I wish I could hire Shakir to make a slightly larger version for me. The creativity and craftsmanship on this one-of-a-kind EV is too impressive for there to only be one!