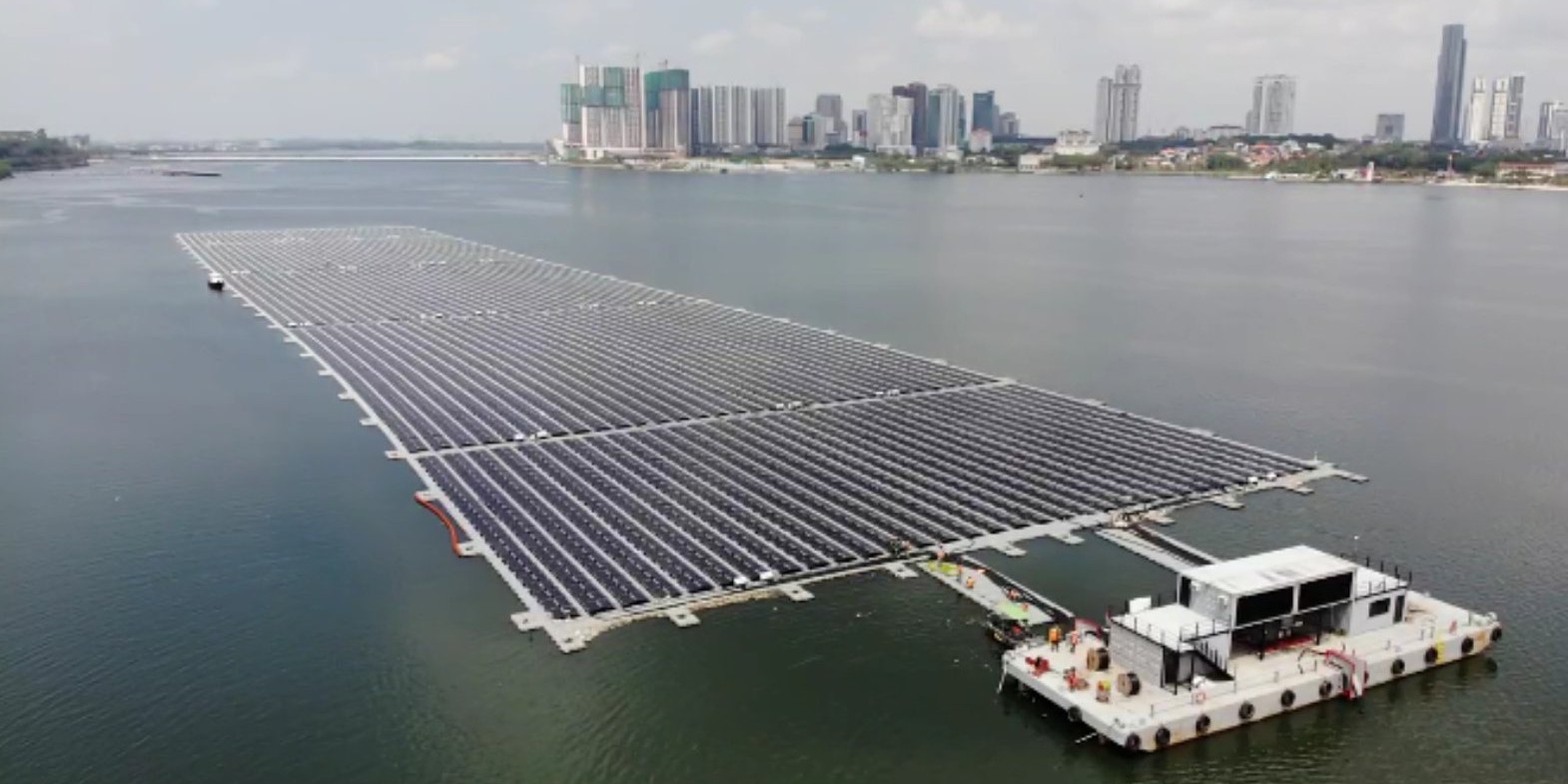 Singapore-based solar energy provider Sunseap says it has completed construction of a 5MW peak offshore floating solar farm in the Straits of Johor, between Singapore and Malaysia. It’s one of the world’s largest floating solar farms on sea water.

If a country is land-scarce and wants to build solar farms, it will often turn to floating solar farms. And Singapore has that challenge, as it’s heavily urbanized. But floating solar farms are typically built inland, in bodies of water such as reservoirs and lakes. Building in the sea has special challenges, such as avoiding shipping routes and barnacles, but interest in floating solar in oceans is growing.

This floating solar farm is off the coast of Woodlands in northern Singapore (pictured above). Renewable Energy Magazine details Woodland’s statistics:

Sunseap said the floating solar farm at Woodlands took close to a year to set up amid movement restrictions during the COVID-19 lockdown. It involved a total of 13,312 panels, 40 inverters and more than 30,000 floats. The installation is expected to produce an estimated 6,022,500 kilo-watt hours (kWh) of energy per year, potentially offsetting an estimated 4,258 tons of carbon dioxide.

The solar farm is equipped with electrical panels, control systems and a 22kV transformer. It is also a landing point for the subsea cable that transmits the  generated power to the national grid. The floating PV system is designed with a robust constant tension mooring system that is able to withstand changing weather conditions, keeping the platform and all of the operational equipment on board steady.  There  is also an air-conditioned  second deck that doubles-up as a visitor center and viewing gallery.

Singapore’s Public Utilities Board (PUB) National Water Agency is also constructing a 60MW floating solar farm on Tengeh Reservoir, also in northern Singapore. It will be larger than Woodlands, and when it’s complete, it will “bring Singapore’s National Water Agency up to 100% renewable power and will generate enough clean energy to power PUB’s local water treatment plants,” reports Renew Economy.