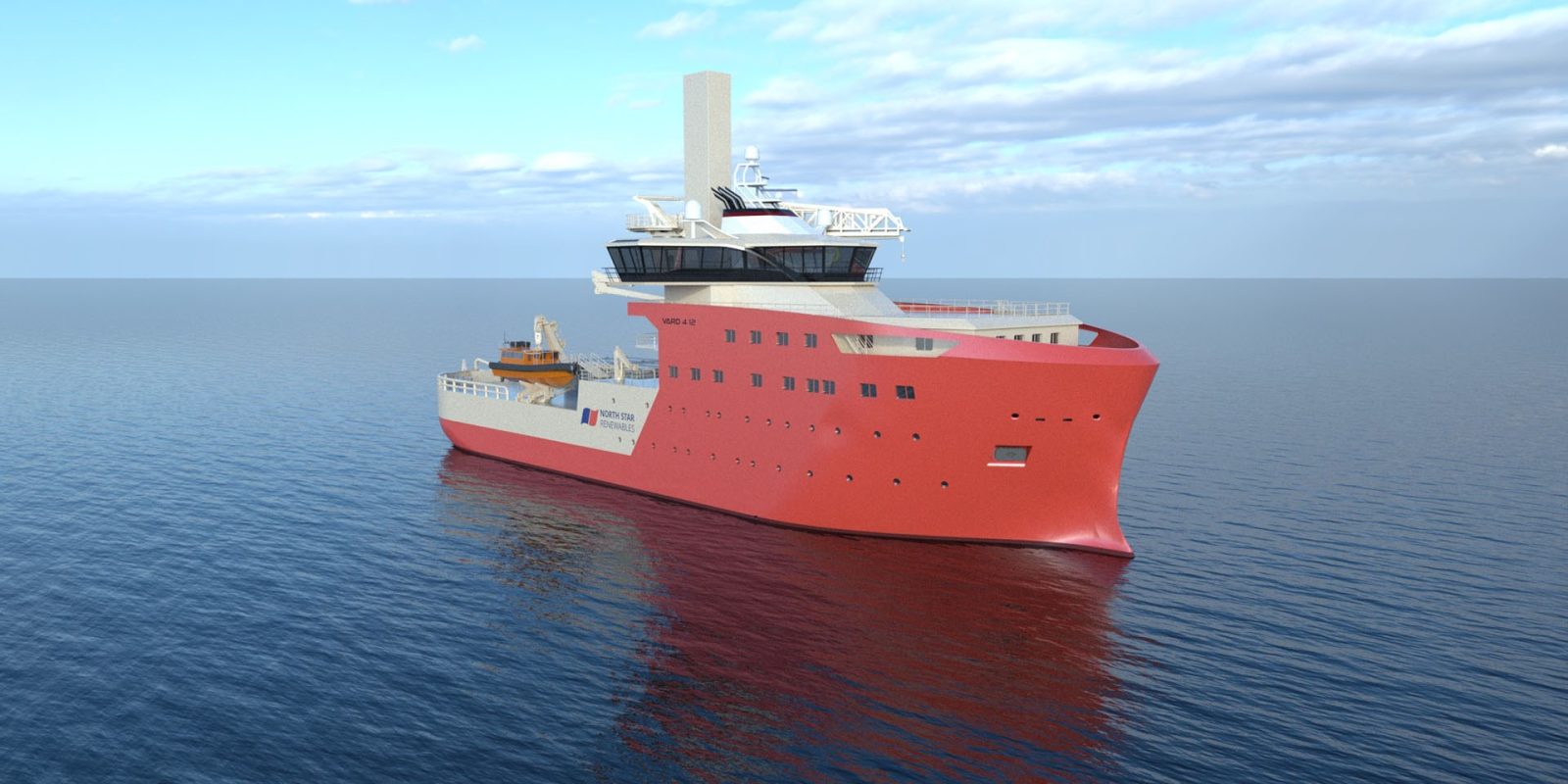 Workers will need a way to safely reach and then live and work at the world’s largest offshore wind farm project, the UK’s Dogger Bank, which will be more than 130 km off the Yorkshire coast. So Dogger Bank has awarded contracts totaling $375 million (£270 million) to Aberdeen’s North Star Renewables to build and operate three hybrid battery service operation vessels (SOVs).

Wind farm engineers and technicians working on the turbines will live onboard the vessels on two-week rotations at the wind farm, so the SOVs are designed for logistical efficiency and hotel-grade comfort. “The design’s walk-to-work gangways will be rated for 10-foot seas to allow maintenance to proceed with a wide weather window,” reports Maritime Executive. The computer-generated imagery (CGI) shows a fantastic-looking vessel:

North Star will deliver the SOVs from 2023 and will charter them to Dogger Bank operator Equinor for an initial period of 10 years, with an option for three one-year extensions. According to Offshore Magazine:

The company will establish a new permanent presence at the Port [of Tyne] and will create 130 new full-time UK-based jobs in crewing and shore-based roles for the lifetime of the contract.

Job recruitment will start 12 months ahead of vessel delivery for positions in Scotland and northeast England.

Each 1.2 GW phase of Dogger Bank — 3.6 GW in total — is expected to generate around 6 TWh of electricity annually, and the entire project will be capable of powering up to 6 million UK homes each year once it’s complete in 2026.

BP said yesterday that it intends to build the UK’s largest hydrogen plant by 2030. The plant would be in Teesside, and it would have capacity of up to 1 gigawatt of blue hydrogen, which is when natural gas is split into hydrogen and carbon dioxide, and the carbon dioxide emissions are captured and stored. Reuters reports:

BP has begun a feasibility study on the project to explore technologies that could capture up to 98% of carbon emissions from the hydrogen production process. The Teesside project, dubbed H2Teesside, is expected to capture up to 2 million tonnes of carbon dioxide (CO2) a year and pipe it into storage below the North Sea, BP said.

H2Teesside will be linked with Net Zero Teesside (NZT), a planned industrial zone that will also be linked to a carbon capture and storage project. The hydrogen could also be used for heating residential homes in the region or for transportation, BP added.

BP says will make a final investment decision on H2Teeside in early 2024. Production could begin in 2027 or earlier.

This week, the UK announced an industrial decarbonization strategy with a target to cut industry emissions by two-thirds in 15 years. The British government’s strategy paper details which industries are included:

This strategy covers the full range of UK industry sectors: metals and minerals, chemicals, food and drink, paper and pulp, ceramics, glass, oil refineries, and less energy-intensive manufacturing. It also covers the new emerging industries, which will be the hallmarks of the net zero transition, including low carbon hydrogen and carbon capture, usage, and storage.