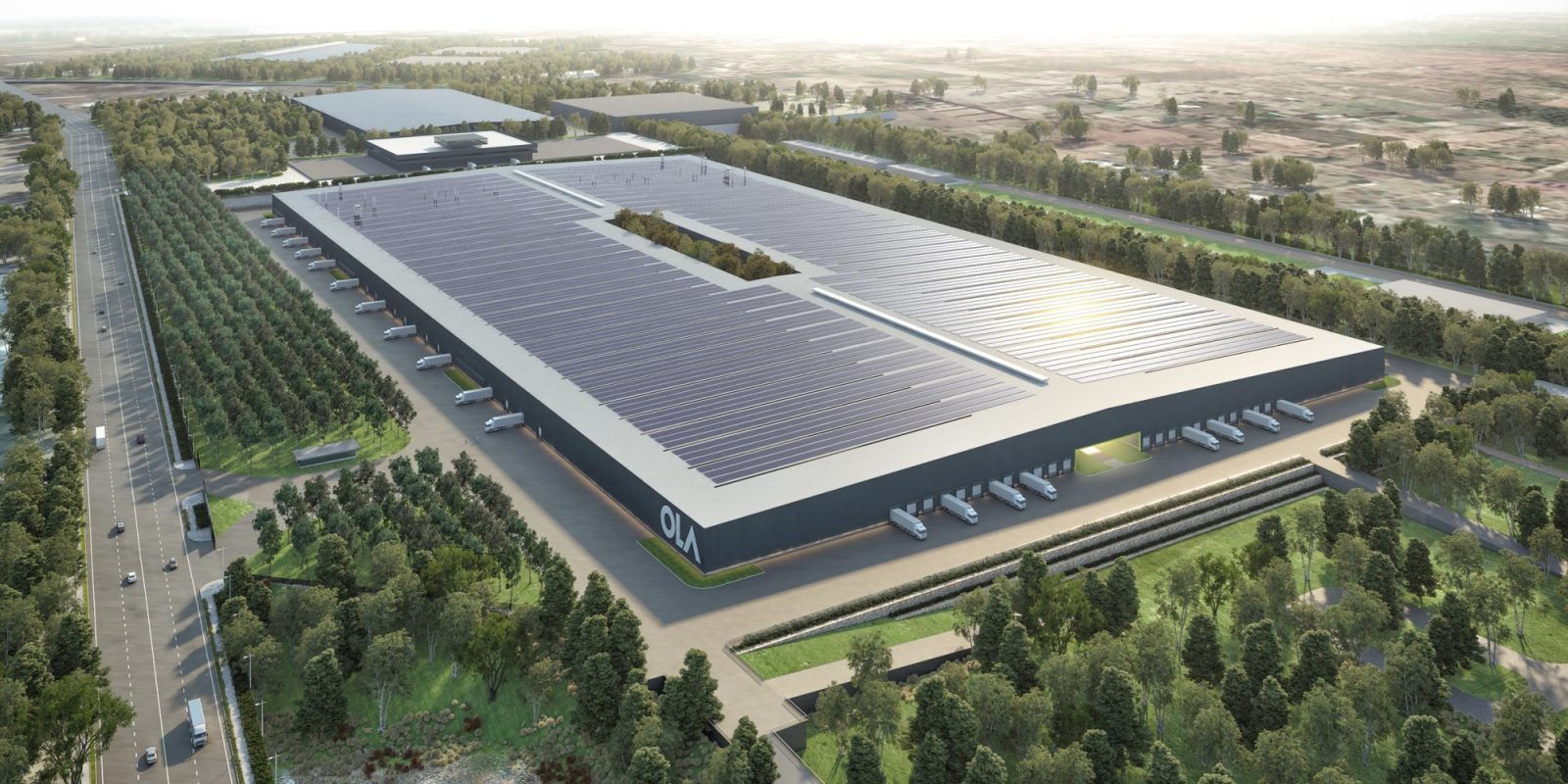 Ola Electric recently began construction on an electric scooter megafactory designed to produce 2 million of its 100 km/h (62 mph) electric two-wheelers per year. The factory doesn’t only produce green vehicles though, it is actually quite green itself.

Currently under construction in the southern Indian state of Tamil Nadu, the Ola FutureFactory is built on a 500-acre (two-square-kilometer) site.

The factory is expected to provide 10,000 jobs when it is completed, with phase 1 production of electric scooters slated to begin by June.

Phase 1 will see an initial annual production capacity of 2 million electric scooters per year, but phase 2 will see that capacity boosted to 10 million by 2022. Once reaching full capacity with 10 production lines, Ola Electric expects one scooter to roll out of the factory every two seconds.

The factory will house its own test track inside of the complex, which will allow for final vehicle testing even during inclement weather. Without emissions, electric scooters can be safely operated indoors – unlike gas-powered scooters.

The factory will be largely automated, with 3,000 AI-enabled robots working alongside thousands of employees.

Ola Electric also focused on sustainable construction. The roof of the megafactory will feature a vast solar array that will provide a surplus of energy, allowing the factory to run carbon negative.

A two-acre forest is included within the factory itself, and another 100 acres of forest surround the factory. All trees that were uprooted during the construction were protected and transplanted nearby.

Ola is calling its megafactory the “most sustainable factory in the world.”

You can see a more detailed overview of the factory plans in the video below.

Ola’s first electric scooter model was recently spied testing, confirming that it will borrow largely from the Appscooter developed by Dutch company Etergo.

Actual design images of the scooter then followed, giving us an even better look at the new electric two-wheeler.

Etergo was acquired by Ola after running into financial trouble that prevented the company from reaching production.

With Ola’s much larger resources and its new megafactory on the way to completion, the new Ola electric scooter will finally see Etergo’s original plans reach production.

The company has already confirmed that export plans are underway.

While we are still in the dark regarding most of the scooter’s tech specs, the company has confirmed that it will sport a top speed of 100 km/h (62 mph).

It will also achieve a maximum range of 100 km (62 miles) on a single charge.