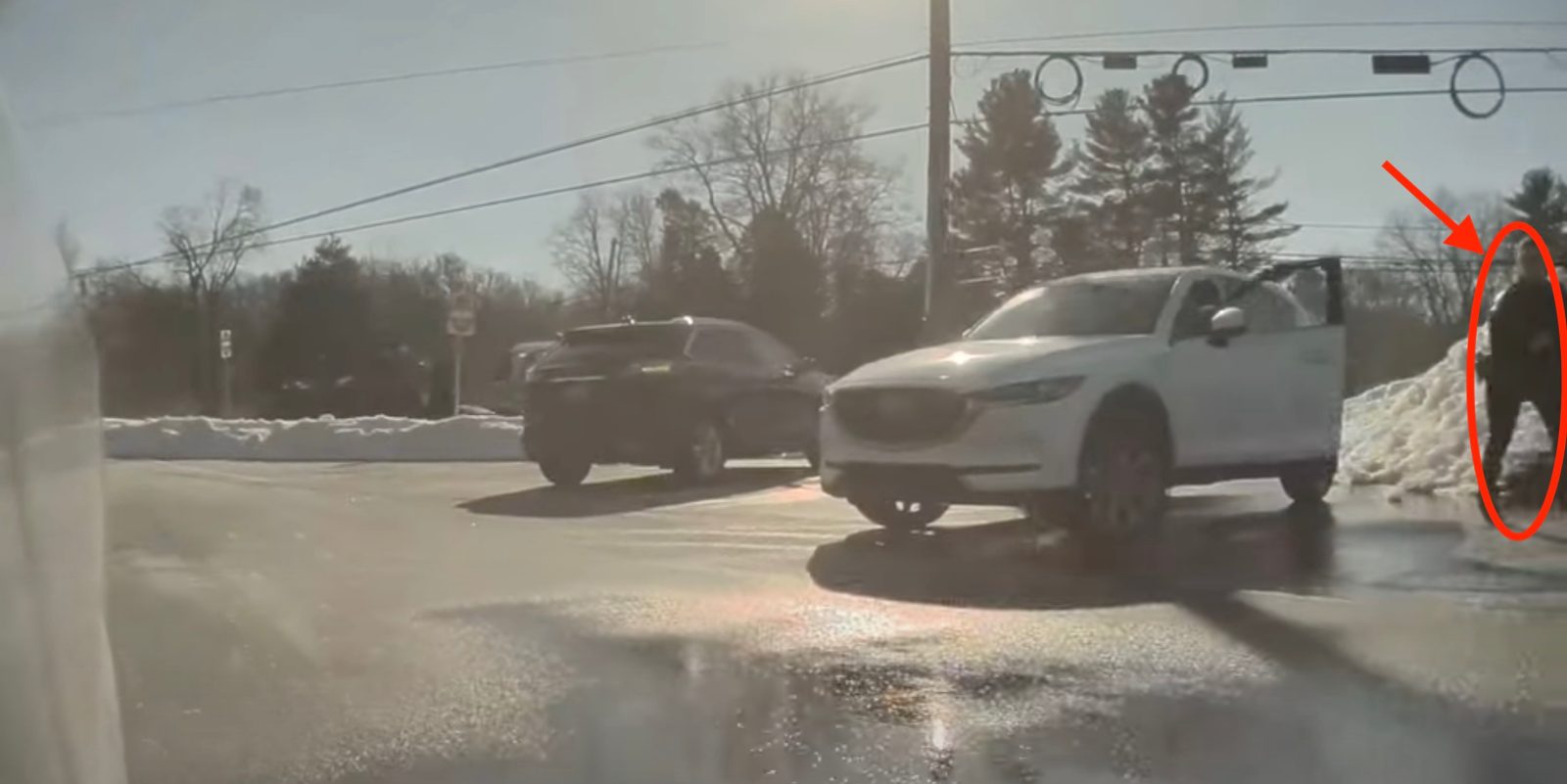 If you want to start your Monday with a laugh and proof that there are still some good people in the world, I got the post for you.

Tesla Sentry captures a video of a woman running after a Model 3 that was in the middle of being summoned thinking it was a runaway car.

“Summon” is a feature that Tesla originally released to allow owners to move their cars autonomously for a few feet in their driveway or in tight parking situations without anyone inside.

With the new version, owners are able to Summon their Tesla vehicles from further away, and the cars will navigate more complex parking environments.

It is primarily used by owners to have their vehicles pick them up when coming out of a mall or restaurant after parking the vehicles further away in a parking lot.

Tesla eventually wants to release “reverse summon” to allow people to just exit at an entrance and have the car go find a parking spot on its own.

A few weeks after the release, it had already been used over 550,000 times, and several Tesla owners posted videos that went viral of their vehicles being involved in crashes and near misses while testing the new Smart Summon feature.

But there are apparently people who still don’t know about the feature.

A Tesla owner in Pennsylvania shared a funny video of a woman running after his Model 3 to stop it thinking that the vehicle was rolling away:

Not seen in the video, the woman attempted to stop it by putting her weight on the front left pillar.

The owner explained the situation in the description of the video:

I was just leaving a restaurant in West Chester, PA and was summoning my Tesla Model 3. A Woman saw my Tesla moving without someone in the vehicle, she had thought that my vehicle was rolling away. She ran to catch the car and started pressing on the front left pillar to stop it. As soon as I saw what was occurring, I stopped the Tesla. Obviously, the lady was very embarrassed. But I thought it was so nice of her to go well out of her way to prevent what she thought was a disaster, but also very funny.

While she was embarrassed, she has no reason to be. She was just trying to be helpful and didn’t know about Tesla’s Summon feature.

The funny situation was captured by another innovative feature by Tesla: Sentry Mode.

Sentry Mode is Tesla’s integrated surveillance system inside its vehicles using the Autopilot cameras around the car to record potential vandalism or other incidents.

Tesla owners have to plug a storage device in one of the USB ports in the center console, and footage recorded by Sentry Mode and TeslaCam, the automaker’s dashcam feature, will be stored on it.

The feature was first launched after thieves, especially in the Bay Area, started targeting Tesla vehicles — resulting in a stream of cars left with broken windows and valuables missing.

Since the launch of the feature, it has helped catch vandals and thieves, as well as some pretty crazy videos of things happening around Tesla vehicles.

In order for Sentry Mode to work on a Tesla, you need a few accessories unless you have the latest version of Tesla vehicles. We recommend Jeda’s Model 3/Y USB hub to be able to still use the other plugs and hide your Sentry Mode drive. For the drive, I’m now using a Samsung portable SSD, which you need to format, but it gives you a ton of capacity, and it can be easily hidden in the Jeda hub.