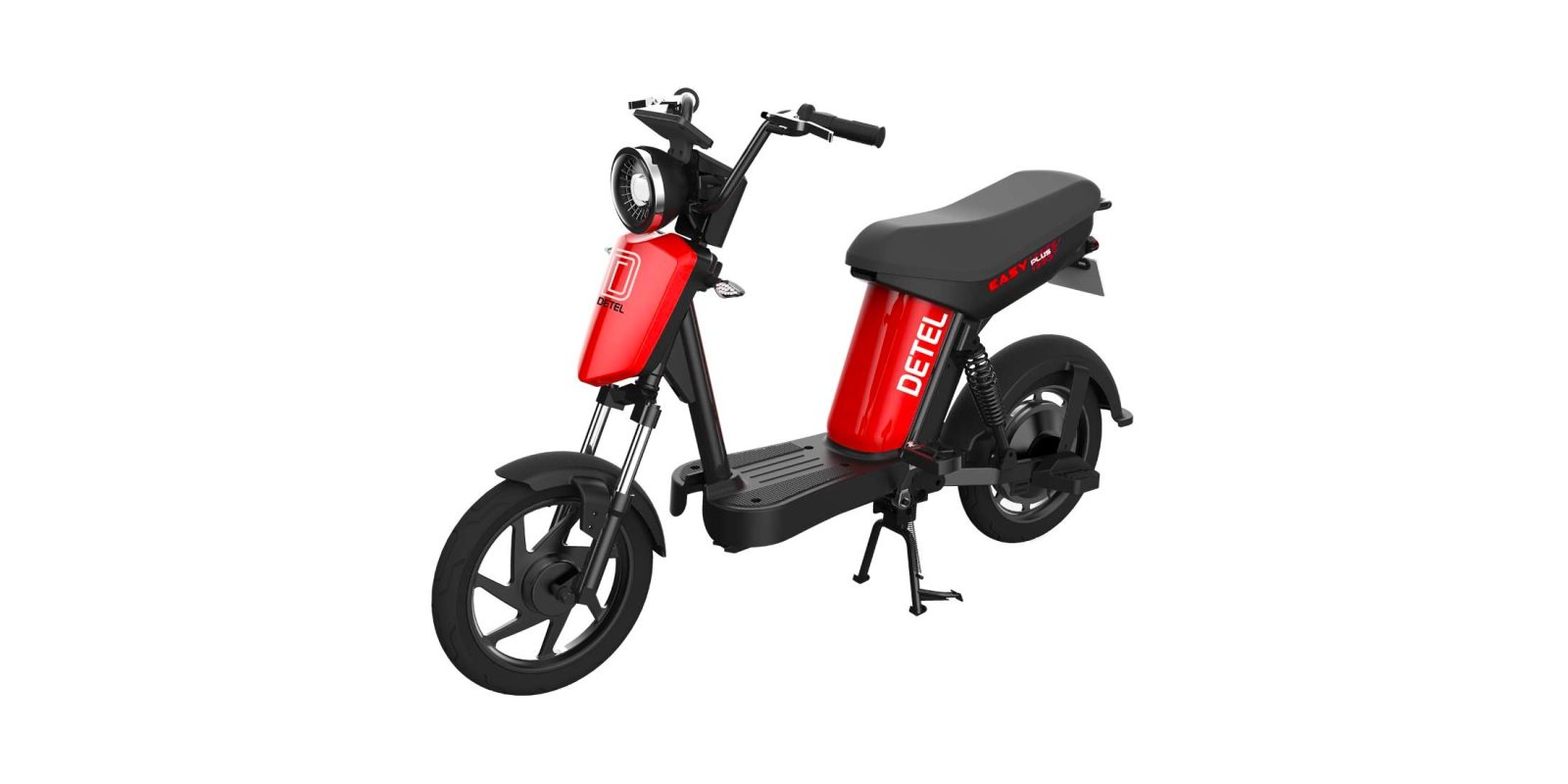 If Detel doesn’t ring a bell as an electric moped company, that’s because it’s not. The Indian company is more well known for its low-cost consumer electronics such as phones, LED displays, and headphones.

But now Detel is moving into the electric moped space, and the company’s Detel Easy moped is an interesting first entry into the market.

India is already a leader in electric mobility thanks to a number of startups racing forward with electric scooter development.

The Detel Easy falls on the simpler end of the spectrum, lacking some of the fancy features seen in other Indian smart scooters.

Instead, the small electric moped sets its sights squarely on affordability, which has been a hallmark of Detel’s other consumer electric products.

The full-suspension moped sports a conventional front fork and dual coilover shocks. Both of the 16-inch wheels are cast instead of spoked and the rear wheel houses an electric hub motor. Tubeless tires are used, which should help reduce flats and make repairs easier.

The hub motor in the rear wheel frees up space in the frame for the battery, which is centrally mounted under the moped’s seat.

The battery is listed as 20Ah, but the voltage isn’t provided. These types of electric mopeds often feature 48V batteries, which would put the battery capacity at around 1 kWh.

Asking Detel, they’ll tell you the battery is sufficient for 60 km (37 miles) of range. That would put the consumption at 16 Wh/km (25 Wh/miles), a fairly efficient figure in the world of electric mopeds.

That high efficiency is likely thanks to the limited top speed. The 350W motor only gets the moped up to 25 km/h (15.5 mph). While the limited top speed keeps the Detel Easy squarely situated as an urban scooter, the low speed also helps reduce the mini-EV’s regulatory burden.

As a true-to-form moped, the Detel Easy includes functional pedals that can serve as a backup if the battery ever runs dry.

The rear swing-arm features foot platforms on either side to support a second rider. The Detel Easy’s weight limit is rated at 150 kg (330 lb), meaning two reasonably sized adults should fit. With only a 350W motor though, the first rider might need to add some pedal power to climb any serious hills.

The Detel Easy should reach the public in April according to the Financial Express and will be priced at Rs 60,000, or around US$826.

While we don’t expect Detel to start sending its electric mopeds to Europe or the US anytime soon, the same can’t be said for all of India’s electric scooter manufacturers. Ola Electric is currently preparing to build an electric scooter megafactory designed to produce 2 million vehicles per year. The company is already planning for exports and has its eyes on the European market.

Depending on how well Detel’s electric moped sales perform, perhaps the company could one day join Ola in exploring exports. I’d sure like to give this little e-moped a whirl!