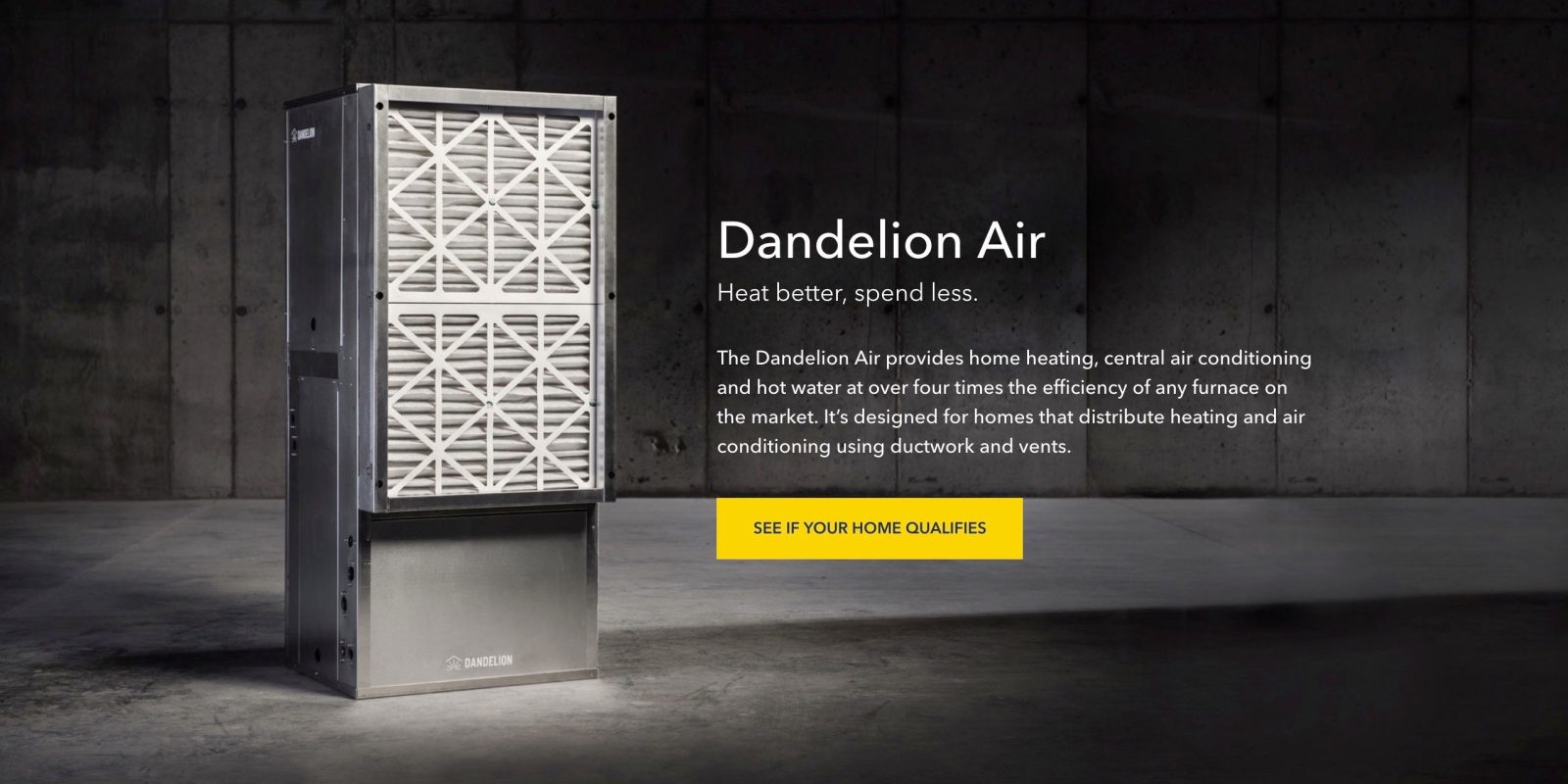 US geothermal company Dandelion Energy yesterday announced the close of a $30 million Series B round of funding, bringing the company’s total funding to $65 million. The raise was led by Bill Gates’s Breakthrough Energy Ventures with participation from existing investors.

This new investment enables the company to expand operations while continuing to invest in research and development.

The Dandelion team began working on creating more cost-effective geothermal solutions while working at Google parent company Alphabet’s X lab, and in May 2017, Dandelion launched as an independent company.

More than 70% of energy usage in homes comes from heating, cooling, and water heating. Installing a geothermal heating and cooling system can reduce a home’s carbon emissions by as much as 80%, and eliminate the need to buy heating fuel.

Dandelion’s business model aligns federal, state, and utility incentives so that homeowners can upgrade to geothermal for less than they’re currently paying to heat and cool their home. In 2020, Dandelion saw a $12 million Series A-1 in January 2020, developed a fully virtual sales and design process, and surpassed 100,000 tons of carbon emissions avoided.

We cannot reach our climate goals and achieve what science demands without cleaning up residential heating and cooling — and geothermal is the best, most efficient solution.

Our innovations in technology, installation, and the business model have cut costs and improved the product. Now, we’re positioned to make residential geothermal take off over the next decade — and reach a market that the Department of Energy says is more than 26 million homes. We’re excited to partner with [Breakthrough Energy] and all our investors to bring sustainable heating and cooling to the mass market.

Oh, and if you live in New York or Connecticut and want a green energy job, Dandelion is hiring.

Japan has installed a Scottish-built tidal turbine that has generated its first 10MWh of green electricity after 10 days in use.

Simec Atlantis Energy (SAE) designed and manufactured the tidal turbine, and then assembled and tested it in nine weeks, at its base at Nigg Energy Park north of Inverness, Scotland. SAE also provided offshore construction services to install the turbine. It took SAE five days to lay the cable, sink the turbine’s foundation mount and ballast to the sea floor, and affix the turbine.

Kyuden Mirai Energy (KME) leased the AR500 tidal turbine for a pilot project in the straits of Naru Island in the southern Japanese Goto island chain.

This is a huge milestone for the deployment of clean, renewable energy from tidal stream and we hope it will be the first of many tidal turbines installed in Japan.