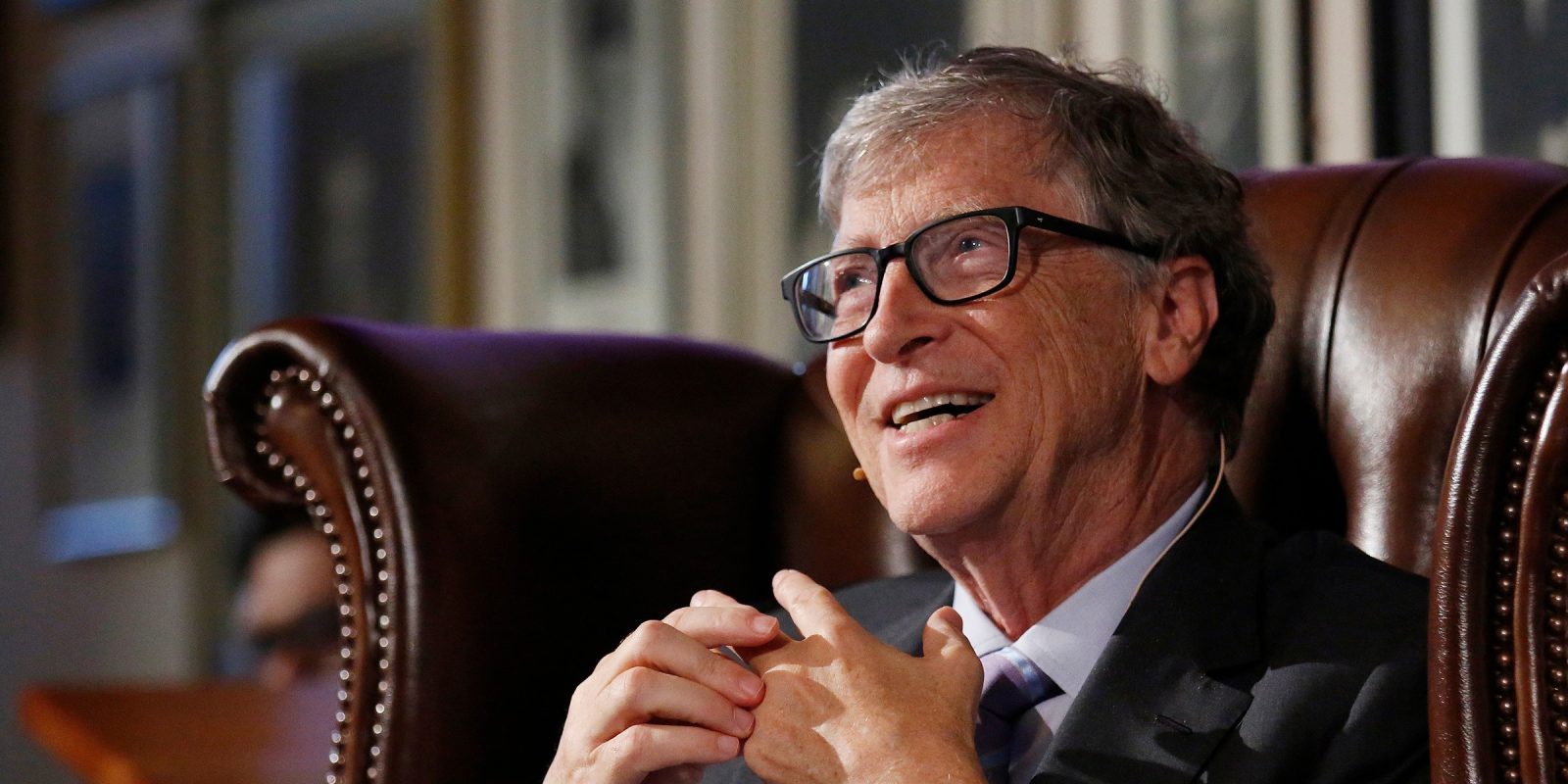 Microsoft cofounder, philanthropist, and innovator Bill Gates just released his much anticipated book, How to Avoid a Climate Disaster: The Solutions We Have and the Breakthroughs We Need. He describes it, simply, as “a plan for eliminating greenhouse gas emissions.” And as usual, the internet is responding with polarized excitement and conspiracy theories.

Gates came to turn his attention to climate change through his Gates Foundation work on the problem of energy poverty in such places as sub-Saharan Africa and South Asia.

He guest edited for Fortune magazine today on a package called Blueprint for a climate breakthrough – the first-ever guest editor in Fortune‘s 91-year history. Clifton Leaf, the editor-in-chief of Fortune, explains why Gates’ climate book inspired their editorial team to ask him to collaborate with them:

In the midst of the death and economic destruction of the coronavirus, Bill — like so many other experts and globally minded citizens — could see what was lurking just over the horizon: an even more colossal danger to life as we know it.

And it turns out, he’d written a book on it.

When I read that book, How to Avoid a Climate Disaster, which debuts today, I was struck by how clear the message is. In my own view, Bill has written the most comprehensible explanation for what’s driving our warming planet; how to measure the impact of the myriad contributions to this staggering and seemingly incalculable problem; and ultimately how to go about finding more effective approaches to each of them. It’s the closest thing I’ve seen to a how-to guide for addressing the climate crisis. And I knew then that I wanted to devote Fortune, for a day at least, to getting out that message. The next step was to see if Bill wanted to be part of that effort, and I’m thrilled he agreed.

Gates also released a video on February 14 explaining his reasoning for writing How to Avoid a Climate Disaster, and states of his outlook, “It’s our power to invent that makes me hopeful”:

As Electrek reported in December 2016, Gates and other notable billionaires from Richard Branson to Jack Ma founded Breakthrough Energy, a $1 billion fund to invest in and scale up clean energy tech and innovation in order to help the world to reach net zero by 2050.

It’s grown since its founding, and in a post today, Gates explained Breakthrough Energy to Fortune:

[Breakthrough Energy] is a network of programs, funds, and advocacy efforts, all designed to get clean-energy technologies into the market faster.

And then deployed at scale.

As Breakthrough Energy’s Amy Harder tweeted, it’s redesigned its website so that it’s easier for everyone to understand what it’s working to achieve:

Gates sees Breakthrough Energy as one tool to implement the ideas in his book, as he explains on his blog, Gates Notes:

We’ll be supporting great thinkers and cutting-edge technologies and businesses, as well as pushing for public- and private-sector policies that will speed up the clean energy transition. Over the coming weeks and months, we’ll be turning the ideas in my book into action and trying to turn this plan into reality.

Why do so many people mistrust Bill Gates?

First of all, a disclaimer. I used to write and edit for News Deeply, and one of our projects, Women’s Advancement Deeply, was funded by the Bill & Melinda Gates Foundation. We got to do great, meaningful work on important issues. We were grateful for the financial support.

And once again, Gates is putting his money behind another topic I care about. As a result, I have a positive bias toward him.

So I don’t understand the hatred or the fear other people feel. I googled, “Why do people hate Bill Gates?” There are a lot of articles. It turns out, for example, that a Forbes writer doesn’t get it, either. John Brandon explored the conspiracy theory that Gates wants to inject microchips in people. He concluded that the theories are so bizarre that people must just hate billionaires.

Oh, and he’s not responsible for COVID, either – Reuters fact checked that bizarre theory. In fact, Reuters helpfully lists all those COVID conspiracy theories about Gates:

Many instances of misinformation related to COVID-19 have referenced Gates. These include, but are not limited to, a false claim that the pandemic is a hoax in which an old Gates quote about pandemic readiness is used (here); false or misrepresented claims that Gates plans to microchip people to fight coronavirus (here and here); a false claim that the Bill and Melinda Gates Foundation was linked to conspiracy over patents (here); and a false claim that linked Bill Gates to a pharmaceutical company that may develop a vaccine for the virus (here).

Today, Twitter is freaking out about Gates suggesting we reduce our meat consumption, just one small part of his suggestions to help tackle climate change. Senator John Cornyn (R-TX) dove right in this afternoon with a response (since nothing else is going on in Texas):

So I’ll be honest. I find the hysteria exasperating. I’ll leave you with another Gates video that I find immensely helpful that explains what we can all do to fight climate change. And no, I’m not worried he’s going to put a microchip in my veggie burger or my much-anticipated COVID vaccine. He has better things to do.

Let us know your (non-conspiracy-theory-based) thoughts in the comments section below.