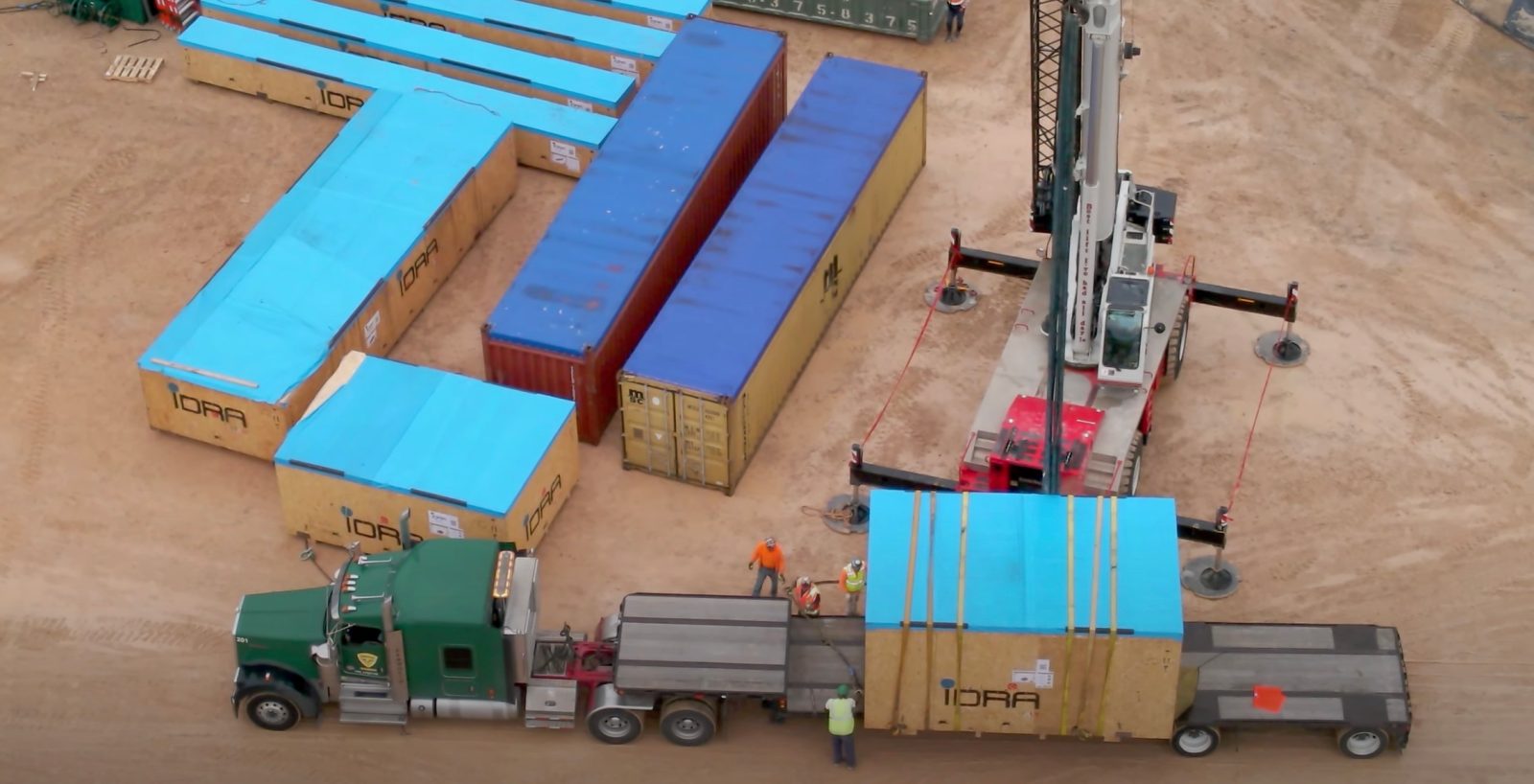 Tesla has taken delivery of a massive “Giga Press,” which is believed to be the world’s largest casting machine, at Gigafactory Texas.

In recent years, Tesla has been focusing on casting technology to produce larger parts of its vehicles in bigger pieces.

We recently reported that Tesla is now producing the Model Y with one giant rear-underbody that used to be made of 70 parts.

That’s possible due to Tesla’s first press, which was installed at the Fremont factory and put in operation last year. The machine, nicknamed Giga Press, is the first of its kind and is produced by Idra Group in Italy. It has a clamping force of 55,000 to 61,000 kilonewtons (5,600 to 6,200 tf).

Tesla has introduced another of those massive machines at Fremont factory in September.

Tesla has reportedly ordered many of those machines to deploy at new factories, and now we see one coming to Texas.

Jeff Roberts did a drone flyover of the Tesla Gigafactory Texas near Austin today and spotted Tesla unloading several massive containers from Idra:

The new Giga Press arrives as Tesla is starting to make a lot of progress on its new factory under construction with several structures taking shape over the last few months.

Construction started in July 2020, and the automaker plans to achieve “first completion” in May 2021 with production expected to start shortly after.

Tesla will first produce the Model Y at the factory, and it will be followed by the Cybertruck electric pickup truck.

Earlier this month, we reported on Tesla starting to ramp up hiring for the new factory, with several new positions related to manufacturing rather than just construction.