It appears Tesla’s first Hawaiian Supercharger will be on Larry Ellison’s 3,400-person island 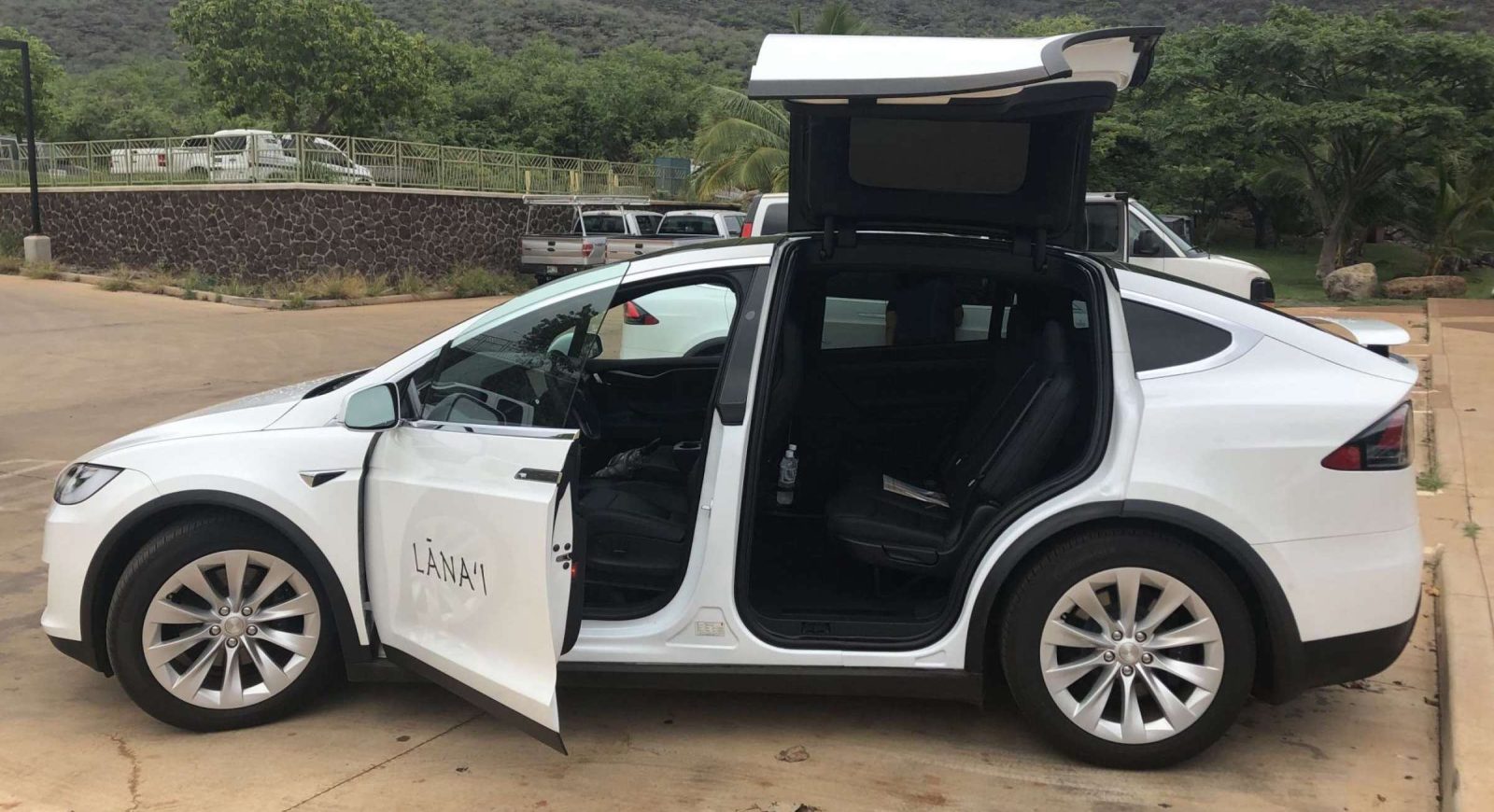 Lanai Island, a former pineapple plantation that was almost entirely (98%) purchased by Oracle founder and Tesla board member Larry Ellison for $300 million in 2012, is the first in Hawaii to see a Supercharger permit filed by Tesla.

The permit, filed in the county named of its bigger neighboring Island of Maui, can be seen here and contains the following language:

Note: Partitions in handholes not required due to 600V insulation for all conductors. Conductors with similar voltages/electrical systems should be idetified and bundled. New Solar Powered Light Poles exempt from fees.

The 145-square-mile island doesn’t have any traffic lights, only 30ish miles of paved roads and the 3,400 person population lives almost exclusively in the small Lana’i City, pictured below, with the proposed Supercharger location (via Supercharge.info):

This would seem to indicate that the chargers would be of the Urban Supercharger variety and in likely service of Larry Ellison’s Four Seasons Hotels, which rely on Model X vehicles to shuttle guests to and from the airport and around the island’s luxury amenities.

Ellison plans to convert the island’s power from diesel to solar/battery, and obviously Tesla’s expertise here is likely to be tapped.

Tesla has disclosed selling some Tesla Energy products to board members. James Murdoch purchased a $600,000 Powerpack system from Tesla and charged $400,000 to “a company affiliated” with Larry Ellison to produce a “preliminary design” for “the potential future implementation of a Tesla Energy system.”

Hawaii in general has been massively moving from its diesel generating past to solar power and plans to be 100% renewable before 2040.

Certainly from an optics standpoint, putting a Supercharger station or three in heavily populated Oahu would help a lot more Tesla owners in Hawaii. Lanai’s population is largely lower income in service of the resorts and unlikely to be Tesla owners, so this station is basically Larry’s.

Sure, all of the Hawaiian islands are relatively small, and long-distance road travel is all but impossible. But Urban Superchargers would certainly help out the apartment- or condo-dwelling Tesla owners in Oahu with a fast charge so they don’t have to park their cars for long sessions at Level 2 chargers. We’ve heard from many who either buy a $450 Chadamo adapter or find themselves leaving their cars at public charging stations overnight, which seems suboptimal.