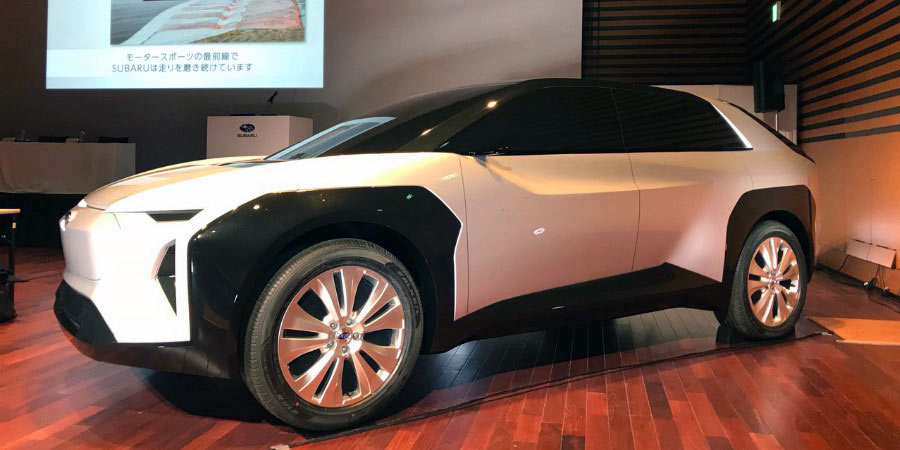 Subaru has announced a new upcoming all-electric car, which will be a Forester-sized vehicle, in one of the weakest electric vehicle announcements we have seen to date.

Like its part-owner Toyota, Subaru has been tentative in making all-electric vehicles, and instead, they have been betting on hybrids.

The Japanese automaker has been indicating that they are working on an all-electric SUV for the last few years after unveiling a very early concept – pictured above, but the timing of the release of the electric vehicle has been vague.

Now the automaker has made the announcement official in a short press release:

Subaru Europe, the subsidiary of Subaru Corporation in Europe, today confirmed the company is preparing for the launch of a full electric vehicle. Scheduled for introduction in the first half of 2020s, Subaru’s all-electric vehicle will be a mid-size SUV, similar in size to the Subaru Forester model. It will be built on a platform shared with Toyota.

Subaru only offers a vague timeline in the “first half of 2020s” and says that more information is going to be released next year.

Also, the automaker made the announcement through their European subsidiary, which could indicate that the electric vehicle is only coming to Europe, where emission regulations are stricter.

Seriously? That’s what you’ve got Subaru?

An electric Forester sounds awesome, but rumors have it that this is not coming until 2025.

If that’s Subaru’s first all-electric vehicle, I am seriously concerned about their capacity to survive.

They have said that they are also working on an electric crossover that could be coming sooner, but their all-electric effort is definitely underwhelming.

They still have a strong brand, especially in some markets where all-wheel-drive vehicles are popular, but if they are still a while away from their first all-electric vehicle and they are also going to rely on Toyota’s electric platform, this is not looking good.