All-electric Subaru Evoltis, with oddball design, to be unveiled in 2021

In a Tokyo press conference in January 2020, Subaru showed the first design study for a pure-electric crossover to be developed with Toyota. At the time, Auto News said it wasn’t going into production until 2025. New reports from Japan now peg an unveiling for 2021 while confirming the name of the vehicle as “Evoltis.”

More details about the EV leaked out late last week via the Japanese auto website Response. The Subaru Evoltis will likely be an all-wheel-drive 280-horsepower electric crossover with about 300 miles of range. Of course, US range estimates will be much lower.

Carbuzz says that the new EV will be about the size of a Subaru Crosstrek. No specs were confirmed. But photos are telling the story of the Evoltis design, which is a maze of interlocking polygons and curves.

We see some reflections of the Tesla Cybertruck in the harsh angularity of lines. But no surface of the Evoltis is left untouched by an angle, bevel, or indentation. The new reports indicate that the exterior of the production version will be even more aggressive.

Critics compare it to an appliance from a low-budget sci-fi movie. There’s a clear influence from Toyota’s latest front-end design.

The design uses a primary visual trick. Wheel openings, air ducts, the lower portion of the doors, and the base of the windshield are exaggerated by the use of large blackened panels. That play of positive and negative space is echoed in the wheels. 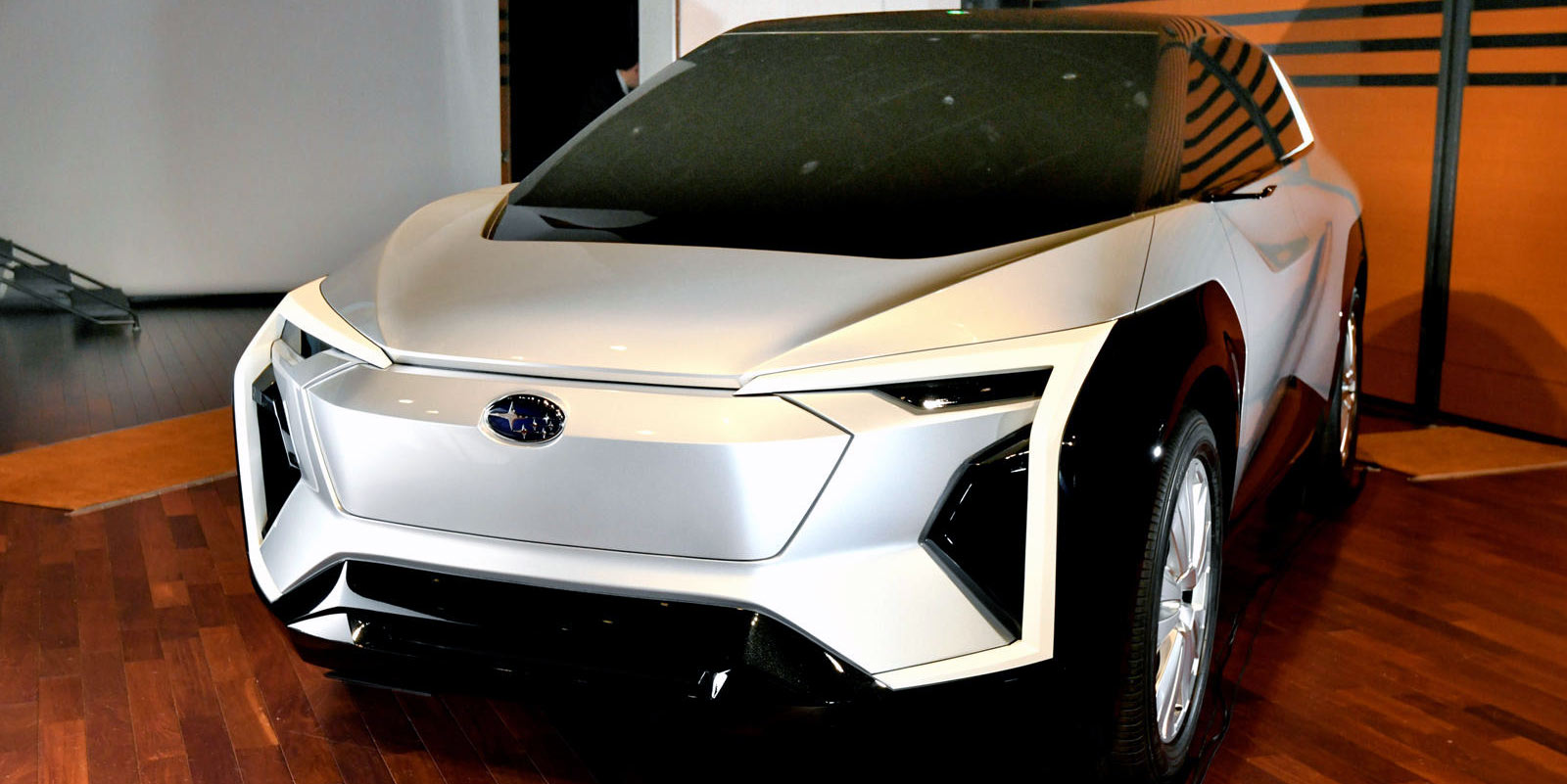 The new model will also reportedly be chock full of assisted-driving tech, including a hands-off congestion feature, lane-change assist, and something called “curve prediction automatic deceleration.”

Besides giving the model the Evoltis name, which was trademarked in 2018, the most important news is that model is scheduled for a world premiere in October 2021. That would suggest a reveal at the 2021 Tokyo Motor Show.

That could mean first deliveries as soon as 2022, but given the languid pace of EV development from Toyota-Subaru, earlier reports of a 2025 market introduction might not be far off. Subaru executives in January said:

The US market is really tough. I think that the market for electrified vehicles will take some more time to form in the US. Only Tesla’s EVs are selling well.

Subaru has a slow and tentative goal for EVs. It plans for 40% of its sales to be “electrified” by 2030.