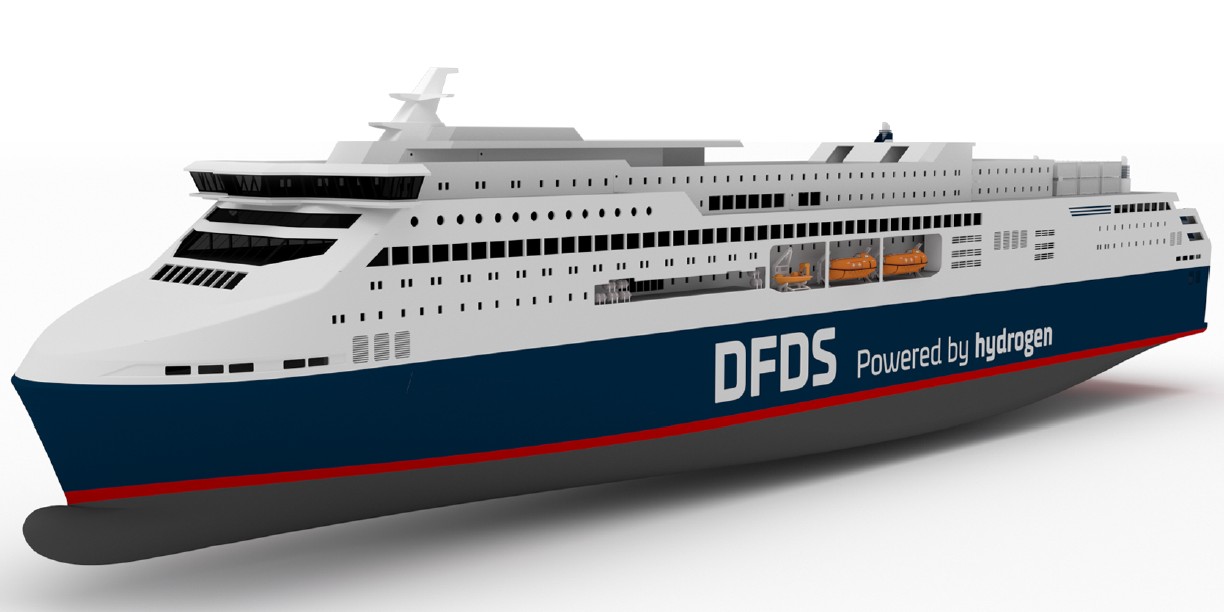 Denmark and Norway are joining forces to build what will be the world’s largest and most powerful green hydrogen-fueled ferry capable of transporting 1,800 passengers between Copenhagen and Oslo by 2027.

The two countries have applied for EU funding for the groundbreaking project. The fund targets “highly innovative technologies and big flagship projects.”

The European Commission’s Sustainable and Smart Mobility Strategy draft, which is due to be published tomorrow, states that it wants net zero vessels in operation by 2035.

The green hydrogen ferry, which will be named Europa Seaways and operated by DFDS, will also be able to carry vehicles, either 380 cars or 120 trucks, on the roughly 48-hour-long round trip. A 23-megawatt fuel cell, which is larger than any other current propulsion system, will power the ship.

Danish wind giant Ørsted will help provide the green hydrogen using offshore wind power. According to Euractiv, “the ferry would avoid 64,000 tonnes of CO2 emissions every year, the same as taking more than 13,000 passenger cars off the road.”

The largest fuel cell systems today produce only 1-5 MW, and the development of such large-scale fuel cell installations for an electric ferry is a monumental task.

We can only succeed in partnerships with companies that together can muster some of the globe’s finest expertise in design, approval, building, financing, and operation of innovative vessels.

In mid-October, Electrek reported that the world’s first hydrogen-powered ferry would be trialed in Scotland’s Orkney Islands. That project is trialing a hydrogen/diesel dual fuel conversion system. If it goes well, it could be sailing by March. But that sheds light on just how groundbreaking the Europa Seaways project is.

On Monday, the European NGO umbrella group Transport & Environment released a study stating that hydrogen should be used in heavy industry such as aviation and shipping. This will be a compelling project to watch, as if it’s successful, it will be a major breakthrough and open the door for green hydrogen in commercial shipping.