The biggest and baddest e-bike? We review the Super Monarch Crown AWD 1500 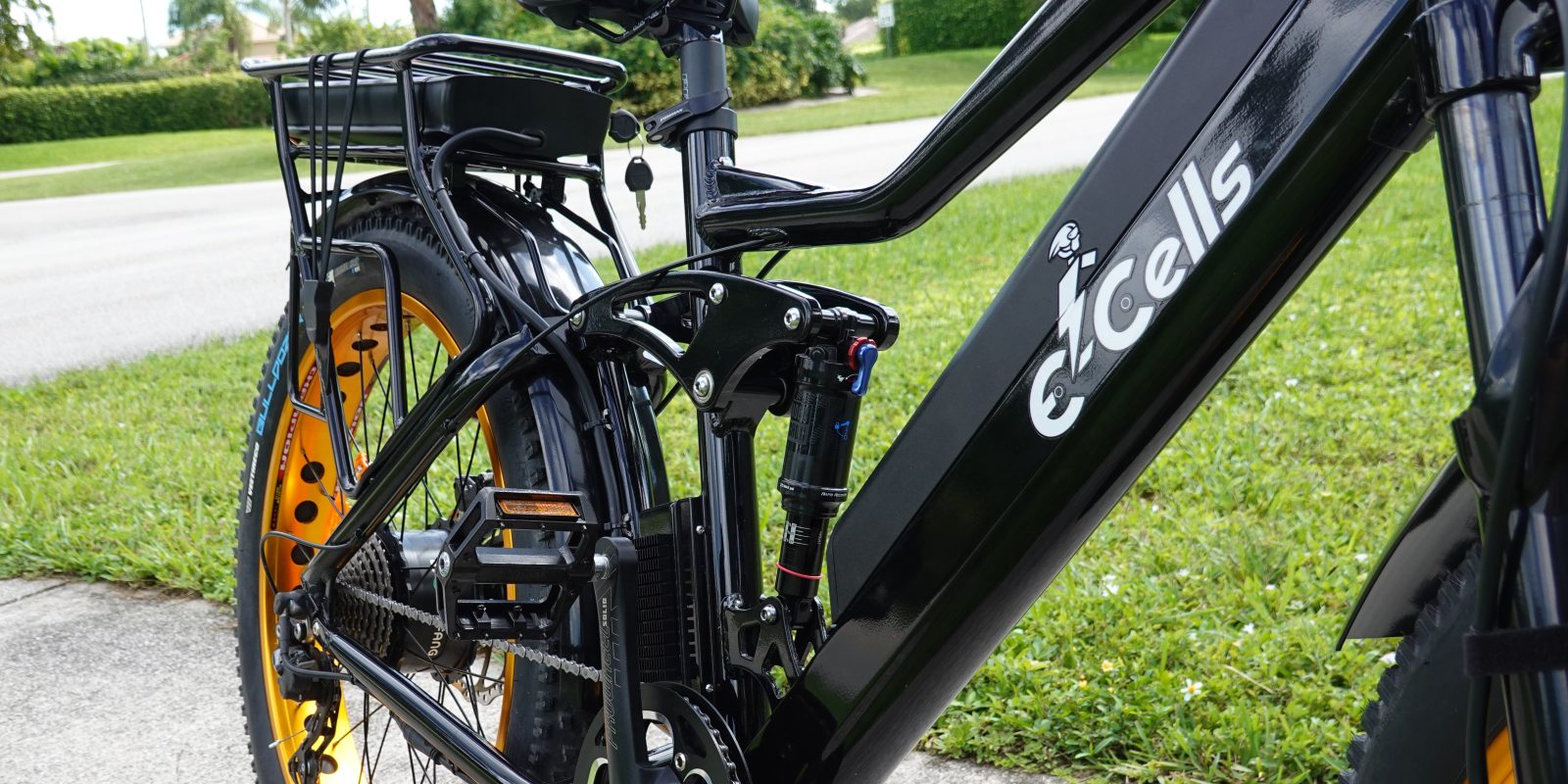 The Super Monarch Crown AWD 1500 electric bicycle from E-Cells is an absolute masterclass in excess. With dual 1,100W peak motors, dual batteries, and dual suspension, it has more everything than almost anybody needs. And that is what makes it such an awesome ride.

As this review taught me, sometimes “too much” is the perfect amount.

See this beast of an e-bike in action by checking out my short video review below. Then read on for the skinny on this extra fat e-bike.

Why does this e-bike exist?

A lot of people’s first question when they see the Super Monarch Crown AWD 1500 is “What is it?”

The next most popular question is probably “Why is it?”

The ridiculous 2,200 watts of power between two motors are there to give the Crown its incredible pulling power. Not only can it haul huge loads (up to 400 lb or 181 kg, not including the bike!), but it can also climb just about any hill you throw at it.

The dual motors might sound ridiculous, but that power is what helps the bike overcome absolutely everything.

Next, the dual batteries. A total of 1,638 Wh might seem like overkill, but those massive motors and 45A controller certainly appreciate the extra capacity. Range is a tricky thing to calculate on a bike like this. Baby it on pedal assist and you might get 60 miles (100 km). Ride up sandy hills all afternoon and you could get a third of that. But any way you slice it, those two big batteries are there to feed the hungry motors and make sure your rides don’t come to an untimely end too soon.

And what about that dual suspension?

On an e-bike this big (95 lb!), that’s a lot of mass to have flying around at 30+ mph. When you hit bumps, the suspension keeps the bike and anything attached to it (i.e. you) from rocketing up into space.

While I have done trail riding on the Super Monarch Crown AWD 1500, and while the RockShox and RST suspension is certainly more than enough for the trails, I find it is great for urban riding because you can hop curbs and tackle potholes with nearly reckless abandon.

So now that we’ve covered the “what?” and the “why?”, let’s get down to brass tacks. This e-bike is all about conquering. Its utility lies in its excess.

I can hit a top speed of around 32 mph (51 km/h), which means that in most places in the city I ride like a vehicle on the road, the way nature intended. No longer am I a measly second-class cyclists citizen getting passed dangerously close by careless motorists. Instead, I’m owning my lane and traveling at the speed of traffic. (I should also note that the bike can be limited to 20 or 28 mph to conform to local e-bike laws.)

When that traffic grinds to a halt, suddenly I can become a cyclist again, slowing down to reasonable speeds for the bike lane and slipping past cars. The built-in lights, as well as mirrors, add to your road-presence, and I always seem to feel a bit safer on these big e-bikes with more motorcycle-style presence.

The 2,200 watts of power is a kick in the pants if you’re not careful.

The bike is prepared to drop the hammer all at once too – it’s not one of those easy-on types of e-bikes that tries to regulate power gently for you.

That’s a blessing when you just want to simply up-and-go, but new riders will want to be careful with the throttle to not overdo it on their first few rides. Fortunately, you can limit both power and speed, which may be useful for riders still getting acclimated to this level of power.

You can also select either front or rear-wheel drive, in addition to the all-wheel-drive standard. That’s another quick way to lower power a bit in a pinch.

How well is the bike outfitted?

These speeds and power levels are no joke, and I wouldn’t do this type of riding on just any bike.

The Super Monarch Crown AWD 1500 has a very nice component sheet with a number of high-spec parts designed to operate at these levels.

You can’t go fast without strong brakes, at least not safely. And the pair of four-piston Tektro Dorado hydraulic disc brakes give you the stopping confidence necessary for this fast, heavy e-bike. E-cells didn’t skimp on the rotors either. Not only are they massive 203 mm diameter rotors, but they’re also 2.3 mm thick, making them fatter than normal and able to absorb more heat without warping.

Other nice parts include a Shimano Deore 10-speed transmission, high-quality suspension, Vee Bulldozer tires instead of typical cheaper Kenda’s, KMC 10XE chain with stretch-proof treatment, and an adjustable stem. Between that adjustable stem and three different frame sizes, most riders should be able to find the perfect fit.

While we’re talking about components, I will take a moment and scold E-cells for not going with a torque sensor over a cadence-based pedal assist sensor. At this price, I would have expected a torque sensor to be standard equipment to give smoother pedal assist. Though at least with 9 levels of pedal assist compared to the typical 3 to 5 levels, you can more finely tune your desired assist.

How much does it cost?

So this is not an e-bike for the casual rider or the budget shopper.

But that doesn’t mean you aren’t getting real value here. We’re talking twice the power, twice the motor, twice the battery capacity, and twice the suspension of most e-bikes you’ll find for half the price.

If you just want to toot around the park, you don’t need this e-bike. But if you want to absolutely climb anything, jump anything, ride for days, and haul a deer out of the woods all on the same bike, this would do it for you.

Speaking of deer, they even offer it in a camo model for hunters and outdoor enthusiasts, though the standard black, red, and blue models might find more favor with average riders.

So there we have it: one ridiculous e-bike that gave me more than I asked for and didn’t once protest.

I like to say I put a bike through its paces, but the Super Monarch Crown AWD 1500 is so overbuilt that I probably didn’t even get close to pushing it to its limits.

The bike is fast, powerful, well-made, and comfortable for both urban and off-road riding.

It can conquer the suburbs and the backcountry in the same day and on the same charge of its dual batteries.

It’s more than anyone needs which means it’s the absolute perfect amount for the kind of rider that appreciates the larger things in life.

I wouldn’t want to lift this bike into a truck by myself, but I’ll ride the hell out of it any day!