Electric Ferrari — time to give classic cars a new lease of life? 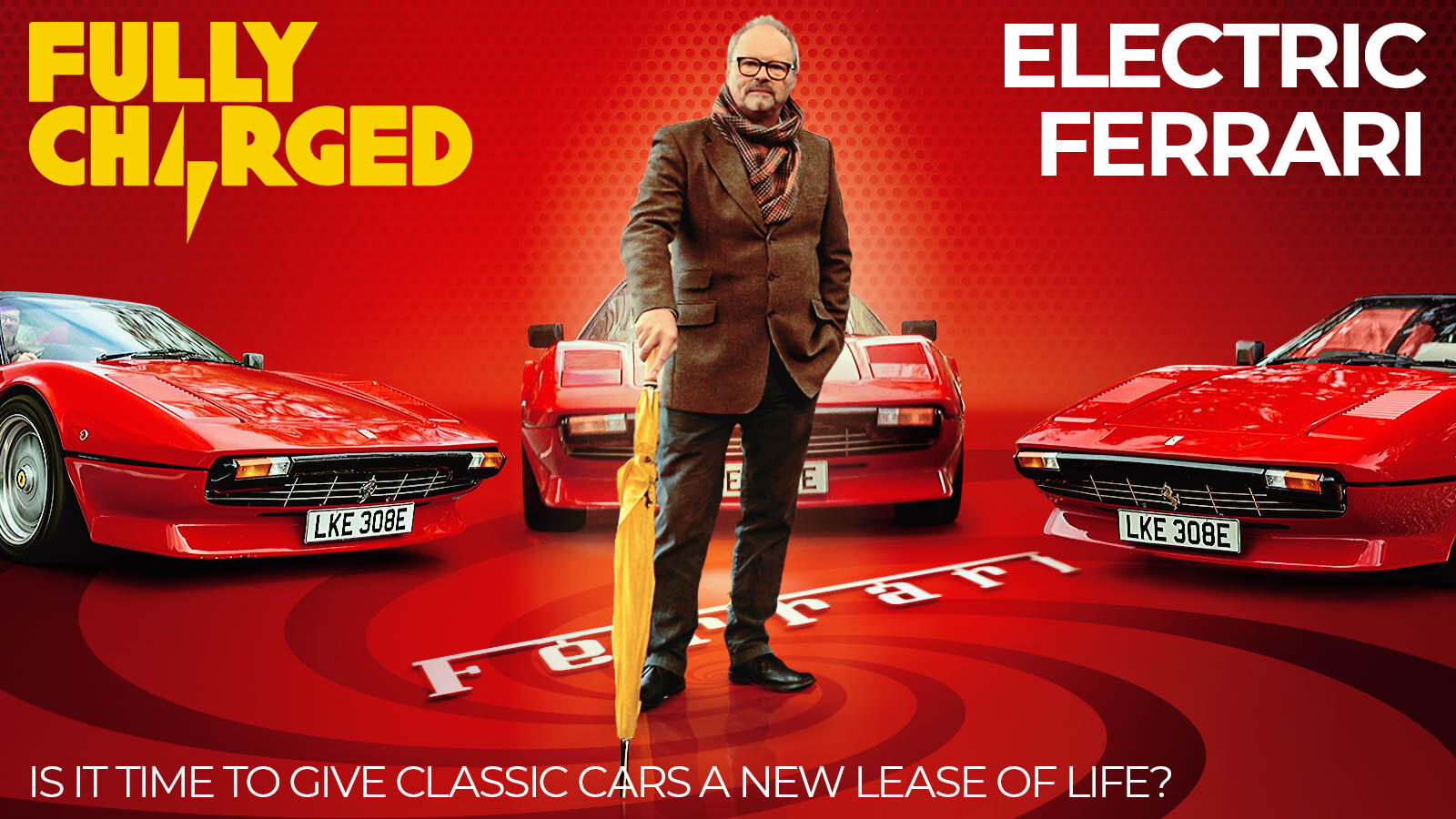 From time to time, Fully Charged receives an offer that is too good to refuse, and when a long-term friend of the show offered us his electrified Ferrari 308, we didn’t hesitate.

This is part of an ongoing collaboration between Fully Charged and Electrek.

While the sheer scale of combustion engine cars that are converted to electric remains to be seen, conceivably, conversions could become an entirely new market. A number of companies are making inroads in this most intriguing of markets, including New Electric in Ireland and the Netherlands working on open source conversions, and Transition One in France that convert an array of smaller combustion engine cars. In North America, cool conversion shops like EV West in California, and Moment Motors in Texas, are popping up, and in England, Electric Classic Cars, who worked on the Ferrari in question, have featured a few times on Fully Charged.

Taking this Ferrari out for the first time was a little frightening. The car is surprisingly light and lacks traction control, but in spite of a lack of power steering, it is easy and fun to drive. This powerful red car is a 1982 vintage Ferrari 308 that boasted a 208hp V8 engine until it was recently converted to electric. While the original exterior and interior remains, it now outperforms its original metrics in every category.

When the owner, Peter Brazier, decided to convert the car, he turned to Electric Classic Cars to give it the love and care it deserved. The engine and parts were sold back into the used market and were “recycled” back into other Ferraris. And while it was not a cheap process, the Electric Ferrari now benefits from the motor from a Tesla Model S P85 and batteries from LG Chem. And Peter is even considering plugging it into his house and providing a vehicle-to-grid option going forward.

When it comes to the statistics, though, the transformation is breathtaking. The car no longer has 208hp, but a 500hp electric motor. The fully “fueled up” Ferrari’s weight has decreased from 1509 kg to 1490 kg, and the weight is now distributed more evenly, 50:50 front and rear, as opposed to the 43:57 ratio as a result of the engine at the rear. As such, its 45kWh battery offers, when driven with care, a 150-mile range. But if you don’t want to drive your Ferrari in such a subdued manner, it offers a top speed of 165mph, previously 140mph, and goes from 0-100km/h in 3.8 seconds, more than twice as fast as the previous 7.8 seconds.

After all of this, Peter now owns an electric Ferrari, that while much quieter, is lighter, faster, accelerates more quickly, goes further and gets used much, much more. So, while some might think this is sacrilege, in an instance when a classic in the garage, more than it is getting used, surely converting to electric is a kindness, not a crime? And for everything else, those that couldn’t be considered a classic should all be electric one day.