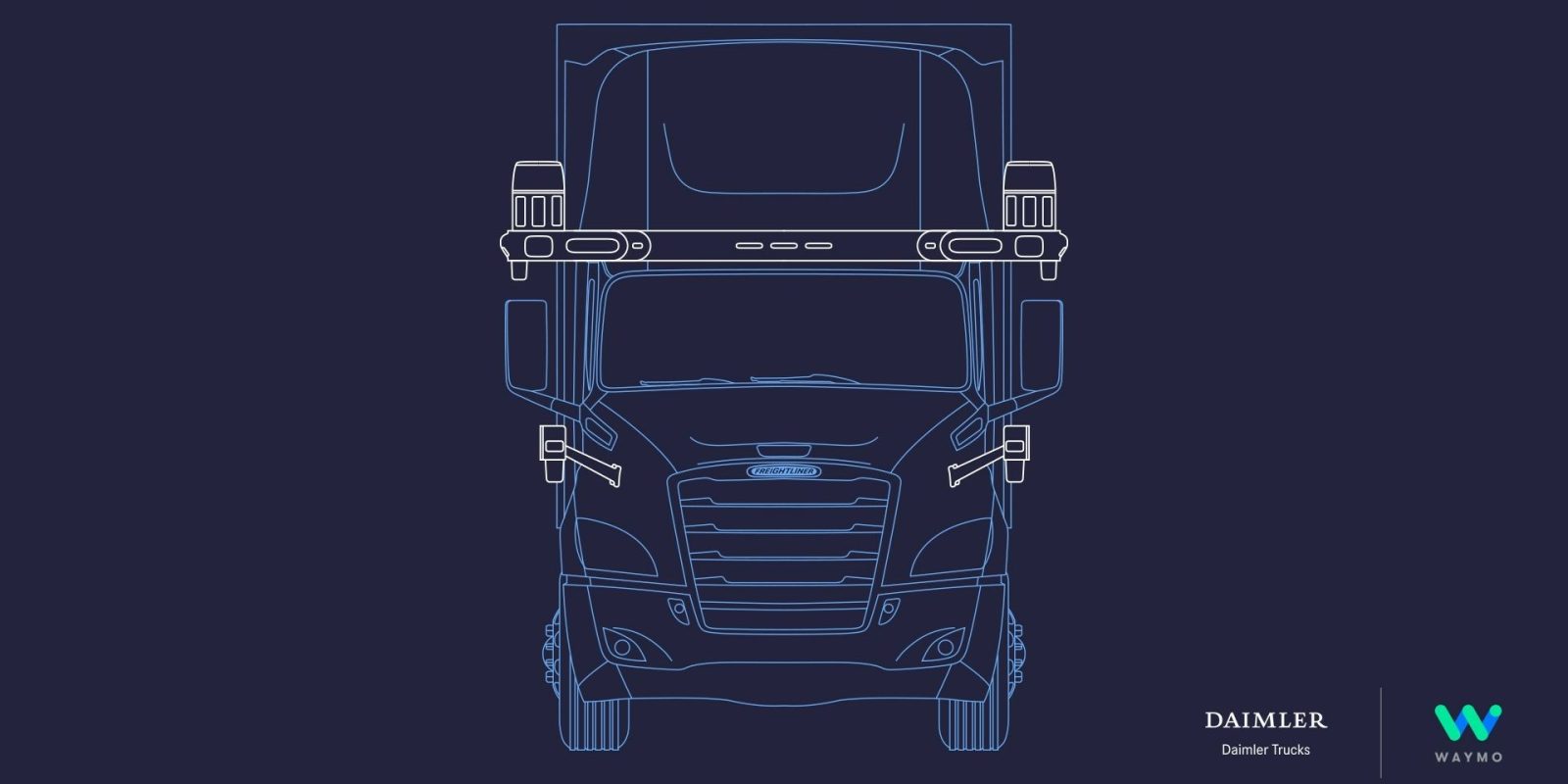 Waymo and Daimler have announced a new partnership to bring the former’s autonomous driving technology to the latter’s semi trucks.

Recently, a widely shared report from Germany suggested that Mercedes-Benz is “giving up” on autonomous driving following the news of Waymo starting its self-driving, ride-hailing service in Phoenix, and Tesla releasing its Full Self-Driving Beta update.

Mercedes-Benz has denied this report and states that they are still developing autonomous driving technology for their consumer vehicles.

But the rumor might have started from this new partnership with Waymo, which is not about consumer cars, but trucks.

The two companies announced today that they are going to develop a self-driving Freightliner Cascadia class 8 truck:

Our initial effort will combine The World’s Most Experienced Driver with Daimler’s Freightliner Cascadia to enable fully autonomous driving. These fully autonomous trucks, equipped with the Waymo Driver, will be available to US customers in the coming years, and we’ll explore expansion into other geographies and brands in the near future. We look forward to working with Daimler to achieve our common goal of improving road safety and efficiency for fleet customers.

We have the highest regard for Daimler’s engineering skills and broad global truck product portfolio, and so we look forward to scaling the Waymo Driver, together with our new partner, to improve road safety and logistics efficiency on the worlds’ roadways.

Martin Daum, chairman of the board of management of Daimler Truck, added:

As leader of our industry, Daimler Trucks is the pioneer of automated trucking. In recent years, we have achieved significant progress on our global road map to bringing series-produced highly automated trucks to the road. With our strategic partnership with Waymo as the leader in autonomous driving, we are taking another important step toward that goal. This partnership complements Daimler Trucks’ dual strategy approach, of working with two strong partners to deliver autonomous L4 solutions that are seamlessly integrated with our best-in class trucks, to our customers.

Daimler is also working on an electric version of their Cascadia class 8 truck, but it looks like the diesel version is getting the autonomous driving technology first.