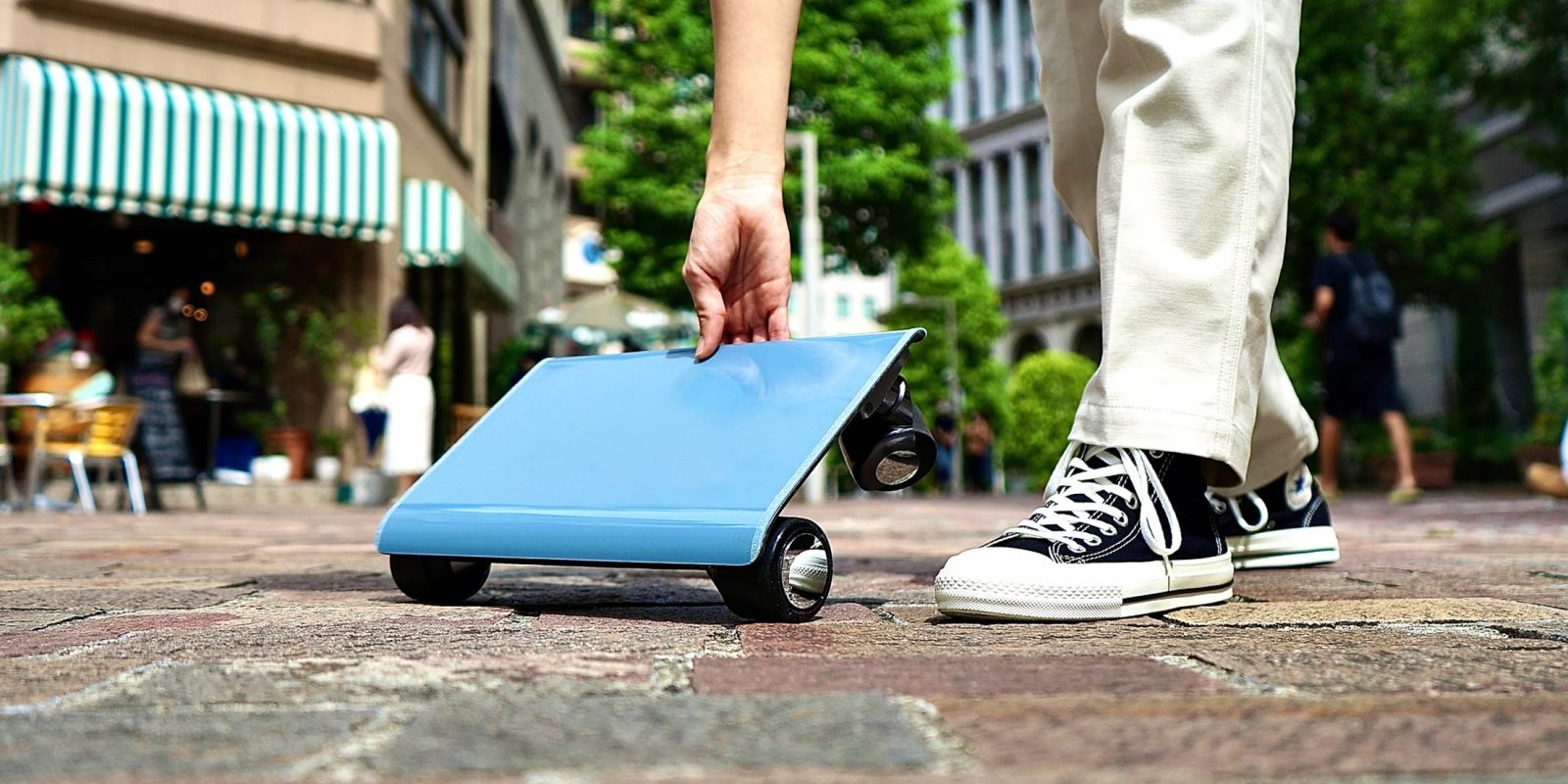 If you saw our previous reporting on the notebook-sized Walkcar electric scooter thing, you may have been disappointed to see that it was only available in its native Japan.

Cocoa Motors, the company behind the quirky little Walkcar electric scooter, has just declared that the micromobility device is now available worldwide.

Emphasis on the “micro.”

Sized and shaped like a sleek laptop, the Walkcar electric scooter features four wheels for stability. And when you’re commuting on the physical equivalent of a bathroom scale, any extra stability is likely appreciated.

The entire scooter is small enough to fit in a bag, as the company readily (and repeatedly) demonstrates.

Powered by what appears to be a pair of electric skateboard motors in the front, the Walkcar uses its two rear wheels for steering.

There’s even suspension built into all four of those little wheels.

The rear wheels both swivel when the user leans his or her body weight, and acceleration/braking is handled by deck sensors that detect forward and rearward leaning, similar to the Spectra X electric skateboard we reviewed.

While that might sound a bit odd, the Walkcar actually appears to handle quite nicely in the video below.

The Walkcar might not be terribly powerful, rated for just 260W of continuous power and 600W of peak power. But that falls in line with most electric scooters, and Cocoa Motors even claims that the baseball-plate-on-wheels can climb inclines up to 10 degrees.

There’s also a walk assist mode that travels at 6 km/h (3.7 mph), and is designed more as mobility assistance.

The battery isn’t very large either, at 68 Wh. To be fair, that’s around 50% more battery than the MacBook that shares its appearance. But it is paltry for an electric scooter and results in a range of 5 km (3.1 mi) in Sport Mode or 7 km (4.3 mi) in Eco mode.

But most people aren’t going to be commuting long distances on a device like this. I imagine that more common uses could be scooting across a large campus or riding around a shopping mall or airport. The battery is even small enough to fit within most carry-on luggage battery limits for major airlines.

At a price of $1,980, this is going to be a pretty tough sell outside of special niche uses. If I’m spending that much money on a scooter, I’d rather do it on something that’s going to take me up to 64 km/h (40 mph) on larger wheels.

But that’s just me. What do you think of the Walkcar electric scooter? Let us know in the comment section below!