Mazda MX-30 First Drive — Does this car have a perfectly sized battery? 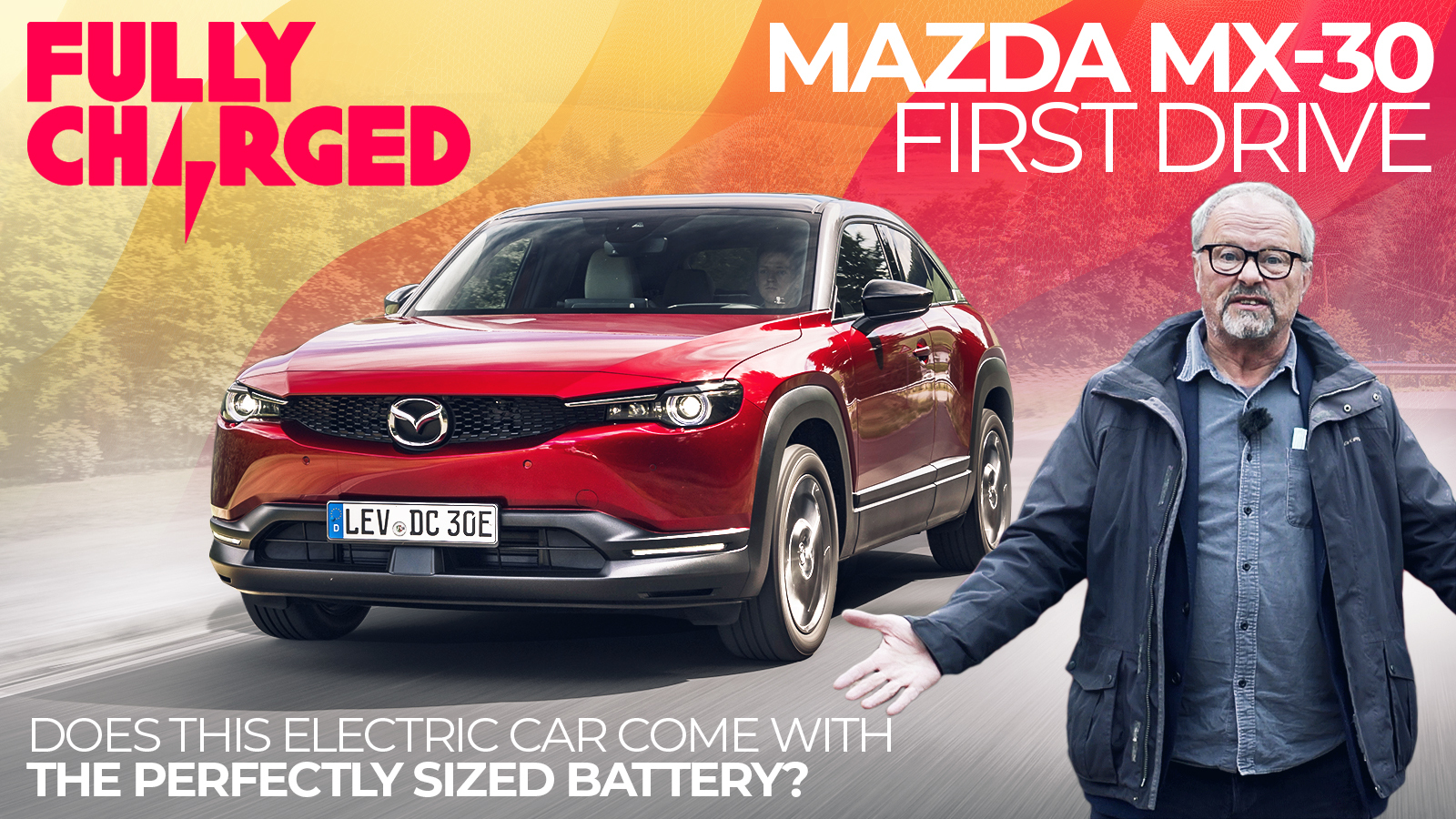 Mazda is known for its maverick streak. Where others zig, they zag, and there is much to admire in a pioneering approach. As it has innovated around the rotary engine, might Mazda be similarly innovative with its first ground-up battery electric vehicle?

[This is an ongoing collaboration between Fully Charged and Electrek. Mazda doesn’t offer an EV in the US.]

While Nissan has been a leader in electric cars, Japanese manufacturers with their legacy in plugless hybrid technology have not only been slow to embrace electric vehicles, but in some instances have been actively hostile. Toyota’s advertisements have even urged UK consumers to “choose not to plug-in,” yet at the same time they have launched the Toyota Izoa for the Chinese market. While Honda have stepped up with their urban EV, and Lexus have stealthily launched their first electric SUV, the supporting cast of Suzuki, Mitsubishi (i-MiEV notwithstanding), and others are seemingly hung up on hybrids. Not so long ago, Mazda also poured scorn on pure electric cars, but in a sign of the rapidly changing times, the MX-30 marks their first all-electric car. So how does it stack up against the competition?

Let’s start with the good stuff. Mazda is clearly an accomplished carmaker, and the MX-30 is a practical, straightforward, and well-made compact SUV. Beauty is in the eye of the beholder of course, but we quite like the exterior styling, and its interior is conservative but not unattractive. To drive, it’s light and nimble with well-weighted steering and we found the five levels of regenerative braking especially satisfying. The in-car technology is simple and functional, but doesn’t compare well with more modern user interfaces such as those in the Tesla Model 3 or the Polestar 2. While the front of the car is a comfortable place to be, the rear is not as spacious as you might expect, something that is exacerbated by the stylish but impractical “suicide doors” that are hinged to the rear.

If there is a small question mark then it’s the small size of the battery. The MX-30 comes with one option, a 35.5 kWh battery pack, which seems undersized for a compact SUV, but Mazda insists this is quite deliberate. Not only does the smaller, lighter battery bring this EV down into a lower price bracket, but Mazda’s reasoning is that as a smaller battery requires less CO2 to manufacture,  the car is less carbon intensive as a result. While we accept the premise, and we’re prepared to suspend our disbelief on this strategy, we have to ask, does this really factor in all of the externalities that the combustion engine necessitates?

The car is available to order in Europe, but when it comes to the UK in March 2021, it will cost £25,545 (around $33,000). While no announcement has been made yet, it is expected to enter the SUV-hungry North American market in time. The car offers 0-60 in a modest nine seconds, and while the WLTP range is quoted at 124 miles, we believe the “real-world” range as per the EV Database is closer to 110 miles. Not only is the battery limited in capacity, but also in terms of charging rate and cannot charge at more than 50kW. For these reasons, those looking for an electric vehicle that can occasionally cope with a longer journey might understandably discount the MX-30 from their thinking.

In the final analysis, though, it will be sales figures that determine the success, or otherwise, of Mazda’s first electric effort, and in this regard we believe that like its range, it could conceivably fall short. After years of insinuating that “electric cars don’t have enough range,” it’s difficult for legacy carmakers to unwind those carefully cultivated perceptions and say, “actually, you don’t necessarily need a big range,” even though there is some truth in it.  After all, when it comes to a straight shootout between the Mazda MX-30 and a similar electric vehicle with significantly more range, what would you choose?