EGEB: Boris says ‘UK could be the Saudi Arabia of wind power’, more 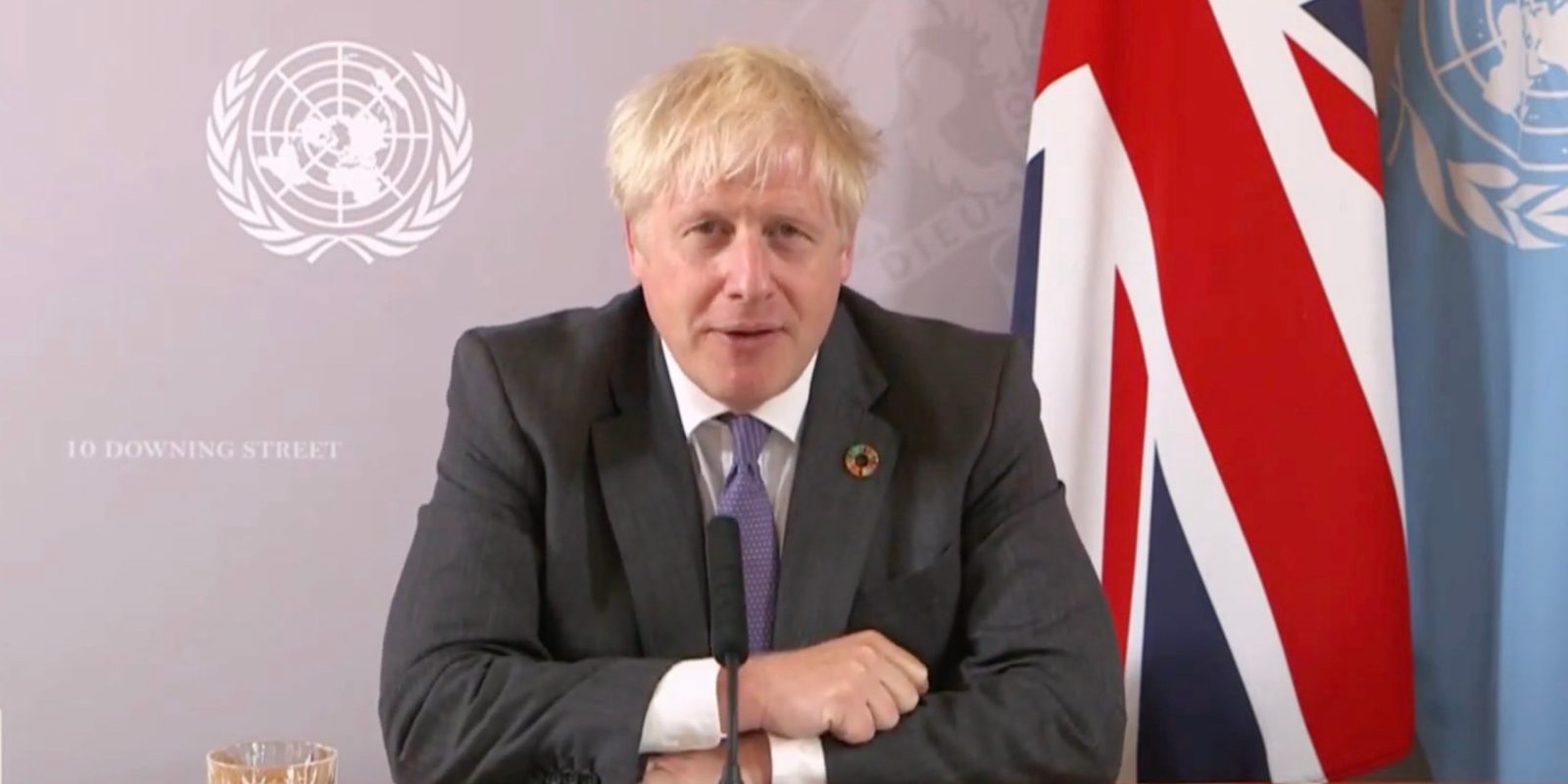 In a virtual UN Roundtable on Climate Action hosted by Secretary-General António Guterres yesterday, British prime minister Boris Johnson outlined plans for the UK’s “green economic recovery” from the pandemic, and called for all other countries to do the same. He also praised China for its new net zero plan announced this week. Johnson noted that the UK could be the “Saudi Arabia” of wind power, and that he wants Britain to take the lead in carbon capture and storage technology.

Other plans include a “big bet on hydrogen” for trucks, trains, and heavy vehicles, energy-efficiency retrofitting of homes, and bringing forward the 2040 plan to phase out ICE and hybrid vehicles and accelerate the takeup of EVs. Johnson feels nuclear has to be part of the energy mix.

Johnson announced that the UK will co-host an online event on December 12 to mark the five-year anniversary of the Paris Agreement. The event will be an opportunity for countries to announce more ambitious climate targets. Guterres then said it was an opportunity for countries to follow up on commitments with actual plans and policies. Johnson’s full speech starts at 4:15 in the video below:

Johnson’s speech was generally welcome, and the Guardian asserted that beyond Johnson’s “waffle,” it’s plans from such government agencies as the Department for Transport and the Department for Business, Energy and Industrial Strategy that will really make things happen. Johnson is not in Britain’s good books lately, with rising coronavirus cases and the widely held belief that the Tory-led government has botched the country’s coronavirus strategy:

The US House of Representatives yesterday passed the Clean Energy and Jobs Innovation Act in a 220-185 vote. According to the Natural Resources Defense Council:

This package pulls together over 60 different bills that have moved in either the Science, Energy and Commerce or Natural Resources committees and taken as a whole would significantly improve how [the US] government approaches energy systems — putting climate action, clean jobs, and reducing environmental harms to communities at the forefront of building a path toward a new clean economy.

The key attributes of the act are [via Solar Power World]:

But is this going to go anywhere? Republican senators on the Natural Resources, Energy and Commerce and Transportation and Infrastructure Committees criticized the act in a joint statement:

Here we are in the middle of a global pandemic and Speaker Pelosi wants to spend more than $135 billion on a piece of legislation that will never become law.

So that’s a… no? The Hill reports:

A senior House Democratic aide told The Hill that if the Senate passes its own bill, the chambers can go to conference to resolve their disagreements. The aide said that House Democrats urge Republicans to take some action on clean energy, either moving by their own bill or taking up the House bill.

Reuters reports in an exclusive that “India plans to offer $4.6 billion in incentives to companies setting up advanced battery manufacturing facilities as it seeks to promote the use of electric vehicles and cut down its dependence on oil.”

The proposal was drafted by NITI Aayog, a federal think tank chaired by Prime Minister Narendra Modi. It stated that if EVs were widely embraced, India could slash its oil import bills by as much as $40 billion by 2030.

India plans to retain its import tax rate of 5% for certain types of batteries, including batteries for electric vehicles, until 2022, but will increase it to 15% thereafter to promote local manufacturing, the document said.

The policy could benefit battery makers such as South Korea’s LG Chem (051910.KS) and Japan’s Panasonic Corp (6752.T) as well as automakers which have started building EVs in India such as Tata Motors (TAMO.NS) and Mahindra & Mahindra (MAHM.NS).