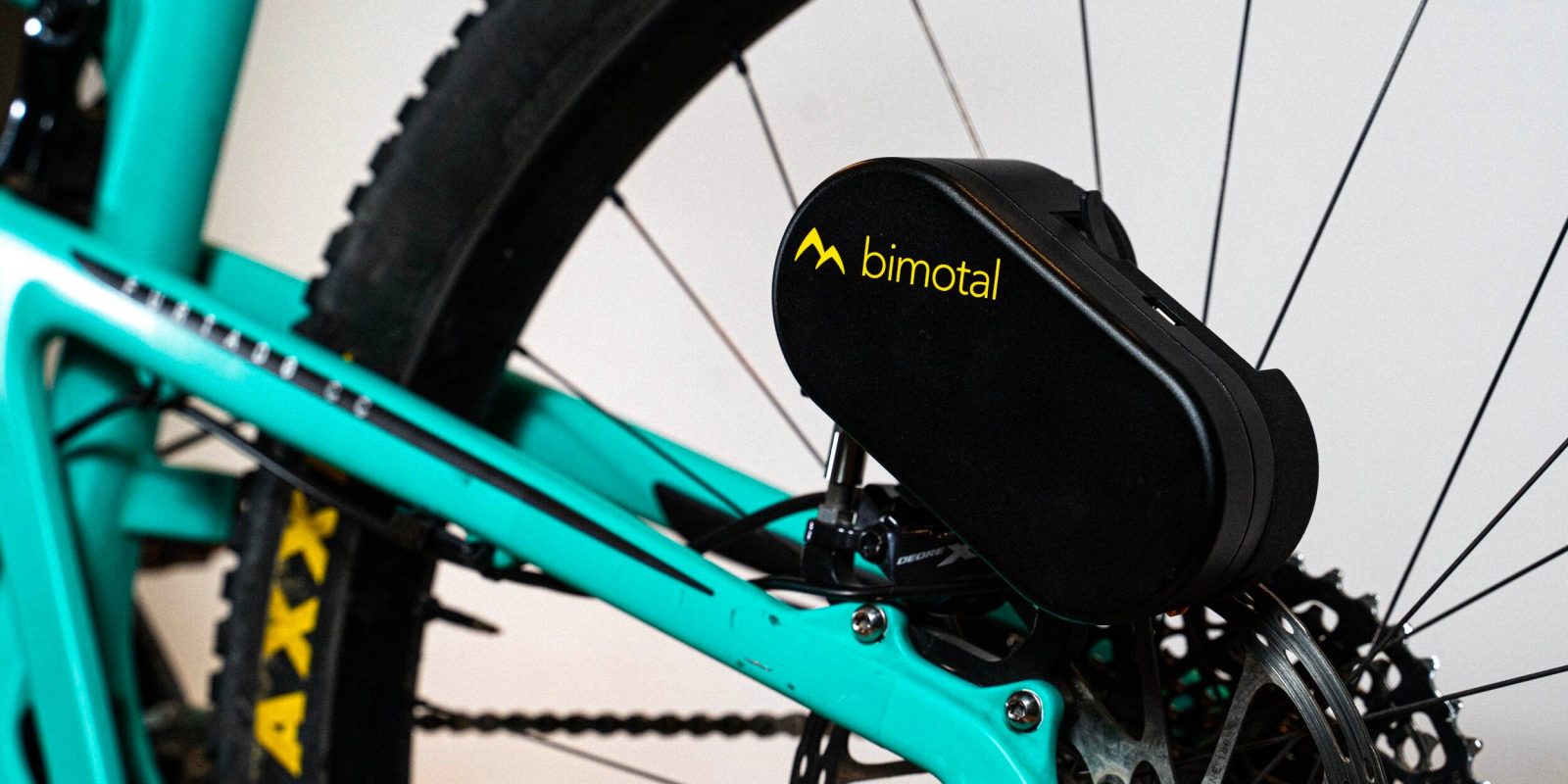 I know that sounds strange, especially considering that brakes are normally known more for their stopping power than their propulsion.

But check out the image below and I think you’ll start to understand how the Bimotal Elevate e-bike kit works.

The kit includes a large gear that is mounted directly to the disc brake rotor on either the front or rear wheel of the bike. That rotor and gear combo replaces your existing brake rotor on your wheel. The motor unit is then mounted to the frame or fork using the disc brake’s caliper mounts.

That allows a drive gear on the motor to spin the wheel-mounted gear, propelling the bike.

The unit isn’t compatible with all bikes, but should fit those with external disc brake mounts and ISO/post mounts. The San Francisco-based startup Bimotal has a page on their site with compatibility info, if you want to verify whether or not it will fit your bike.

For now the kit is designed to work with a throttle, though a pedal assist system may be available in the future.

Thanks to the novel design, the Bimotal Elevate kit has a number of advantages, including that the large drive unit can be removed using a simple quick release. That allows the weight of the motor to be removed (as well as the battery), quickly returning the bike to nearly the same state it was in before the e-bike conversion. For someone who likes to use their electric assist only occasionally as a training tool, this could be a useful feature.

The kit is also quite light and compact, with the 750W motor unit weighing just 2 lb (0.9 kg). Good luck finding a 750W hub motor that comes even close to that weight.

And with 50Nm of nominal torque and 100Nm of peak torque, the drive should be plenty punchy. It will even power riders up to 28 mph (45 km/h). Not too shabby.

Don’t expect this to be one of the more affordably priced e-bike conversion kits, though. Innovation isn’t cheap, and neither is the Bimotal Elevate kit. It’s priced at $1,950, though you can put down just $100 to reserve a kit ahead of deliveries next year.

What do you think? Will your bike be sporting a Bimotal Elevate e-bike conversion kit anytime soon? Let’s hear your thoughts in the comment section below!